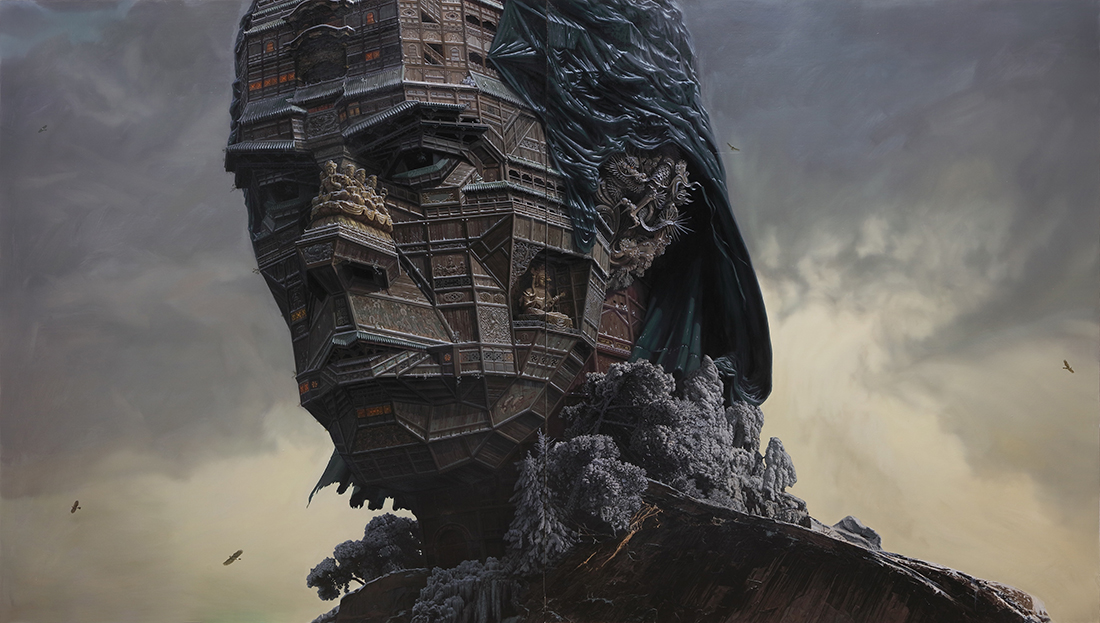 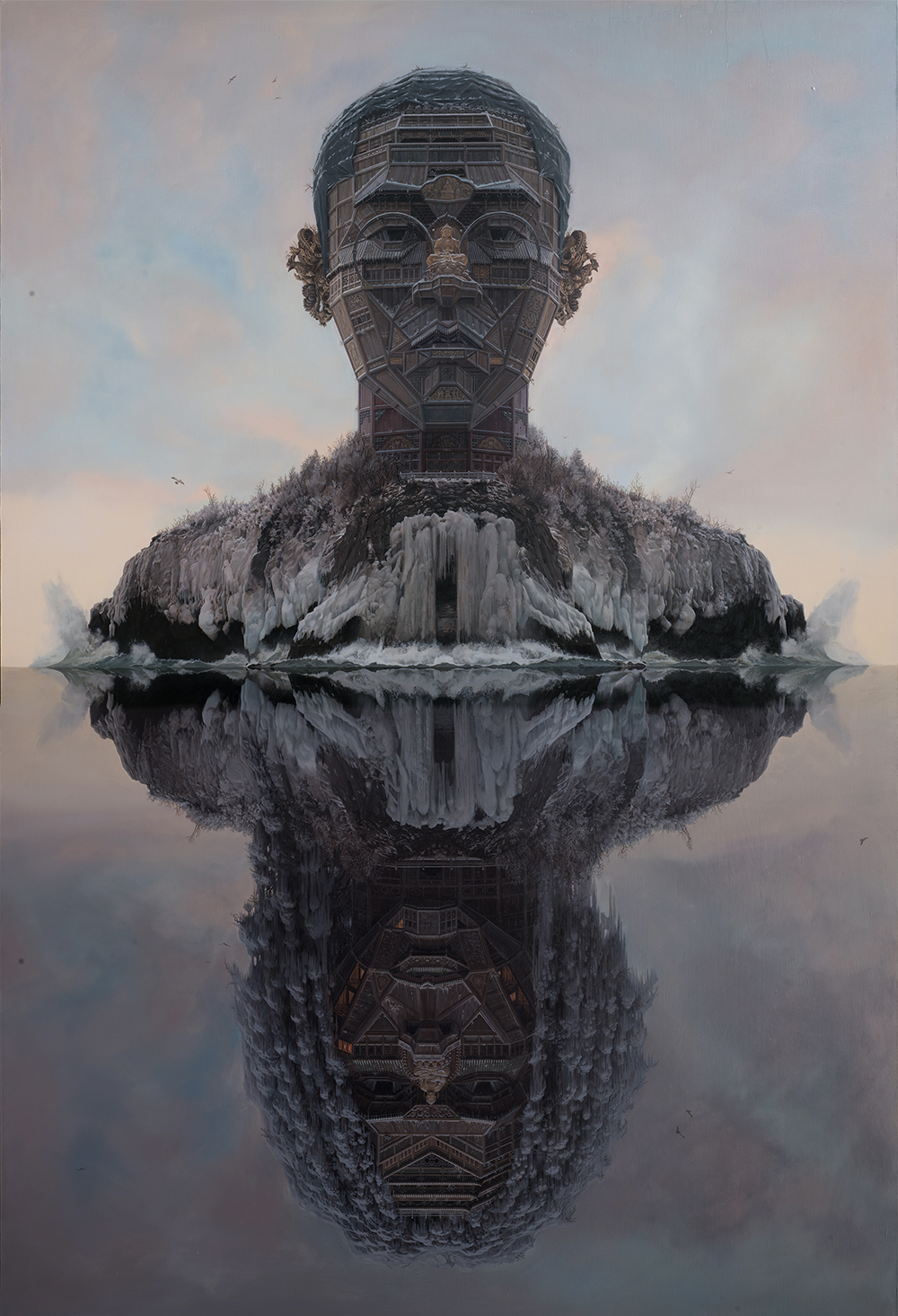 Mizuma, Kips & Wada Art is pleased to announce a solo exhibition by Du Kun entitled “Sights of the Mount Sumeru” beginning on Friday, 26th April.
He has started painting under his father’s influence since the age of four, and graduated from Central Academy of Fine Arts in Beijing with Oil Painting major. Today, he works in Tianjin as a renowned Chinese artist, known for his creative and brilliant techniques.

Developing from the cityscape paintings of his earlier career which were pervaded with an atmosphere of intense mysticism, Du Kun has advanced towards a method of expression that makes use of allegories from religious aspects and contemporary social criticism, as well as provoking thoughts on the actions of humanity. Since 2014, Du Kun has started creating his new series “Revels of the Rock Gods.” Being also a musician, his creative process has always been drawn from a fusion of famous rock ‘n’ roll stars, traditional Chinese architectures, and religion – bringing together into his work, “idols” from the stages of modern-day music, with “idols” found in traditional temples. And as such, the motifs also create a contradiction.

In this exhibition, he will show his new series of work. “Sumeru” used in the title, from Mount Sumeru is both a Hindu and a Buddhist word. According to legend, it is believed that there are three thousand different worlds and Mount Sumeru is in the center of all of these worlds. Surrounded by the eight seas and eight mountains where heaven, hell, and the mortal world coexist. It is also where the gods and ghosts dwell in. This exhibition is titled, “Sights of the Mount Sumeru,” portraying Du Kun’s imagination of the modern musical world of Mount Sumeru. Living amidst the huge mountains and vast seas, are Du Kun’s beloved great gods of music.

We warmly invite you to view the artist; Du Kun’s constantly evolving works, and his contradicting world.