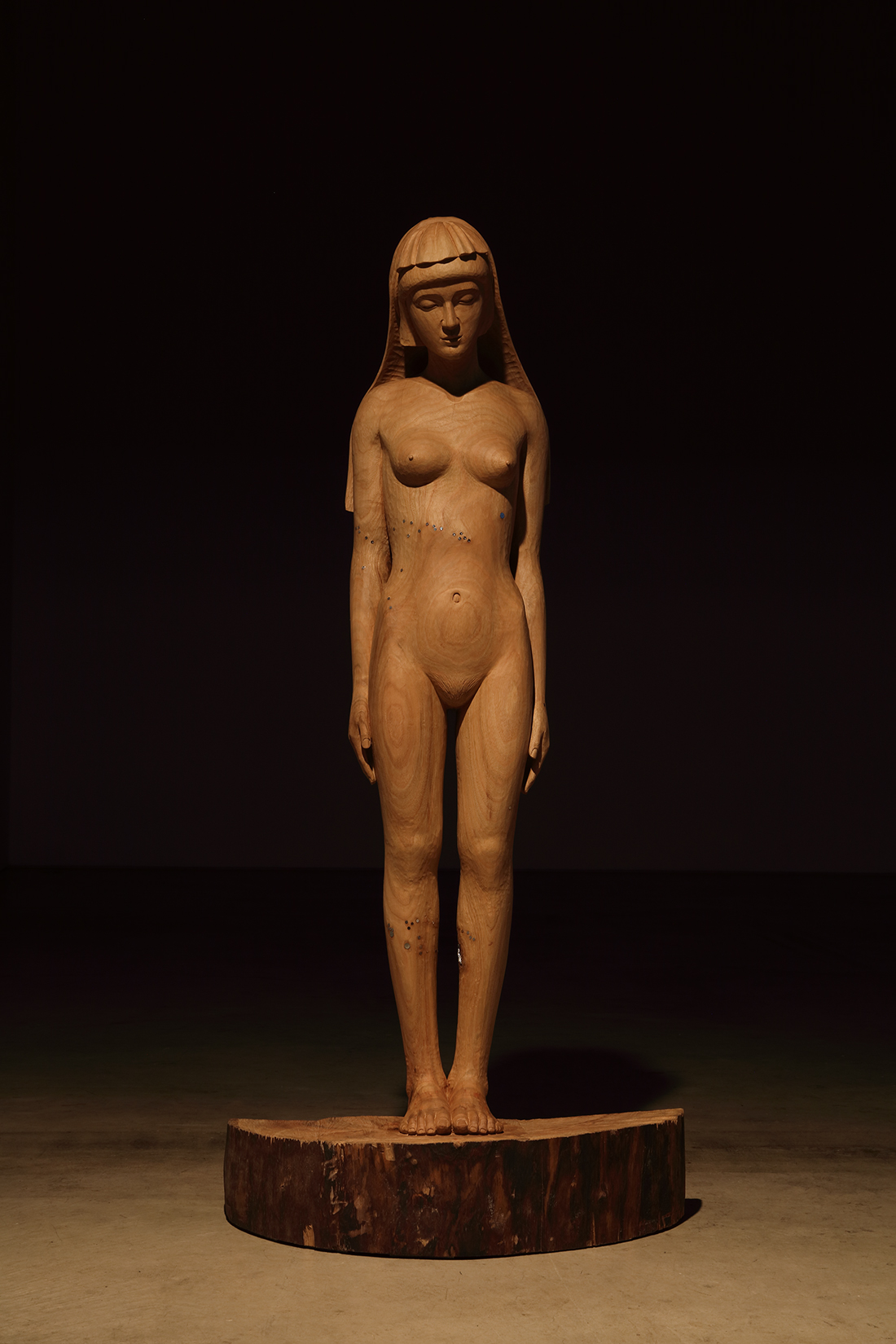 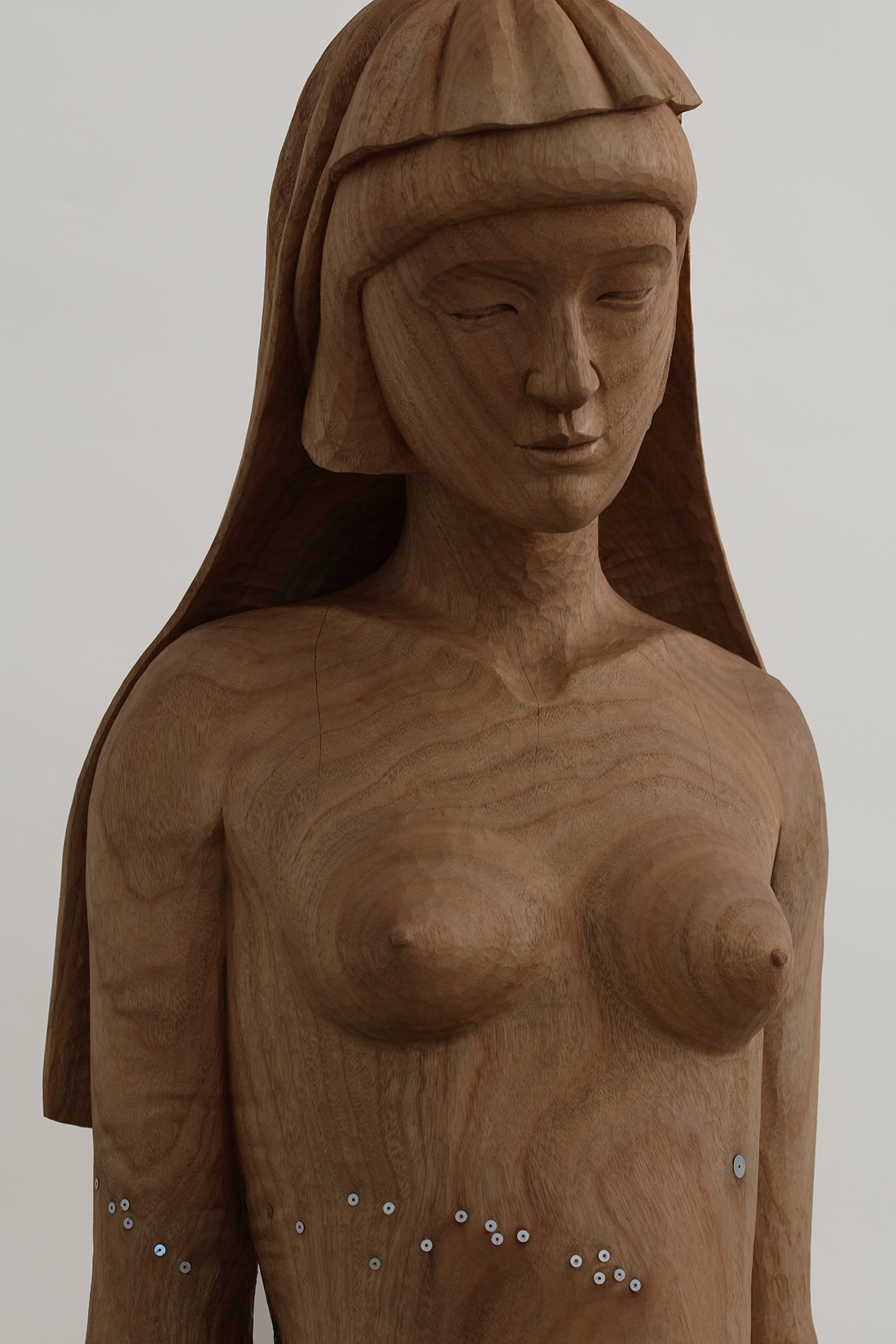 Tanada’s sculptural practice to date has continuously centred upon statues of young boys and girls who exist on the boundary lines between maturity and immaturity, the sacred and the earthly, the ascendant and descendent, traversing domains and revealing to us a seemingly infinite range of possibilities.

In his two-person exhibition with O JUN entitled “Semegu”, held at the Itami City Museum of Art in summer 2017, the artists approached the vast notion of “expression” through the contrastive approaches of sculptor and painter.

Each carved and painted, respectively, a depiction of the other as a child. They also shared a common model as the subject for their works, and held a public artwork creation session sharing the same space. Through all these approaches the sense of “one-to-one combat” between the artists, suggested by the exhibition’s title (the Japanese word semegu means a quarrel between two individuals), resulted in what Tanada later described as an almost disconcerting opportunity for the artist to directly confront himself.

One year on, his new works shown for the first time in this exhibition include nude female sculptures which seem to summon up a powerful visual world within Tanada’s practice: a departure from the depictions of boys and girls that have featured in his work to this point.

From the curve of a jawbone, seeming to lift up ever so slightly in resistance to gravity, down to the tips of feet that seem braced for the unknown: the details of Tanada’s works seem to bear a particular tension. The contrast between this tension and his figures’ maternal sense of warmth and affection preserves the delicate equilibrium within which his works exist.

These powerful female statues, freed from the contradictions of the woodblock and wrought into appearance by Tanada’s hand, at once exist on the boundary lines and are the connectors of worlds.

The act of carving away at the tree in a careful process of accumulating dialogue with it, as if gradually disrobing it of layers of clothes, could perhaps also be considered a searching for a more profound form of humanity.

What is the self? What is expression, or sculpture? We invite you to witness the lives of these trees, of which Tanada has accomplished the expression of greater depth than ever.