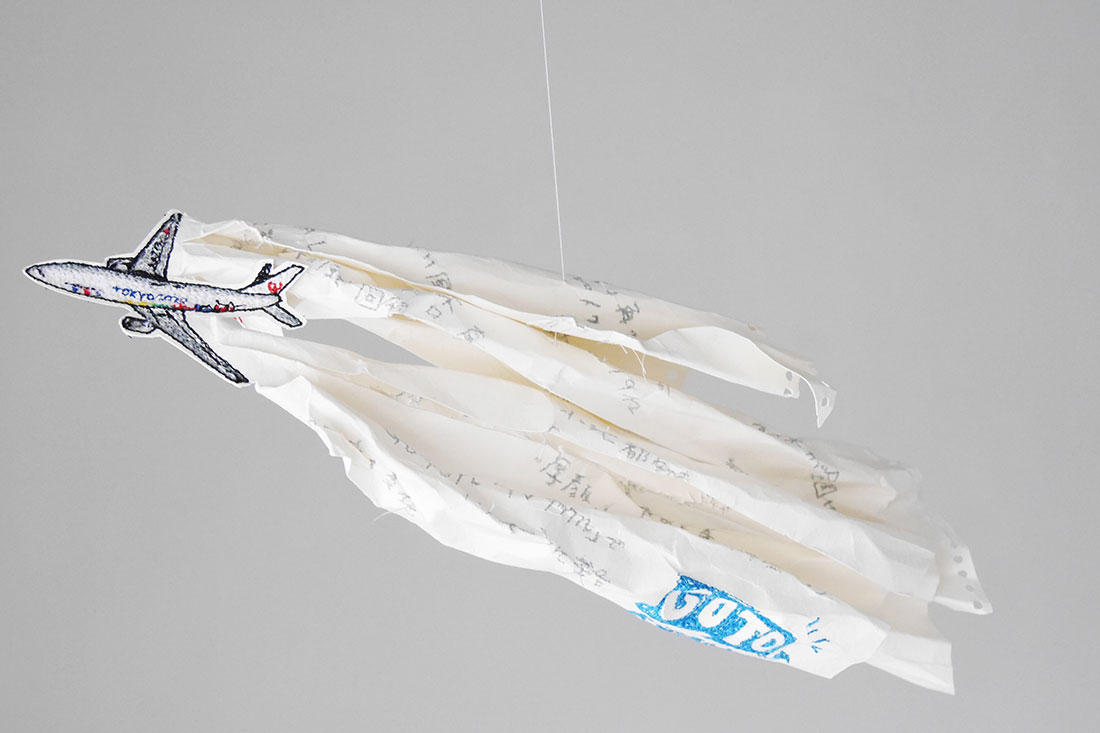 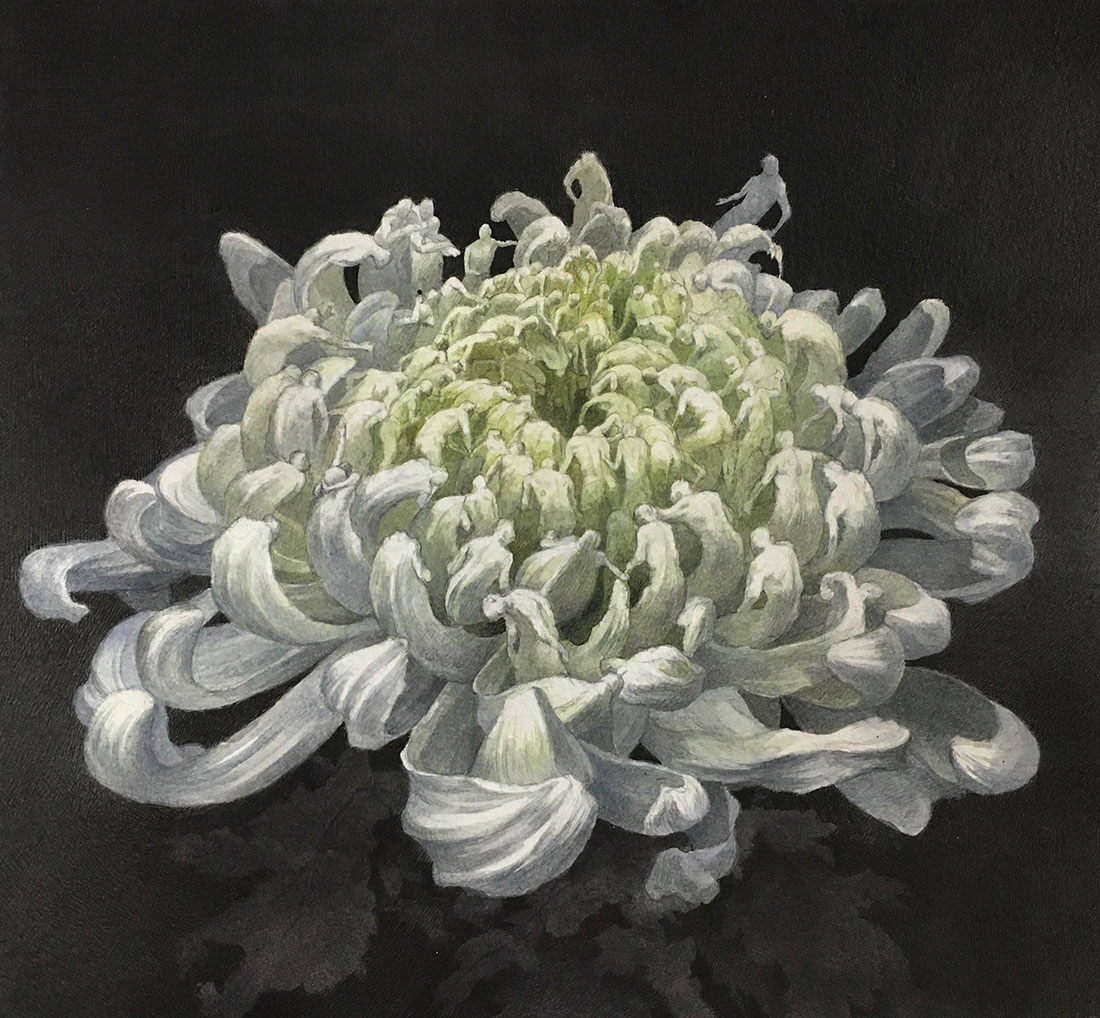 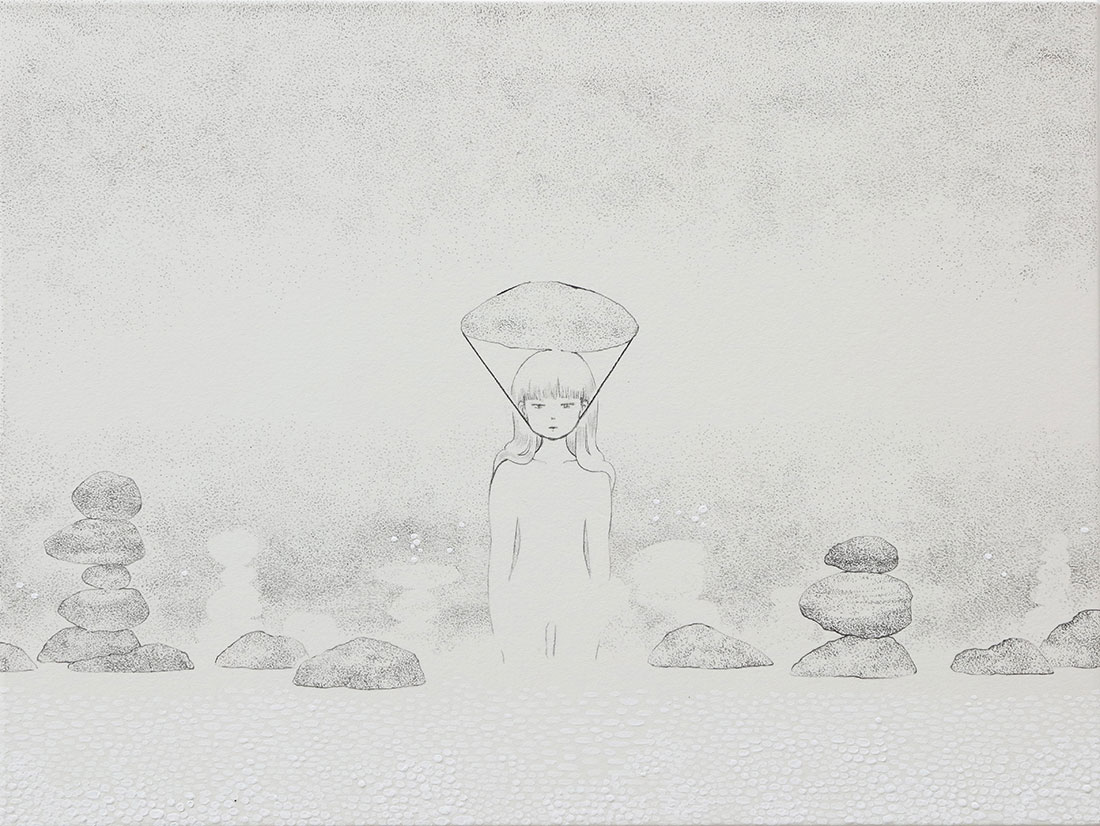 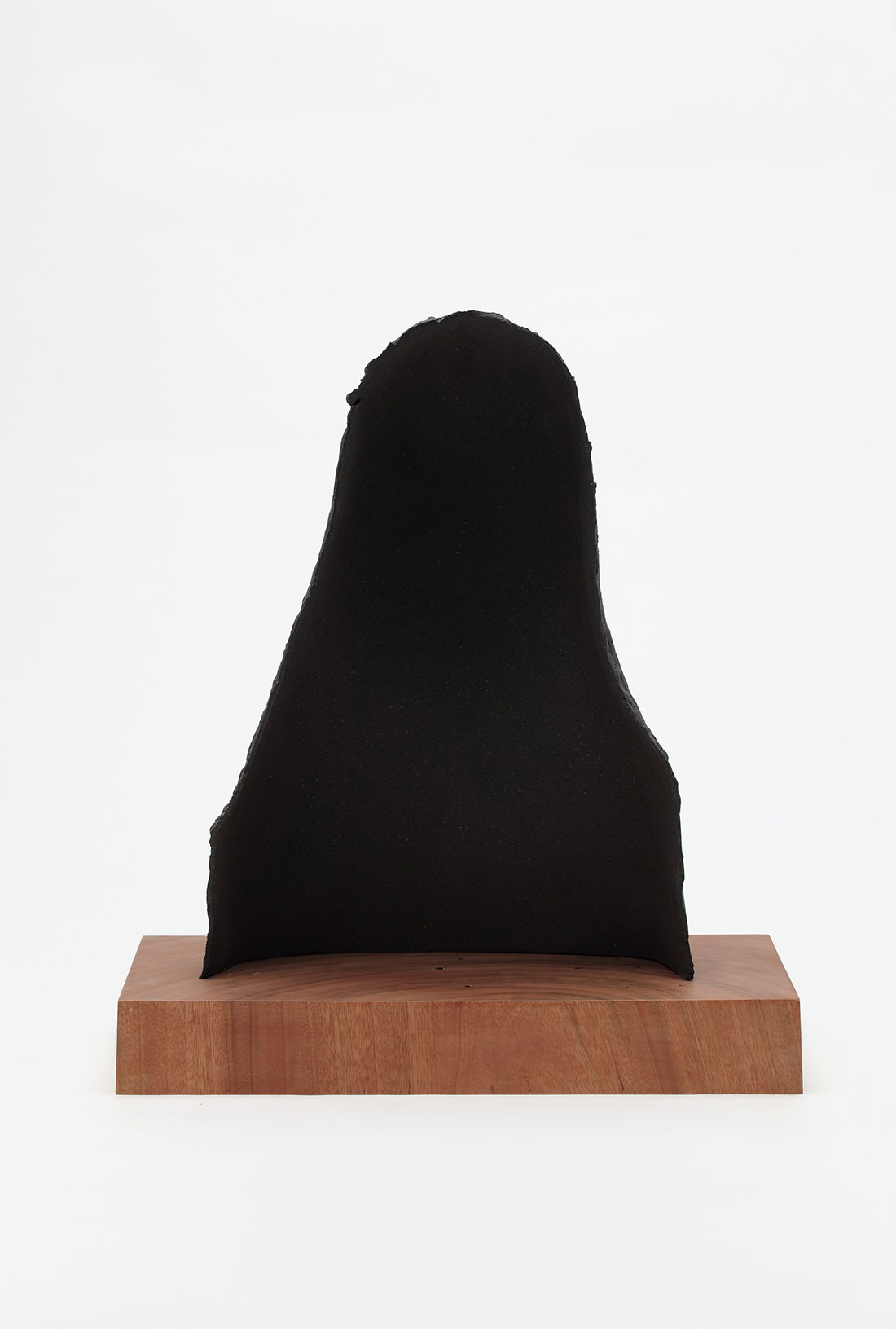 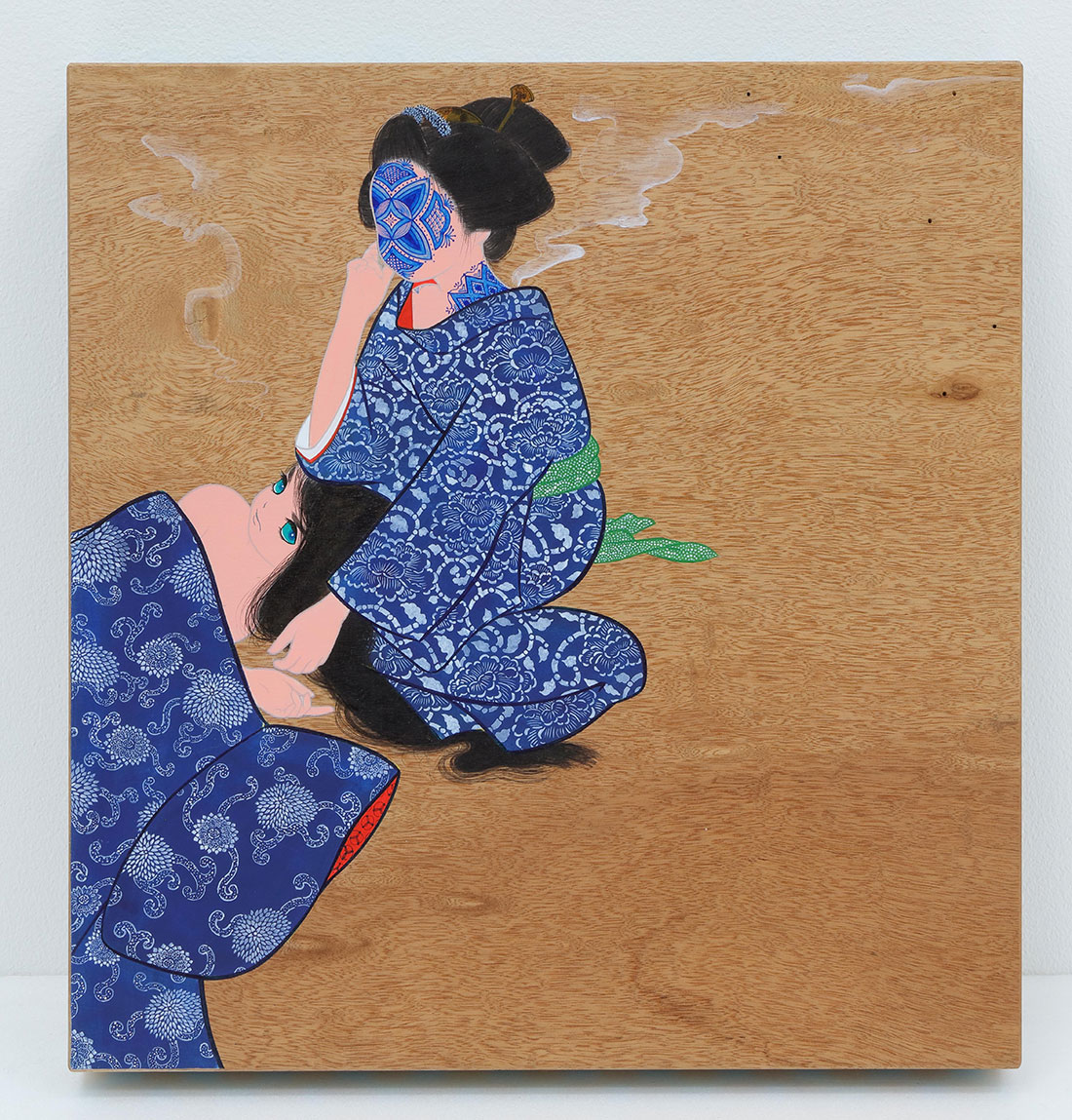 To deter spreading the infection of COVID-19, we accept admissions by appointments only, and maximum capacity of 12 people per 1hour during the exhibition, opened from 12:00 to 18:00 (last admission 17:30).

2020 became a year in which the novel coronavirus (COVID-19) pandemic changed the whole world. Many lives have been lost, forcing alterations in our lifestyles, and coercing unprecedented changes in the relationship between people and countries. Even now, it brings distress to all of us as it deeply rooted itself in our minds. On the other hand, it can be said that this worldwide incident has opened our eyes to a more heightened awareness in prevention, and the realization in the importance of “daily routine.” As the final exhibition for the year 2020, Mizuma Art Gallery has decided to hold a group exhibition featuring AOYAMA Satoru, IKEDA Manabu, KANEKO Tomiyuki, KONDOH Akino, MORI Junichi, and YAMAGUCHI Ai. We hope that this exhibition makes apparent the artists’ dedication and eagerness in continuously creating artworks in spite of being in the midst of a dire COVID-19 pandemic.

For this year, AOYAMA Satoru was one of the artists who showed a keen eye to the many occurring changes to the world. Launched immediately after the declaration of a state of emergency in April, his online store called the Everyday Art Market revealed a series of improvised embroidery work with the motto of continuing to create works as a “daily routine,” despite being in an “extraordinary” time. The series evolved into “DOMANI plus Online 2020: Living on the Eve” as well as “Rebuild” exhibition at Nerima Art Museum. Aoyama’s works, which captured the world with their humorous viewpoints, became a topic of conversation. For this exhibition, we display new artworks from the Everyday Art Market.

Ikeda Manabu uses fine-tipped pens, creating accumulation of lines to develop drawings from a micro to a macro world. Based in the United States, he was able to acquire a studio space from a company in the recent years in order to work on a large painting, but it can be said that his daily routine was drastically changed. While in a lock-down where he was prohibited to go outside, daily thoughts of anxieties from pandemic, worries about gun culture and the fear of constant mass shootings directly influenced his artwork production at home. In this exhibition, we present small-sized works that reflect Ikeda’s current surroundings.

Since his childhood, KANEKO Tomiyuki has been interested in local folklores linked to the spiritual world, and has been drawing the unseeable spiritual beings such as yokai, spirits, and gods. “Musashino Dragon” exhibited in this exhibition is a painting of a dragon that dwelled in a vast field called Musashino, once existing in Saitama. It is based on Kaneko’s own experience of seeing large hails falling from a huge cumulonimbus cloud, and felt an overwhelming power of nature and presence of a dragon even in the sky. Along with this work, we also exhibit a series of palm-sized miniature tigers.

KONDOH Akino, who lives in New York, uses techniques such as animation, manga, painting and essay to calmly express her primitive experiences and memories. Recently, she completed her first full-length romance manga “A-ko’s Boyfriends” over a period of six and a half years. In this exhibition, we exhibit the “Drawing for Animation” series, which she has been working on since 2014 in intervals with her manga production, in order to start animation after finishing her manga series. These works are done in a same way as sketched images before the concept takes shape, and includes peculiar motifs such as shell, stone, sea, mother and child drawn as she imagines.

Mori Junichi has quietly observed the scars of the war that his hometown of Nagasaki carries, and the history and distortions that were born from it, which he then projects into his works. At the group exhibition “Public Device: Sculpture Symbolism and Persistence” which will be held at the Museum of Fine Arts, Tokyo University of the Arts (December 11 – 25th), he plans to present his work in the motif of Hashima in Nagasaki (commonly called Gunkanjima). In this exhibition, we present his new work for this year, based on the motif of the “Bombed Mary” of Nagasaki.

Yamaguchi Ai continues to create something she feels to be beautiful through the images of courtesans living in a fictional Edo period style teahouse called touge no ochaya. Drawing since 2018, the “72 climates” series capture the subtleties of the changing seasons in nature, and superimposes it to perspectives of the courtesan girls. Yamaguchi, who is sensitive to the surrounding situation and who delicately sublimates it into her works, continues to produce even as the world changes, and makes us especially cherish the changes in season and time. In this exhibition, we mainly present new works painted on various materials such as on wood, Japanese paper, and ceramics.

As Aoyama Satoru has said, “Art has the possibility to exist as a reflection of the current times but only by keeping the creation alive,” we as a gallery will continue no matter the circumstances, to share the works of talented artists to as many people around the world as possible. It would be our pleasure to welcome anyone that visits our show.

In addition, the first exhibition for the next year will continue to be a group show focused around young artists.