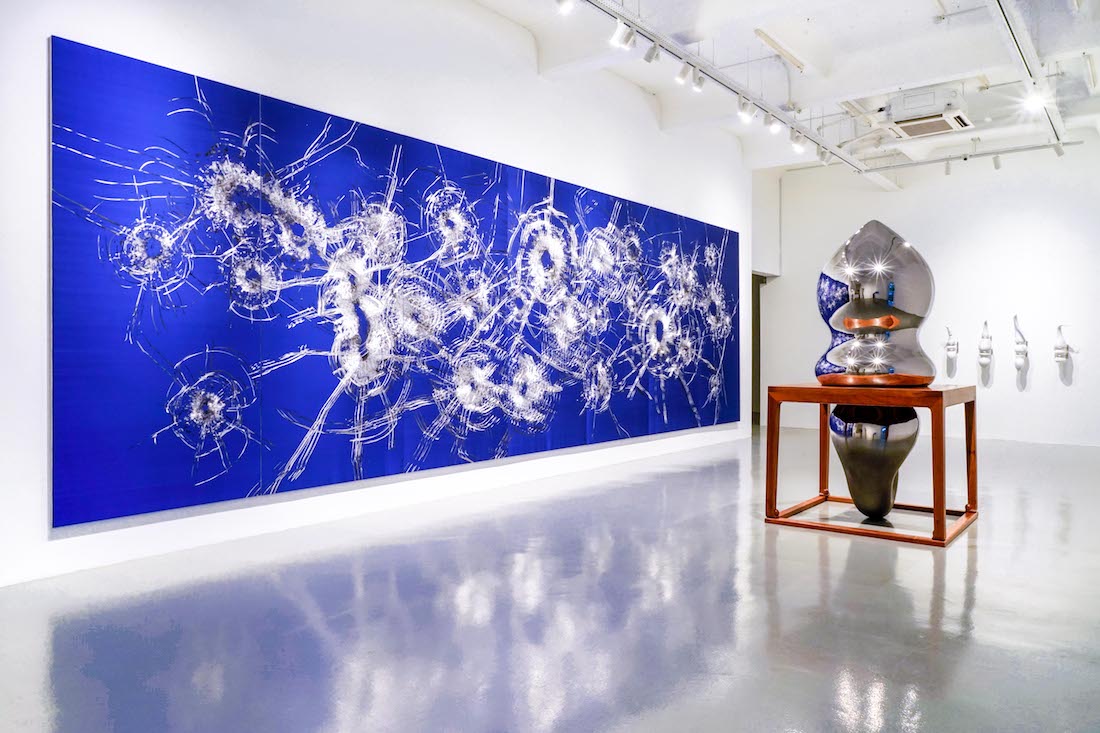 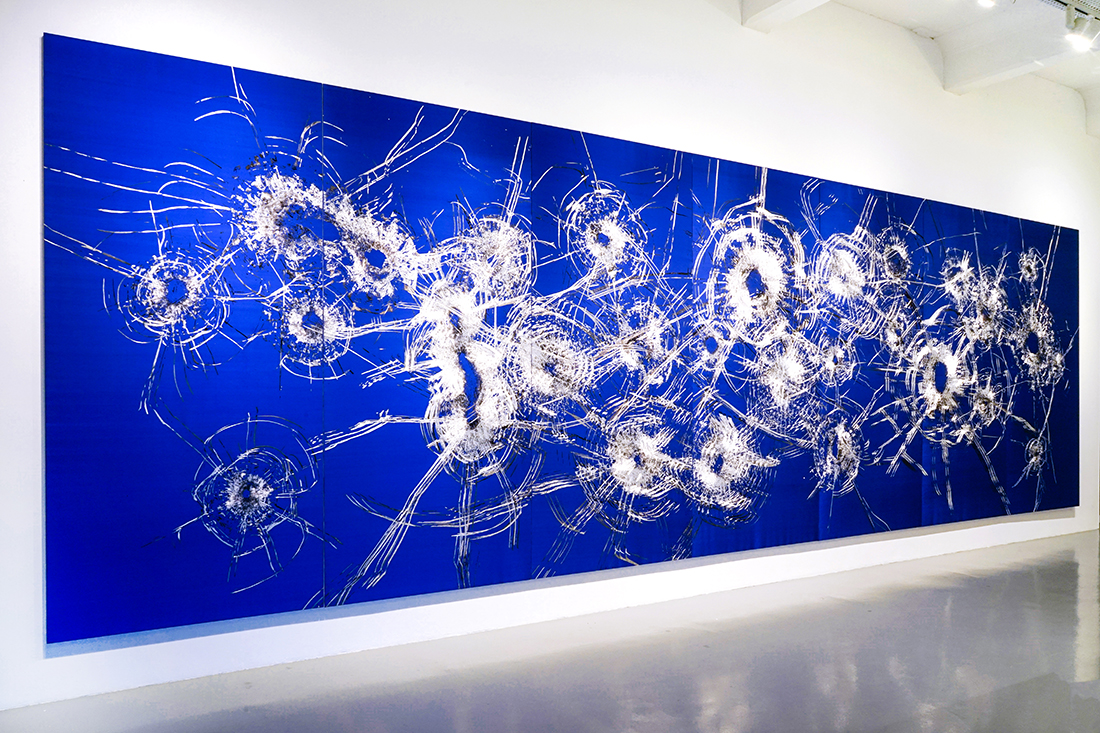 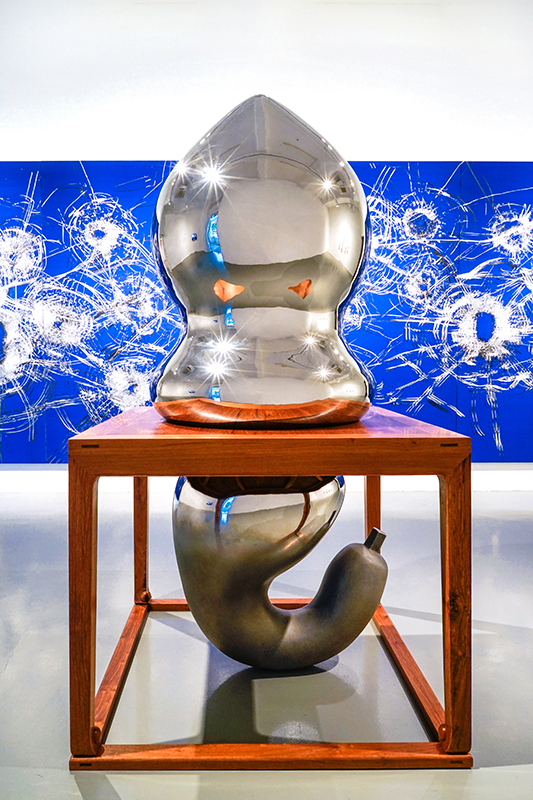 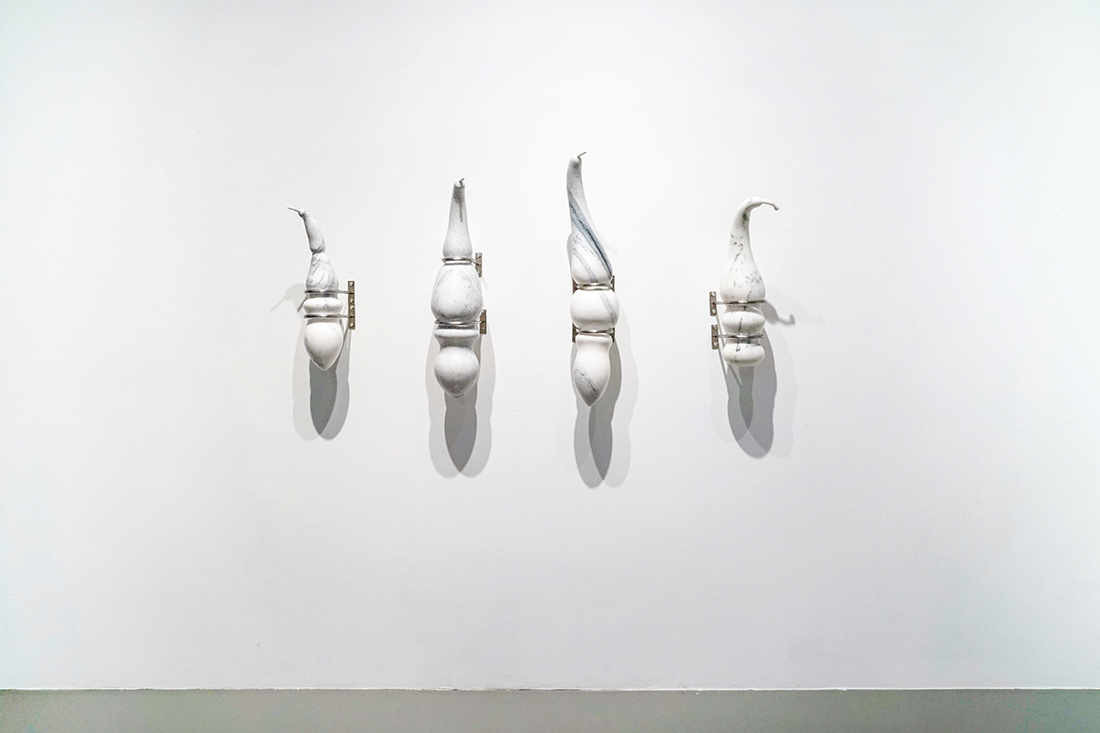 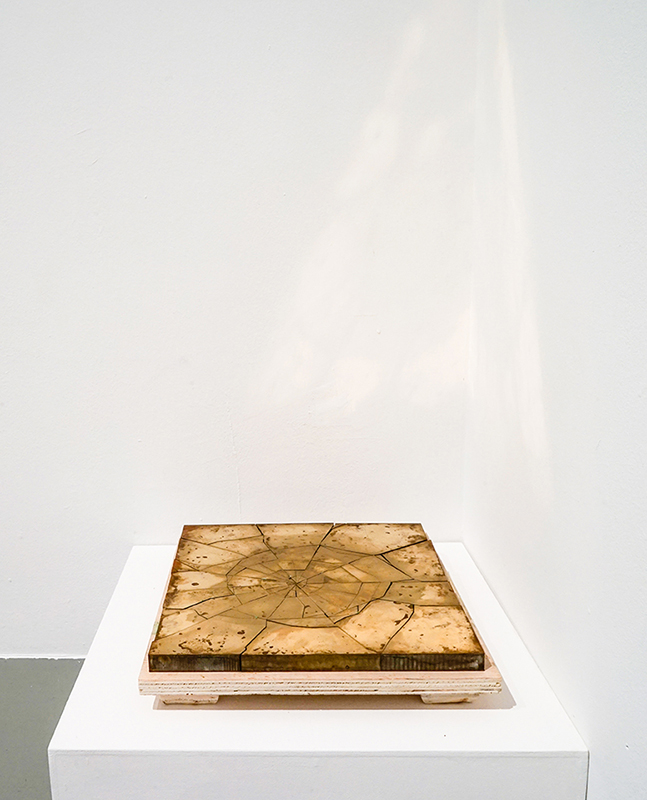 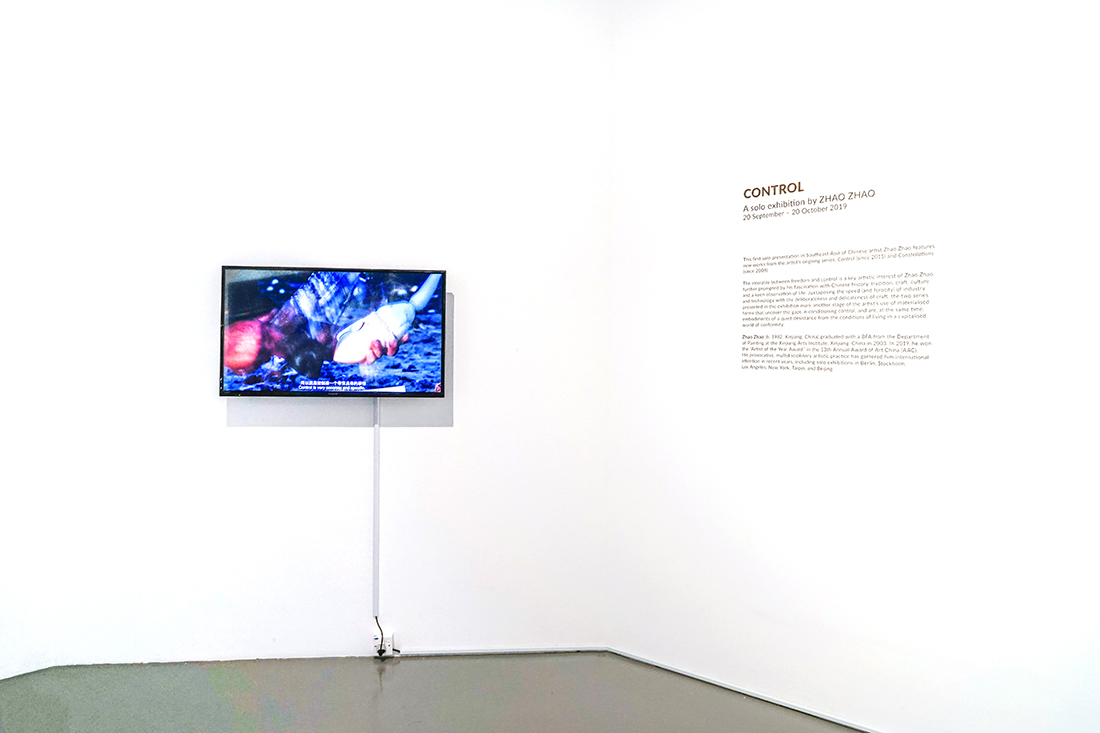 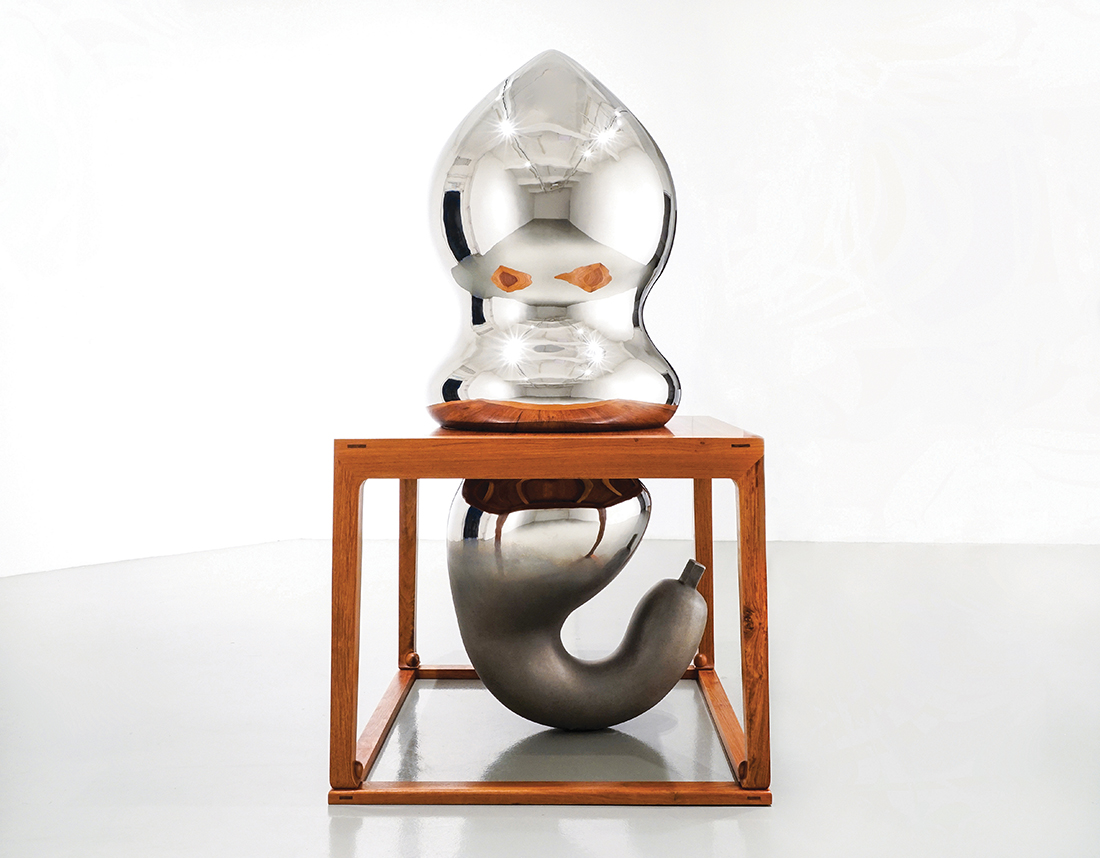 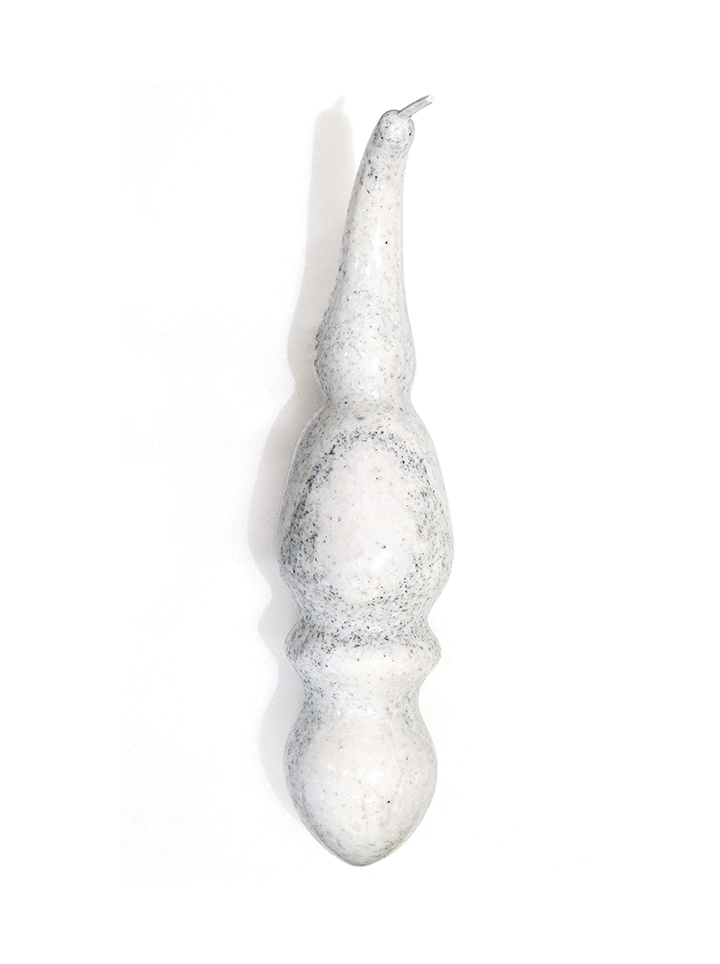 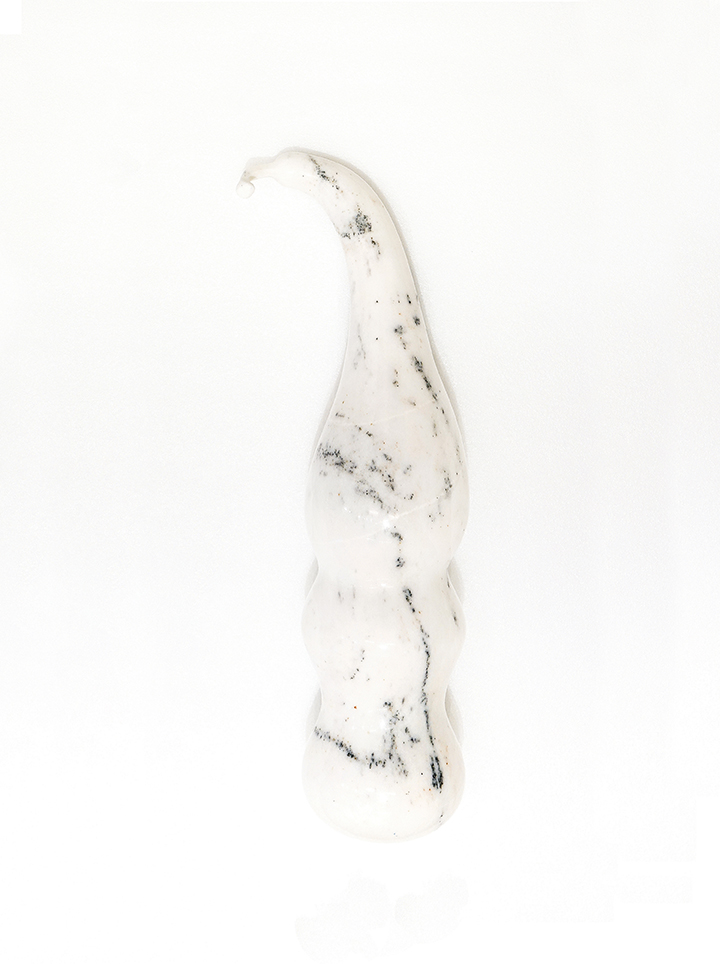 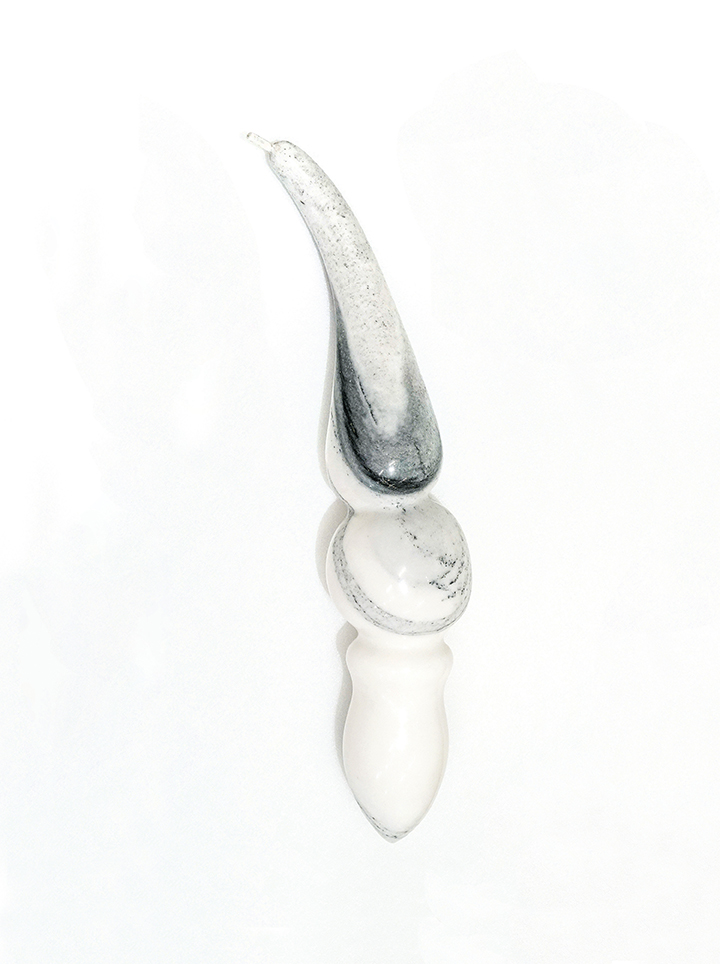 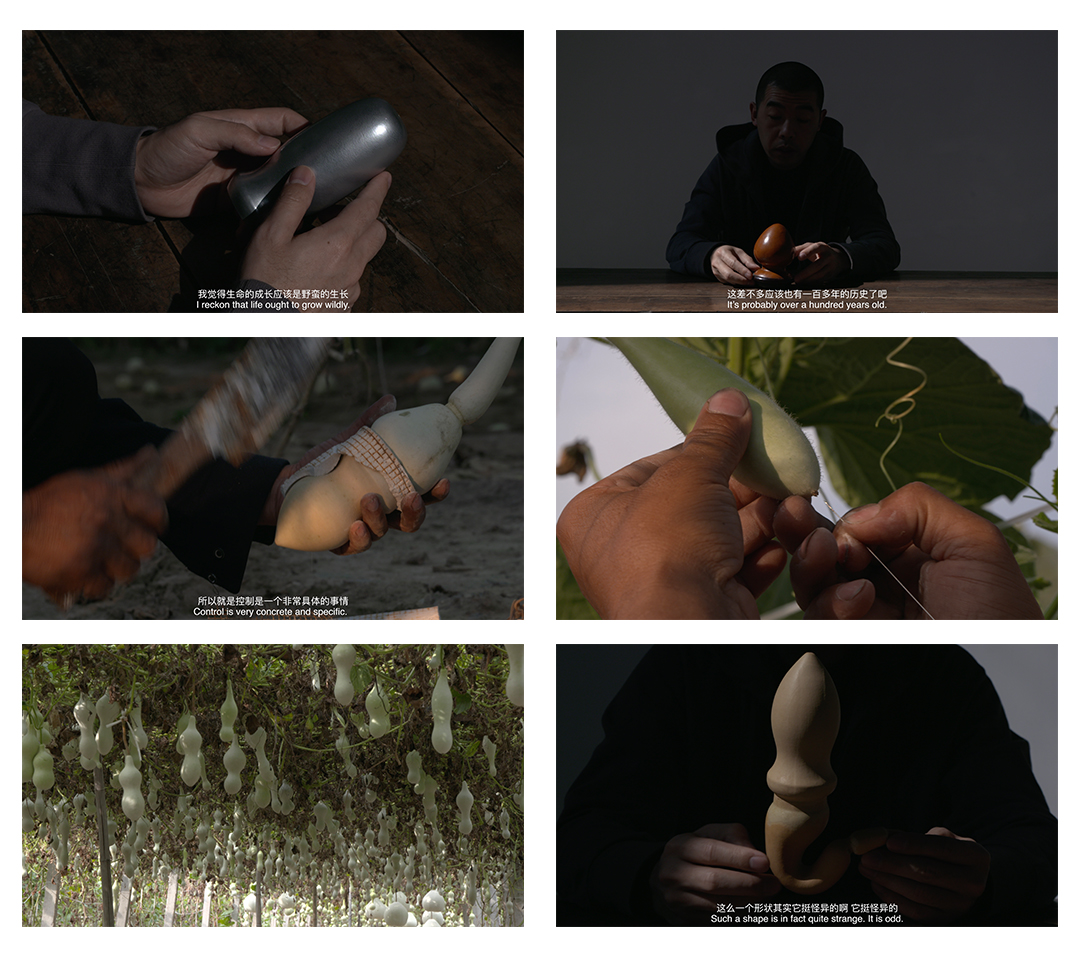 Manifest in the works of Zhao Zhao is a persistent interest in Chinese history, tradition, craft, culture and a keen observation of life. Juxtaposing the speed (and ferocity) of industry and technology with the deliberateness and delicateness of craft, the two series presented in the exhibition, Control (2015–) and Constellations (2008–), are evocative of forms of desistance from the conditions of living in a “modern” capitalised world of conformity.”

We witness in the artist’s Control series, an exploration on the theme of control specifically focused on the collective consciousness of people. In the exhibition, this theme is projected through several gourd-shaped sculptures; 4 new marble pieces and a large stainless steel one resting on a rosewood pedestal, the centrepiece anchor of this presentation. As Chinese culture and society go through drastic transformations in the modern era, the usages and metaphorical meanings of gourd became oriented towards reality and blessings, and people projected more secular desires onto gourd, the plant of a unique natural symmetry in itself. In pursuit of perfection, the growth of gourds have been intervened by man by having them grow in man-made moulds, forcing them to grow into desired shapes. When we look at this series’ overarching idea, life on both individual and collective levels have become deeply controlled by power. Human beings are also placed under the covert and especially effective manipulation of all kinds of ‘power installations’. Just as young gourds encapsulated into moulds, life, as it grows, gradually reaches a state that the majority pervasively acknowledges.

The ongoing series, Constellations, originated from Zhao Zhao’s fascination with the twisting cracks emanated by the impact of his body against the glass windshield after being in a motor accident in 2007. Through studying the patterns and visuals of the breaking glass, the artist explores the repeated, forceful, violent efforts that proved futile against political, social and/or economic resistances.

These subtle expressions of individualism figure strongly throughout Zhao Zhao’s artistic practice: from his obscure acts that playfully challenge the regulated social and ideological sphere in works such as Cobblestone (2007) and On Guard (2008); to absurd representations of social phenomena in, for example, Slap (2013), Crush (2014) and Confusion (2015); to witty commentary on the economy of (ethical and cultural) values such as Again (2012–13), Countless (2014) and Suit (2016); and more recently, poignant journeys into forgotten realities and land in Project Taklamakan (2016), Desert and Camel (both 2017). The series Control, developed since 2015 (first iteration shown in 2018), marks another stage of the artist’s use of materialised forms that uncover the gaps in conditioning control. 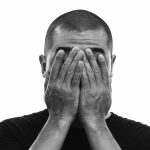