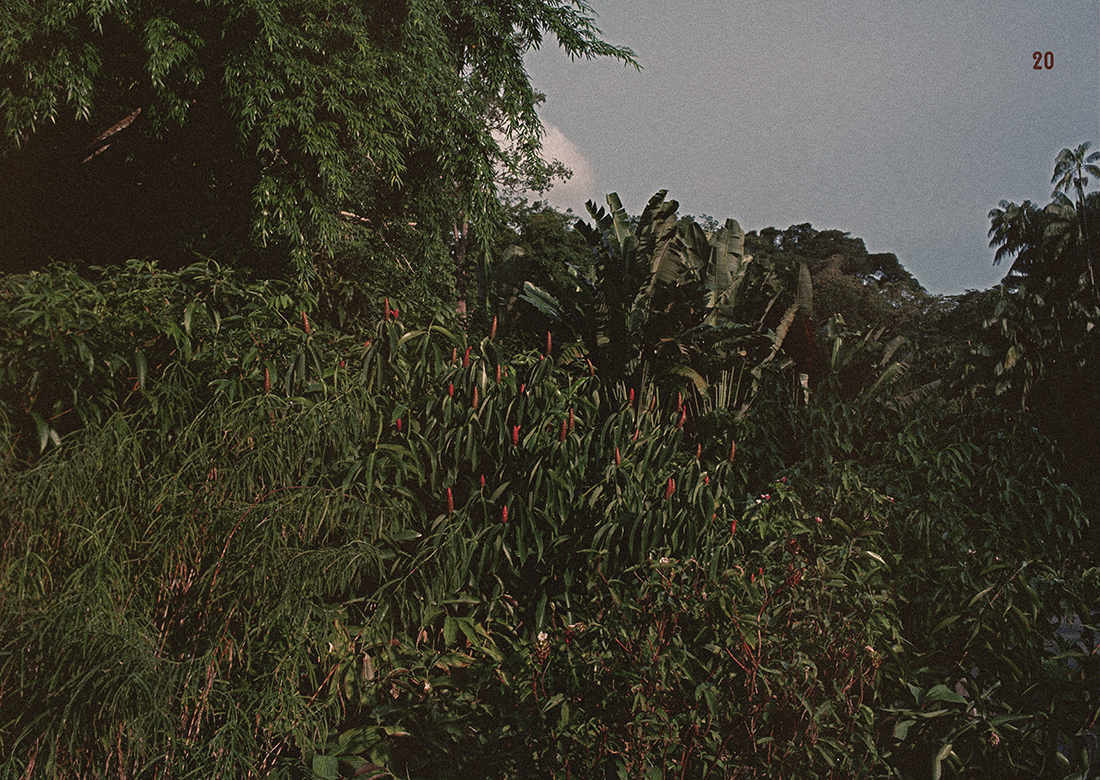 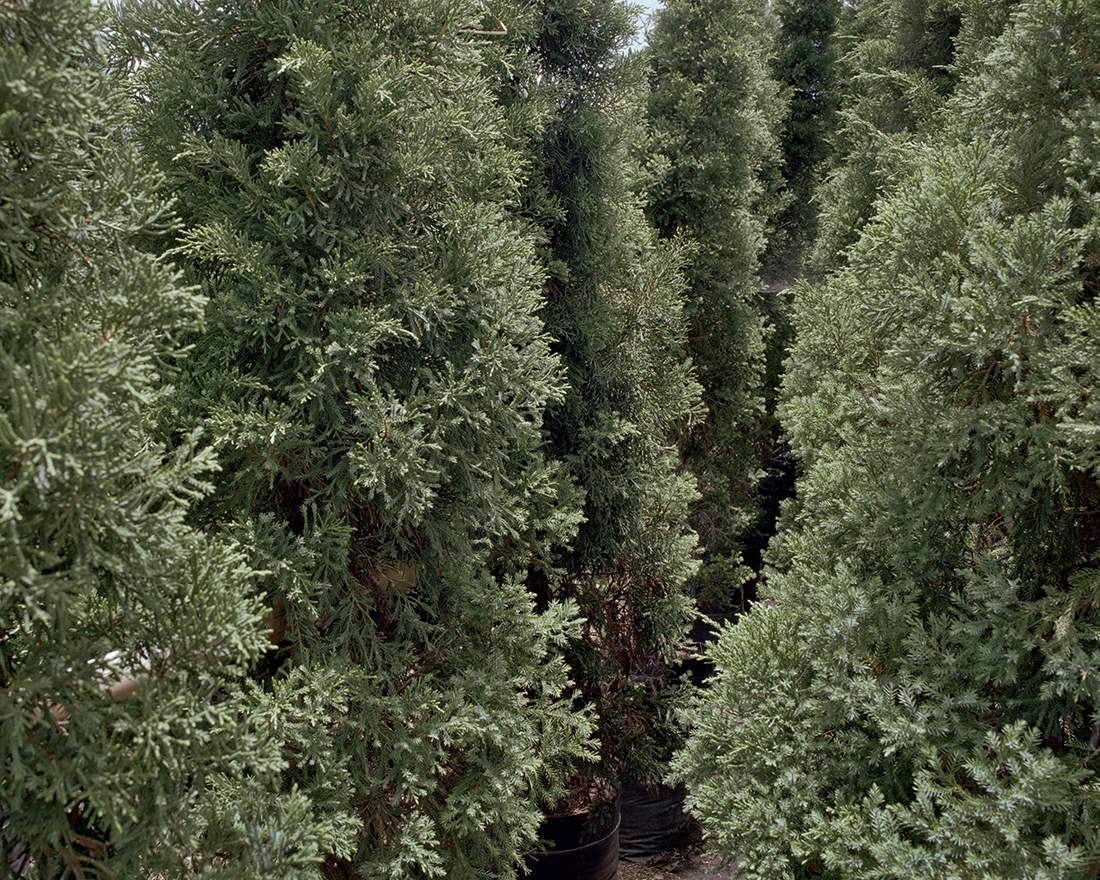 Amidst the rapidly growing urban landscape of Singapore, the ‘Garden City’, lies numerous carefully selected and planted natural greeneries–a demonstration of the human’s desire for control. Human intervention in nature is not exclusive to Singapore. Though the two often seem disconnected with one another, the truth is, humans are undoubtedly an integral part of nature. And the aftermath of such control has no doubt a substantial impact on nature and humans.

Ang Song Nian works with materials and traces of human behaviours made visible within landscapes through photographic documentations and installation. Intrigued by the narration of thoughts and ideologies through visuals, he has always favoured a microscopic approach to concepts, a style which he always employs to open up details in his practice. His works questions the relationship of human interventions and invasions on landscapes. For this exhibition, Ang will presents two bodies of work, Artificial Conditions (2019) and As They Grow Older And Wiser (2016 – ), both originating from his deep interest in the manipulation of nature and landscape and the false ideal of the proximity that we have with nature.

Marvin Tang uses photography, moving images and objects to visualise phenomena that surfaces through the act of control. His research questions the linearity of historical narratives, examining the notion of collective identities. His work builds on the multiple layers of cause and effect propagating from political decision-making to shifting social structures. Tang will present an on-going work entitled The Colony – Archive (2019 – ), a study of the various botanical gardens that were established during the colony of the former British Empire.

Robert Zhao Renhui is a multi-disciplinary artist and is one of the forefront artists of the Singapore contemporary art scene. Constantly fascinated with man’s controlled coexistence with nature, his practice seeks to pursue creative, interdisciplinary research, embracing perspectives and advance unconventional means of understanding human and animal relations. His photographs are created by constructing and layering the subject with narratives that cross the boundary between the real and the fictional, creating doubt in the viewer about the image’s authenticity.

Zen Teh is an artist and educator interested in man’s relationship with the natural world. Teh’s art practice is shaped by her proficiency in photography and painting, alongside her continual investigation into interdisciplinary studies of the works of nature and human behaviour. Working with the unique features of each piece of second hand furniture, Teh plays with their functionality and the visual expressions and narratives of a fine art work, treading cautiously between the two. Introducing visual narratives and strategies that highlights the origin and materiality of the object, and also challenges our conventional understanding of its function and meaning. Each furniture is to be seen as photographic sculptures where her photographs of nature and landscapes are embedded, juxtaposed, or embellished on, weaving the presented narrative seamlessly within its form. In this exhibition, Teh presents one of the furniture from this ongoing series, a reflection of her conscious effort of working with second hand furniture marking the environmental consciousness as an artist, and an invitation to the public to reduce waste.

The Seeds We Sow will showcase works that explore the themes of human intervention, human behaviour, the environment, and nature, through photography and installations, bringing together human and nature in one exhibition. 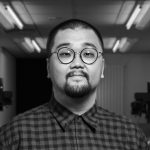 Ang Song Nian (b. 1983, Singapore) graduated with an MA in Photography from the London College of Communications, University of the Arts London, London, UK in 2012 and a BA in Photography from the Camberwell College of the Arts, University of the Arts London, London, UK in 2011. His solo exhibitions to date include Artificial Conditions: Something To Grow Into at the Tokyo Photographic Art Museum, Tokyo, Japan (2019); As They Grow Older and Wiser at the Bangkok University Gallery, Bangkok, Thailand (2016); and A Tree With Too Many Branches at DECK, Singapore (2015). Ang was recently awarded the Grand Prize in the 41st edition of the New Cosmos of Photography award organized by Canon Inc., Japan (2019). He has undertaken residencies at NTU Center of Contemporary Art (2019), and Sunderland University, UK (2017) amongst others. Ang lives and works in Singapore. 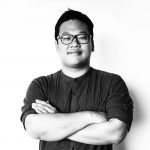 Marvin Tang (b. 1989, Singapore) graduated with a Master of Arts in Photography from the London College of Communications, University of the Arts London, London, UK in 2018 and a BFA in Photography and Digital Imaging from Nanyang Technological University, Singapore in 2015. His solo exhibitions to date are In Every Season of Change at DECK, Singapore (2019) and The Mountain Survey at Alliance Française de Singapour, Singapore (2018). Tang was the recipient of the LCC Photoworks Prize, UK, in 2018 and also the 8th France + Singapore Photographic Arts Award, Singapore in 2017. Tang lives and works in Singapore. 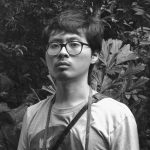 Robert Zhao Renhui (b. 1983, Singapore) graduated with a MA in Photography from the London College of Communications, London, UK in 2010 and a BA in Photography from the Camberwell College of the Arts, University of the Arts London, London, UK in 2008. His solo exhibitions include The Lines We Draw at Yalu River Art Museum, Dandong, China (2019); Hugo Boss Asia Art 2017 at Rockbound Art Museum, Shanghai, China (2017); Singapore, Very Old Tree at National Museum of Singapore, Singapore (2017). Zhao’s works are in the public collections of National Museum of Singapore, Singapore; UBS Art Collection, UBS Global; Statoil Art Collection, Norway; Kadist Art Foundation, USA; and UOB Art Collection, Singapore. He has undertaken residencies at NTU Center of Contemporary Art, Singapore (2017); The Arctic Circle Residency, Norway (2011); and Fukuoka Asian Art Museum, Japan (2010) amongst others. Zhao lives and works in Singapore. 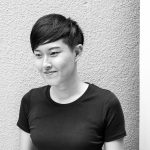 Zen Teh (b. 1988, Singapore) graduated with a Bachelor of Fine Arts, majoring in Photography and Digital Imaging from Art, Design, Media, Nanyang Technological University, Singapore in 2011. Aside from her artistic practise, Teh serves as a visual arts educator at School of the Arts (SOTA), in the Media Arts Department. Her solo exhibitions include the recent Mountain Pass: Negotiating Ambivalence at Mizuma Gallery, Singapore (2019) and at Selasar Sunaryo Art Space, Bandung, Indonesia (2019); Garden State Palimpsest at ARTIST+RUN, Bangkok, Thailand (2018); and Vestiges: Tracing Urban-nature at Alliance Française de Singapour, Singapore (2017). Teh has also participated as an invited guest speaker at regional environmental conferences such as ASEAN Powershift 2015 and Hanoi Innovation Week 2016 on Sustainability. She was the finalist for the IMPART Awards 2019 and has been awarded the winning title for the 7th France+Singapore Photographic Arts Award. Teh lives and works in Singapore.