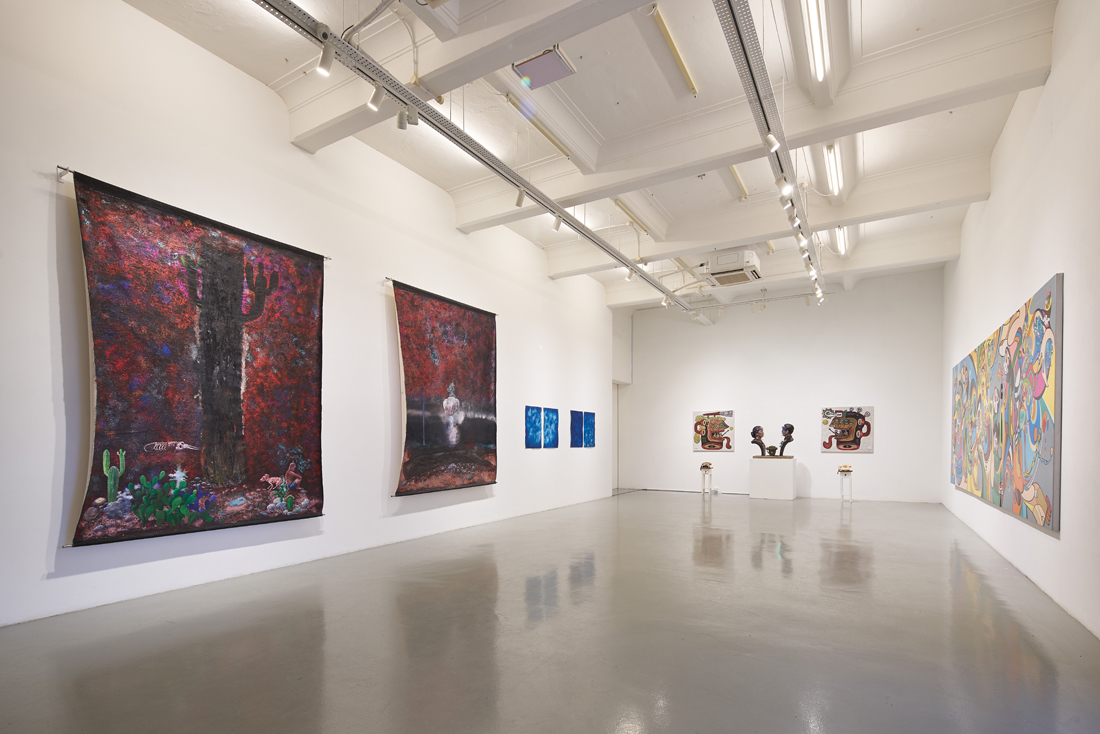 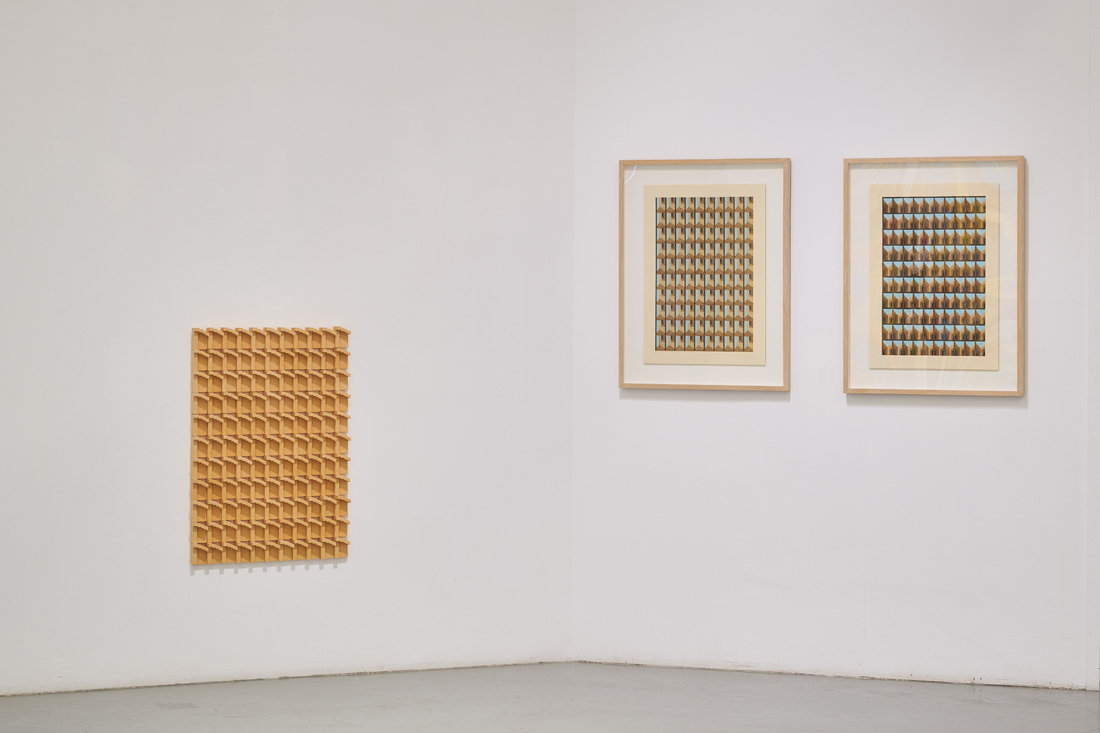 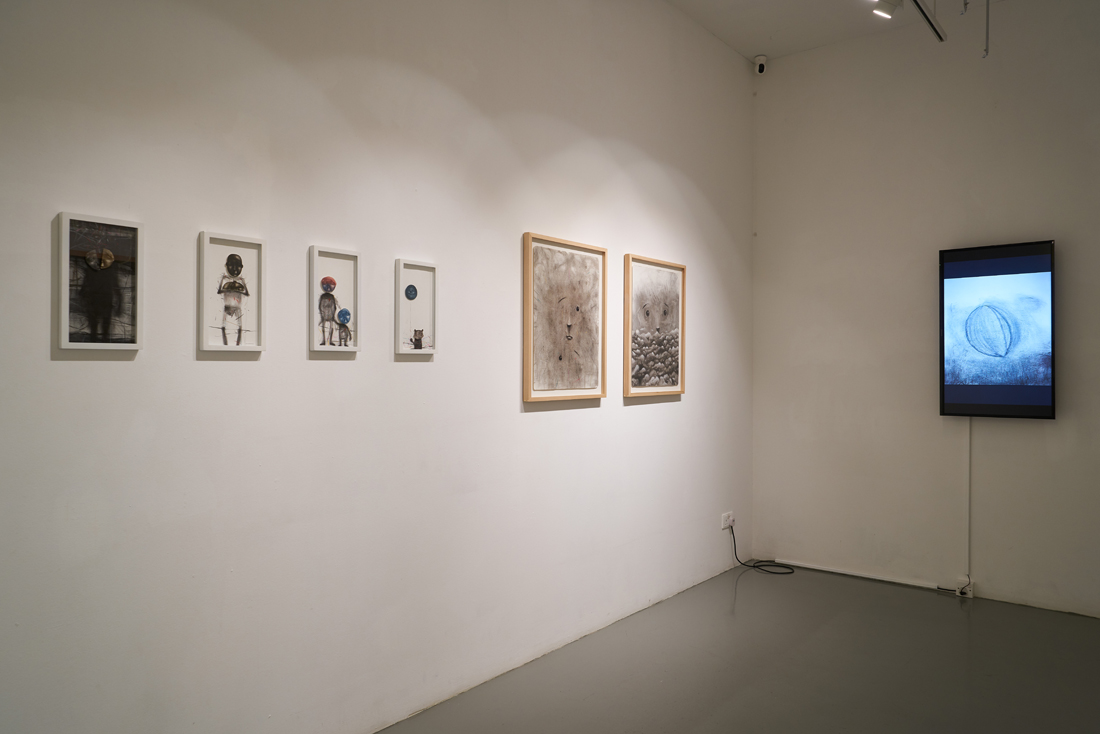 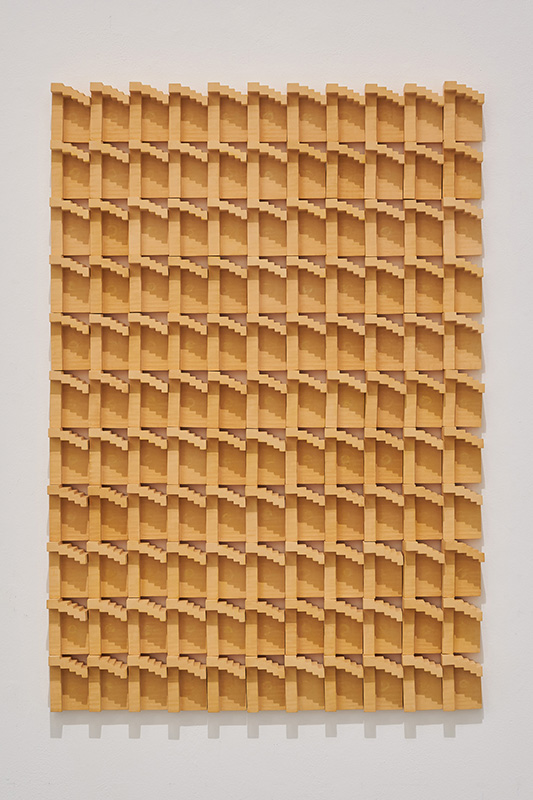 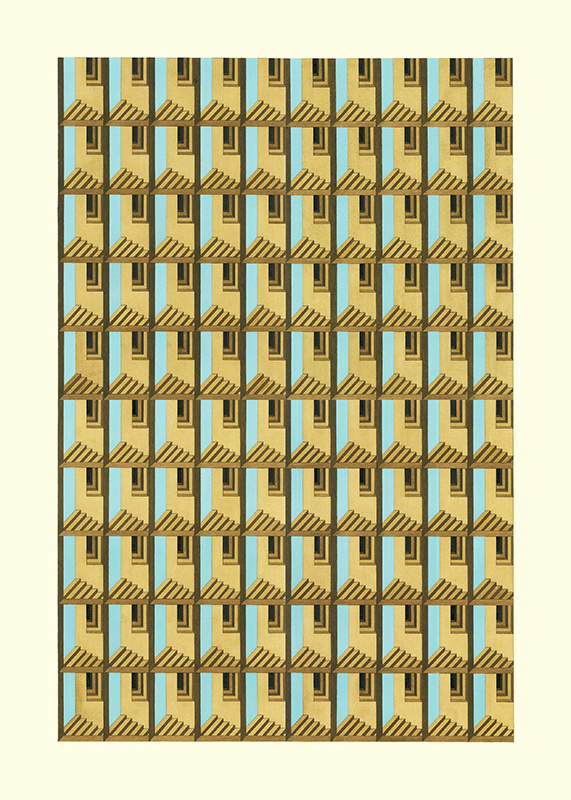 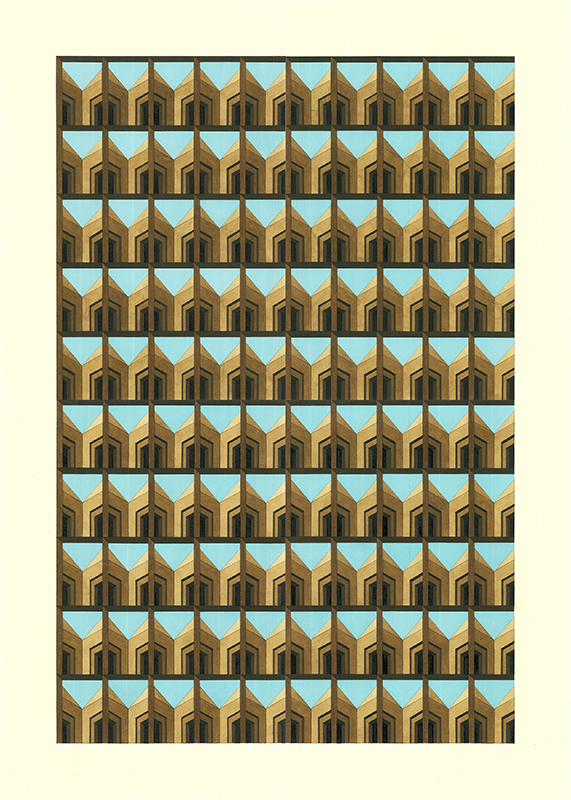 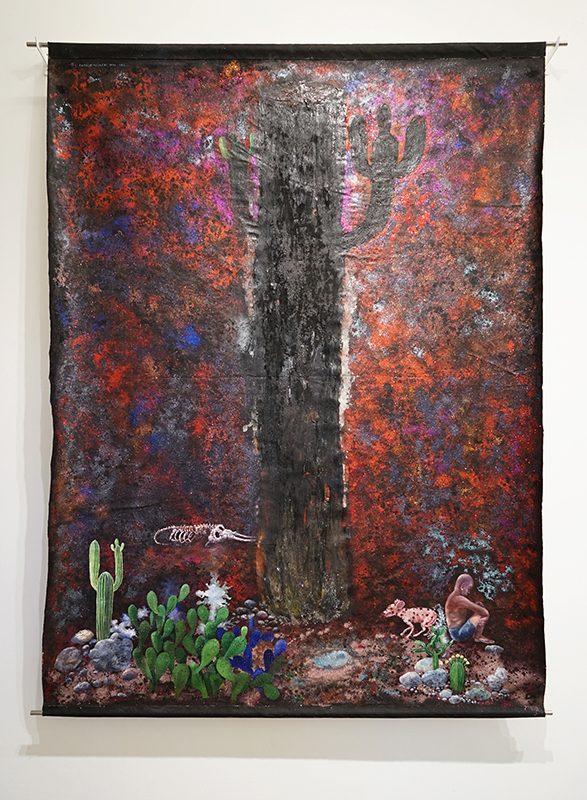 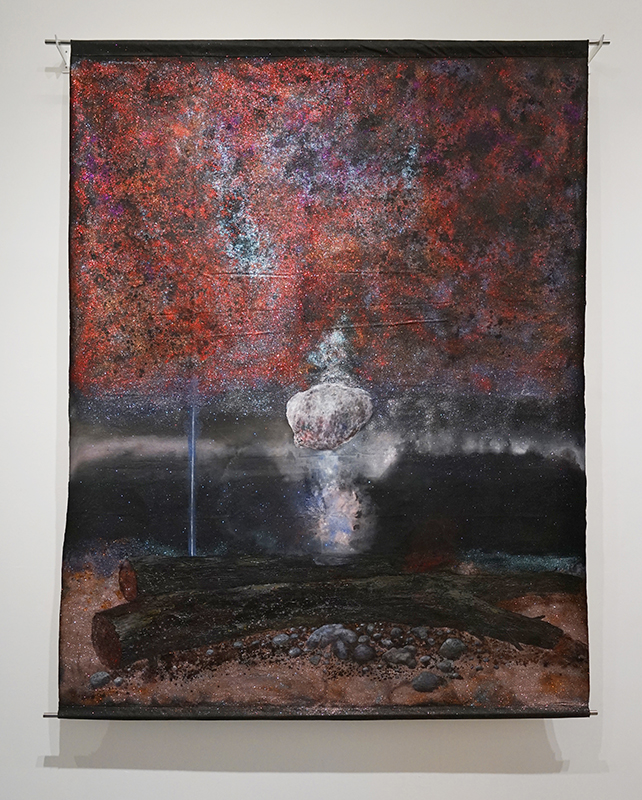 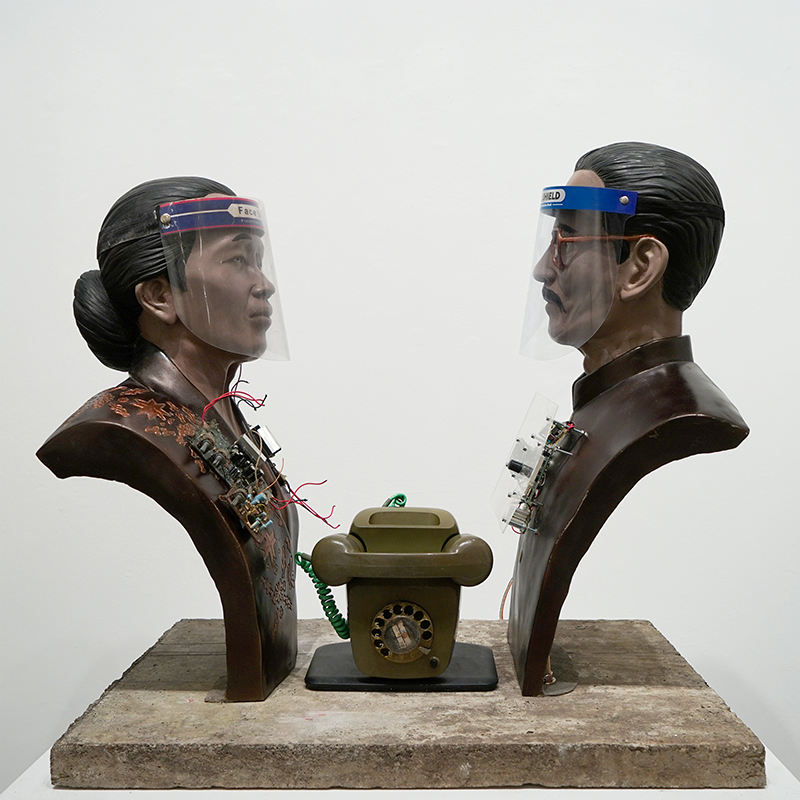 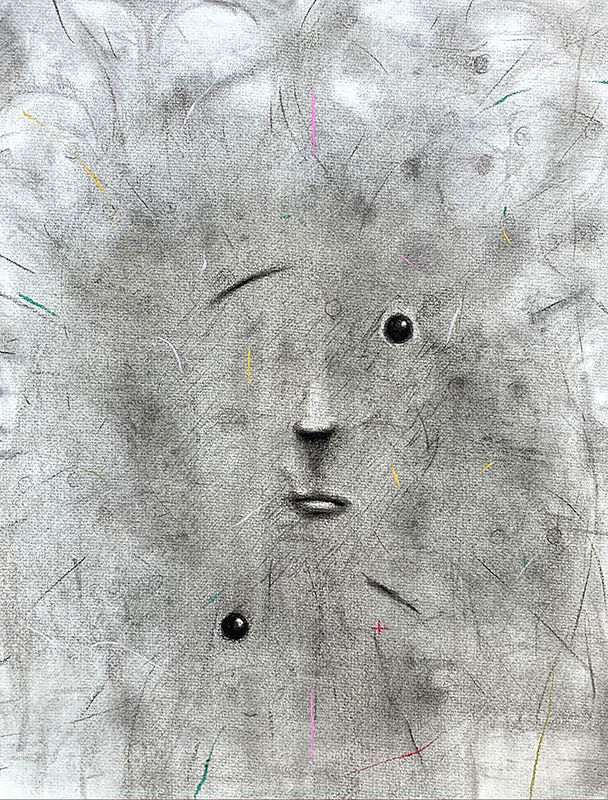 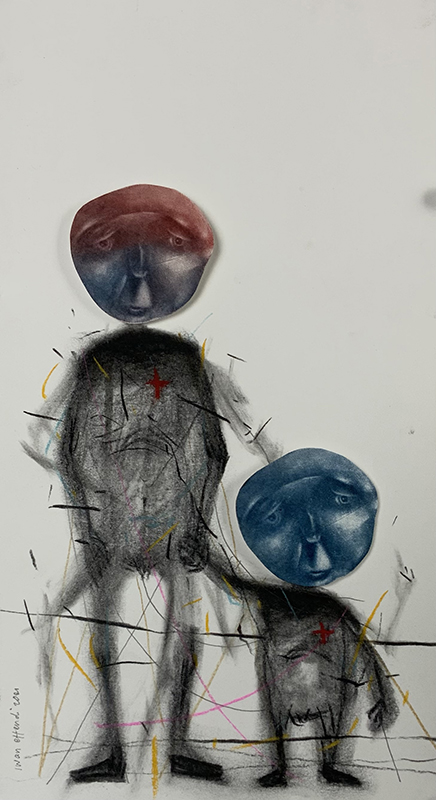 The Covid-19 pandemic has brought devastation to many aspects of our lives around the globe. It has gone beyond being a health issue, causing a huge impact on the global economic, social, political, and cultural fabrics. Most importantly, it has changed our lifestyles, our priorities in life, and the perspective on how we look at our lives. For example, the habit of handshakes has become increasingly uncommon, and is now replaced by friendly hand gestures from a distance. In Indonesia, the rapid growth of travel-related apps has been replaced by investment apps – mainly due to the travel restrictions, and the young generation realising that their financial security is actually very vulnerable. The pandemic has also become a catalyst for digital transformation in many aspects of our lives. Shopping, working, medical consultation, celebration of festivities, art exhibition, auction sales, and other activities are now commonly done online. In short, this pandemic situation has become the start for our new way of life.

Artworks are the manifestation of artists’ perspective and sensibility towards life and things around it. When an artist goes through significant changes in their life, their artworks will naturally change alongside. Some artists have taken on this pandemic as a new source of inspiration for the narrative of their artworks, in the sense that it triggers a new perspective on how they look at the relationship between themselves and the life around them.

Surely, this pandemic has also brought a huge impact on the economic situation of many artists. This has led to various interesting responses, for example, some artists are making smaller-sized series of artworks, while others are exploring the possibilities of making print works. Collaborations between artists or between artists and non-artists are also increasingly popular. Artists have become more active on social media, promoting their works or artistic activities, or just sharing their artistic points of view. There are now also a lot more art merchandise products being sold on social media. Consciously or unconsciously, this whole transformation has expedited the democratization of art, giving easier access to more people to get close to, experience, and collect art. The restriction on physical mobility and the slowdown of art activities have given artists an abundance of spare time to rethink their artistic practice and to explore new possibilities, new mediums, new techniques, new interests and hobbies, even new approaches to art making.

Through the works of six artists in this exhibition, we observe the relation between the changes in life brought about by the pandemic and the artists’ creative practice and their artworks. After all, the situation that we are undergoing right now could be a big momentum for how art will develop in the future.

How are we doing?, a group exhibition curated by Hermanto Soerjanto featuring Albert Yonathan, Entang Wiharso, Heri Dono, indieguerillas, Iswanto Soerjanto, and Iwan Effendi, will run from 4 September till 10 October 2021. Hermanto Soerjanto (b. 1970, Indonesia) went to Palin School of Arts & Design in Singapore and Akademi Teknik Desain Interior (ATDI) in Jakarta, Indonesia, before joining Cipta Citra advertising agency in 1994. Since then, he has built his career in the field of advertising and currently holds a position at Pantarei Communications as Chief Creative Officer. As an art collector, Hermanto is familiar with Indonesian artists, having spent much time conversing with them and visiting their studios. In 2008 he established GARIS Artspace, an art gallery in Jakarta showcasing works by contemporary Indonesian artists, where he organizes and curates the exhibitions on a regular basis. To date, he has organized several exhibitions, most notably Ethnicity Now, a group exhibition at Galeri Nasional Indonesia, Jakarta (2010), and Unveiling Fundamentals in Contemporary Art Through Asia at OHD Museum, Magelang, Indonesia (2015). Hermanto Soerjanto lives and works in Jakarta, Indonesia. Albert Yonathan Setyawan (b. 1983, Bandung, Indonesia) graduated from Bandung Institute of Technology with an MFA in Ceramics in 2012. Following that, he moved to Kyoto, Japan, to continue his research and training in contemporary ceramic art at Kyoto Seika University, from which he received his doctoral degree in 2020. He has participated in several major exhibitions such as the 55th Venice Biennale (2013); SUNSHOWER: Contemporary Art from Southeast Asia 1980s to Now at Mori Art Museum, Tokyo, Japan (2017); and Contemporary Worlds: Indonesia at the National Gallery of Australia, Canberra, Australia (2019). Albert has built his artistic practice mainly in the field of contemporary ceramic art, however, at the same time he also translates his conceptual ideas into various medium such as drawing, multi-media installation, performance and video documentation. Albert Yonathan Setyawan currently lives and works in Tokyo, Japan. Heri Dono (b. 1960, Jakarta, Indonesia) is known for incorporating elements of traditional Indonesian art forms into his work, including aesthetic conventions of wayang kulit shadow puppetry. Having studied under a professional wayang master, he fuses the idioms of indigenous storytelling with contemporary methods of expression. The vibrant aesthetics and popular appeal of his practice is synchronous with its engagement with political concerns as the artist’s personal experience of the former Suharto regime profoundly influenced his works’ underlying societal critique. Heri represented the Indonesian Pavilion during the 56th Venice Biennale, Venice, Italy (2015); and he has participated in several major exhibitions including SUNSHOWER: Contemporary Art from Southeast Asia 1980s to Now at National Art Center, Tokyo, Japan (2017); Kochi-Muziris Biennale in Kochi, India (2018); and Visible Soul: Around the Asia Collection of Benesse Art Site Naoshima at Fukutake House, Okayama, Japan (2019). His works are in the collections of Tropenmuseum, National Gallery of Australia, Fukuoka Art Museum, and Deutsche Guggenheim Frankfurt, amongst many others. Heri Dono lives and works in Yogyakarta, Indonesia. indieguerillas is a husband-and-wife artist duo consisting of Dyatmiko Lancur Bawono (b. 1975 in Kudus, Indonesia) and Santi Ariestyowanti (b. 1977 in Semarang, Indonesia). Founded in 1999 as a graphic design firm, indieguerillas’s philosophy of “constantly in guerrilla to find new possibilities” has led them to become full-time artists in 2007. Nevertheless, design still plays a very important role as it allows for them to explore the use of unconventional media and techniques as part of their artistic statement. In addition to their proficiency at visual effects and inter-media experimentation, their works are also recognized for their folklore influences. Through their multidisciplinary works, they talk about their reality as Javanese people who live amidst a wave of global consumerism that demands everything to be instantaneous. indieguerillas’ recent exhibitions include RESIST! The Art of Resistance at Rautenstrauch-Joest Museum, Cologne, Germany (2021-2022); Warung Murakabi, Special Project at ARTJOG: Resilience, Jogja National Museum, Yogyakarta, Indonesia (2020); and NGA Play Project: indieguerillas at the National Gallery of Australia, Canberra, Australia (2017). Their works are in the public collections of OHD Museum, Singapore Art Museum, and Guangdong Museum of Art. indieguerillas lives and works in Yogyakarta, Indonesia. Iswanto Soerjanto (b. 1967, Jakarta, Indonesia) graduated from the Brooks Institute of Photography, Santa Barbara, California, United States; with a major in Illustration and Advertising Photography in 1988. His solo exhibitions to date include Painting with Light at Mizuma Gallery, Singapore (2020); and his first solo exhibition Re-Definition at Selasar Sunaryo Art Space, Bandung, Indonesia (2018). He has also been part of various group exhibitions, such as ON/OUT OF PAPER at Mizuma Gallery, Singapore (2019); Art On Paper Amsterdam at Gallery Lukisan, Amsterdam, Netherlands (2018); Beyond Photography at Ciputra Artpreneur Centre, Jakarta, Indonesia (2011); and at Garis Art Space Jakarta (2008) and Bali (2004), Indonesia. Iswanto Soerjanto lives and works in Jakarta, Indonesia. Iwan Effendi (b. 1979, Yogyakarta, Indonesia) studied at the Department of Visual Art in Indonesia Institute of the Arts, Yogyakarta, Indonesia from 2002 to 2004. In April 2006, Iwan and his spouse, Ria Tri Sulistyani, founded the Papermoon Puppet Theatre, and in 2020, he founded Ing Printmaking Studio. His solo exhibitions to date include DRAWING withdrawing (2020) and Face to Face (2019) at Mizuma Gallery, Singapore; Lunang at Lir Space, Yogyakarta, Indonesia (2013); Eye of the Messenger at Yavuz Gallery, Singapore (2011); and Two Shoes for Dancing at Valentine Willie Fine Art (Project Room), Kuala Lumpur, Malaysia (2009). Iwan has also participated in group exhibitions in Bulgaria, Singapore, Australia, The Netherlands, Philippines, France, Japan, USA, and Mexico. He has undertaken residencies with the Museum of Art in Kōchi, Japan (2015); Federation Square, Melbourne, Australia (2014); and Asian Cultural Council in New York, USA (2009-10) researching on puppetry, visual, and performance arts. Iwan Effendi lives and works in Yogyakarta, Indonesia.