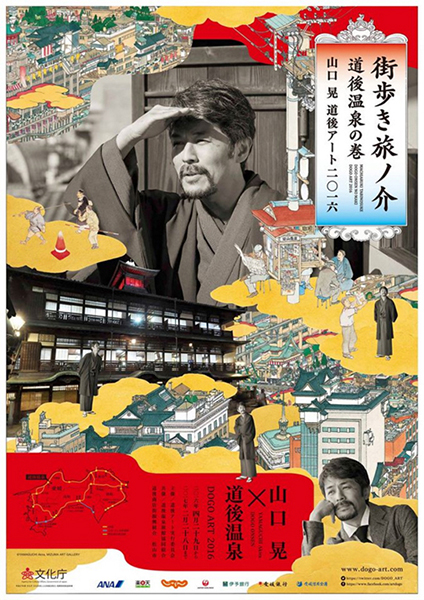 2016 marks the third year of the DOGO ART festival, and is also 100 years since the death of the literary master Natsume Soseki, and 110 years since the first publication of his novel ‘Botchan’. Just as Soseki came from elsewhere to live briefly in Matsuyama, which he made the setting for the ironic and humorous ‘Botchan’, so too Yamaguchi has depicted Dogo from the perspective of an “outsider”.

*The works will be on public display until August 2017

2. YAMAGUCHI Akira talk event (Places given to the first 300 applicants)

*reservation is not needed.?Reception opens from 12:30.