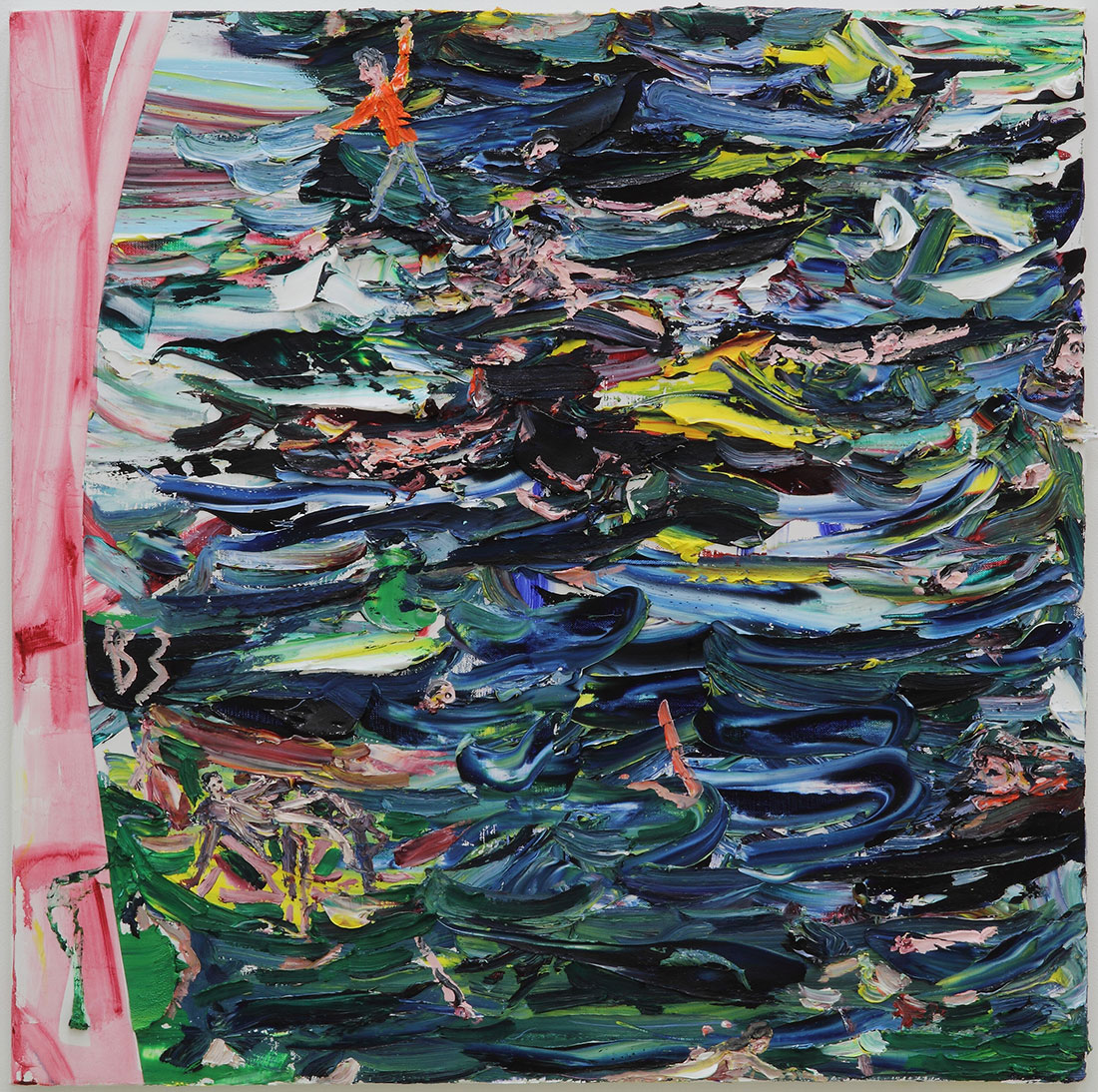 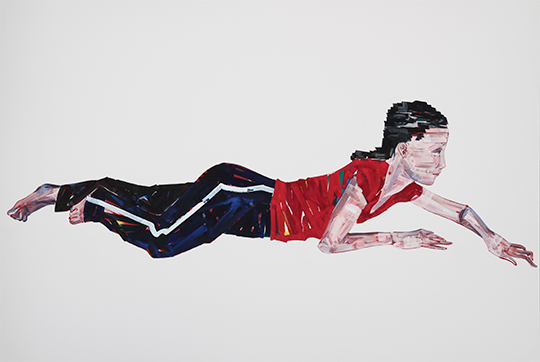 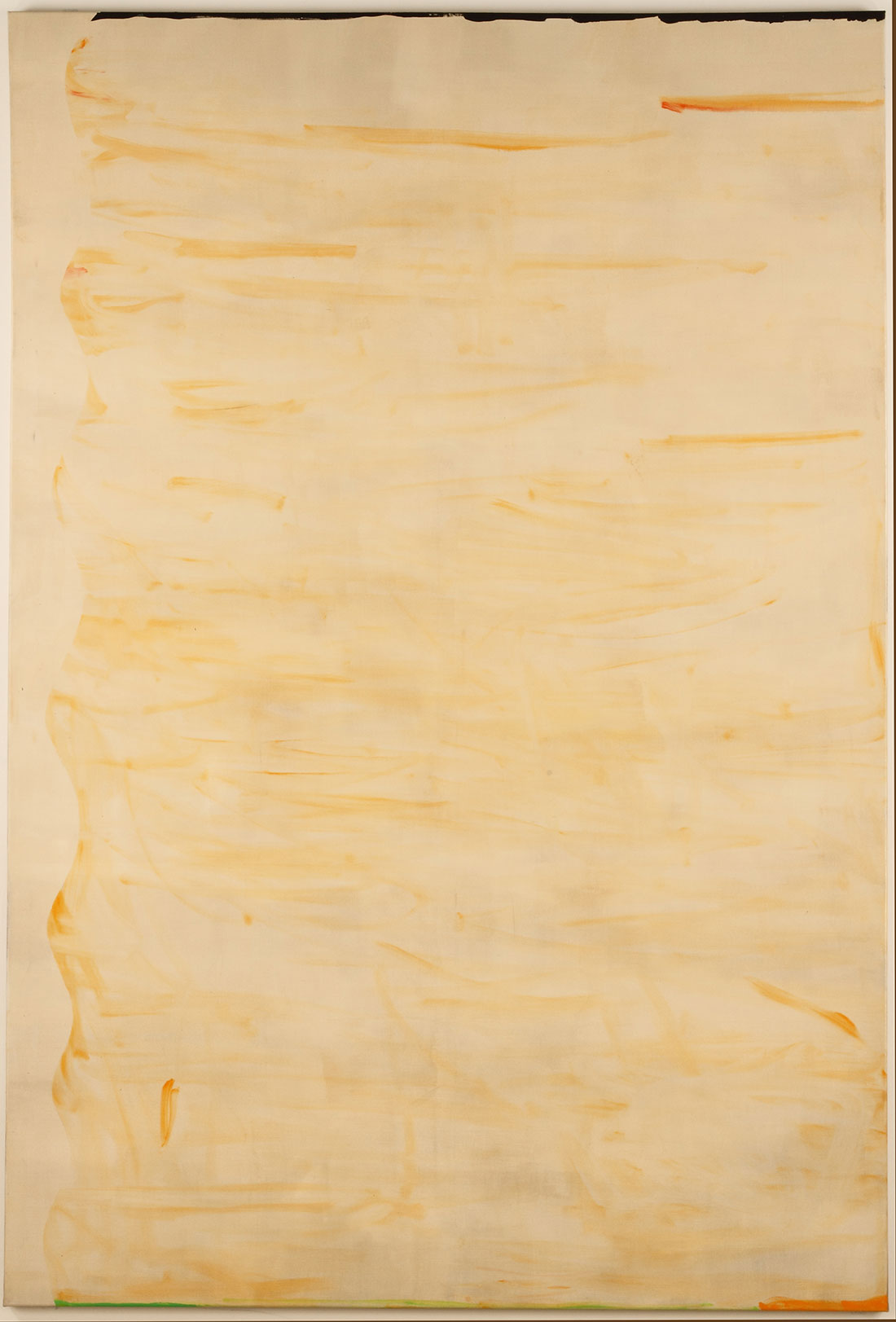 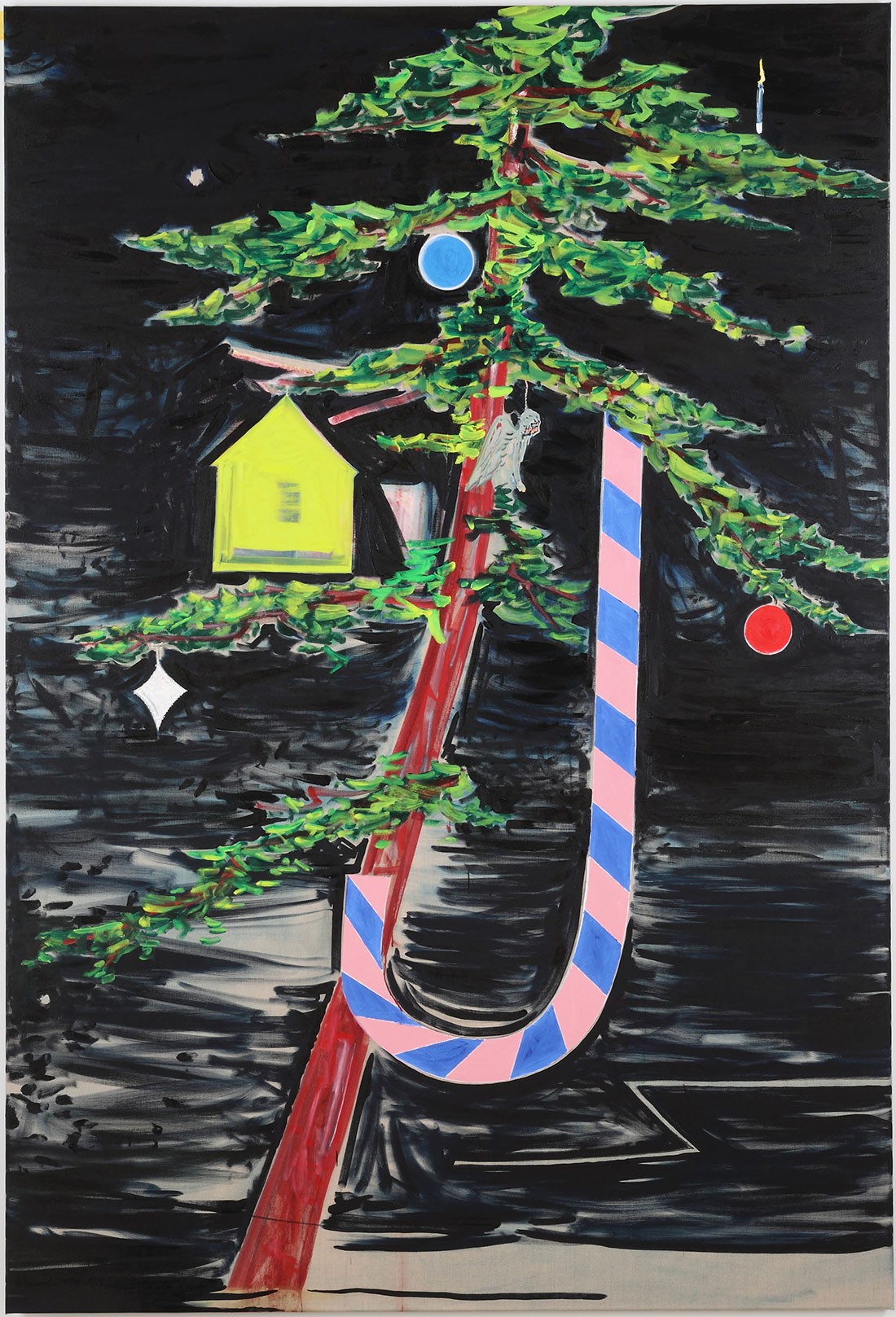 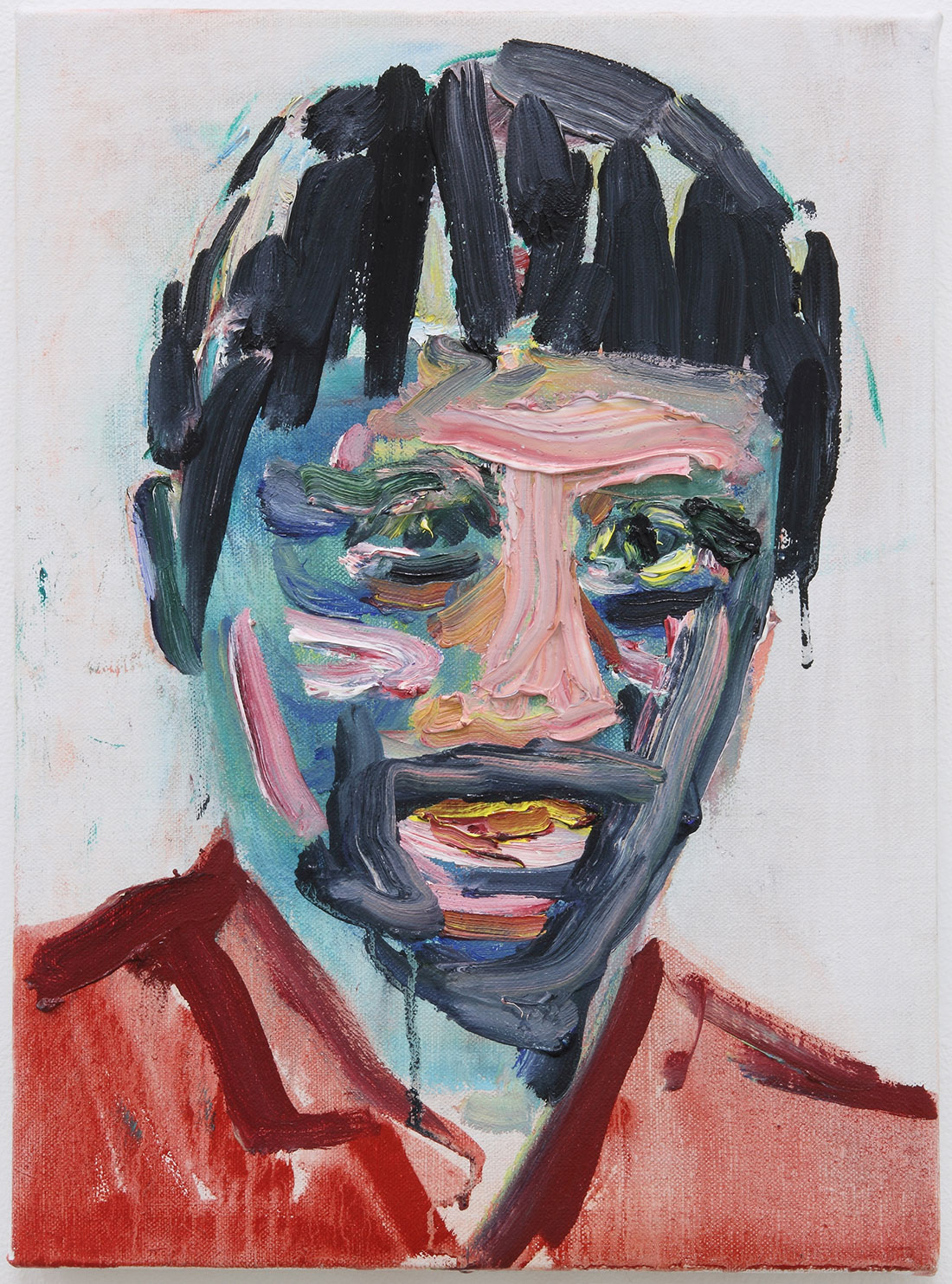 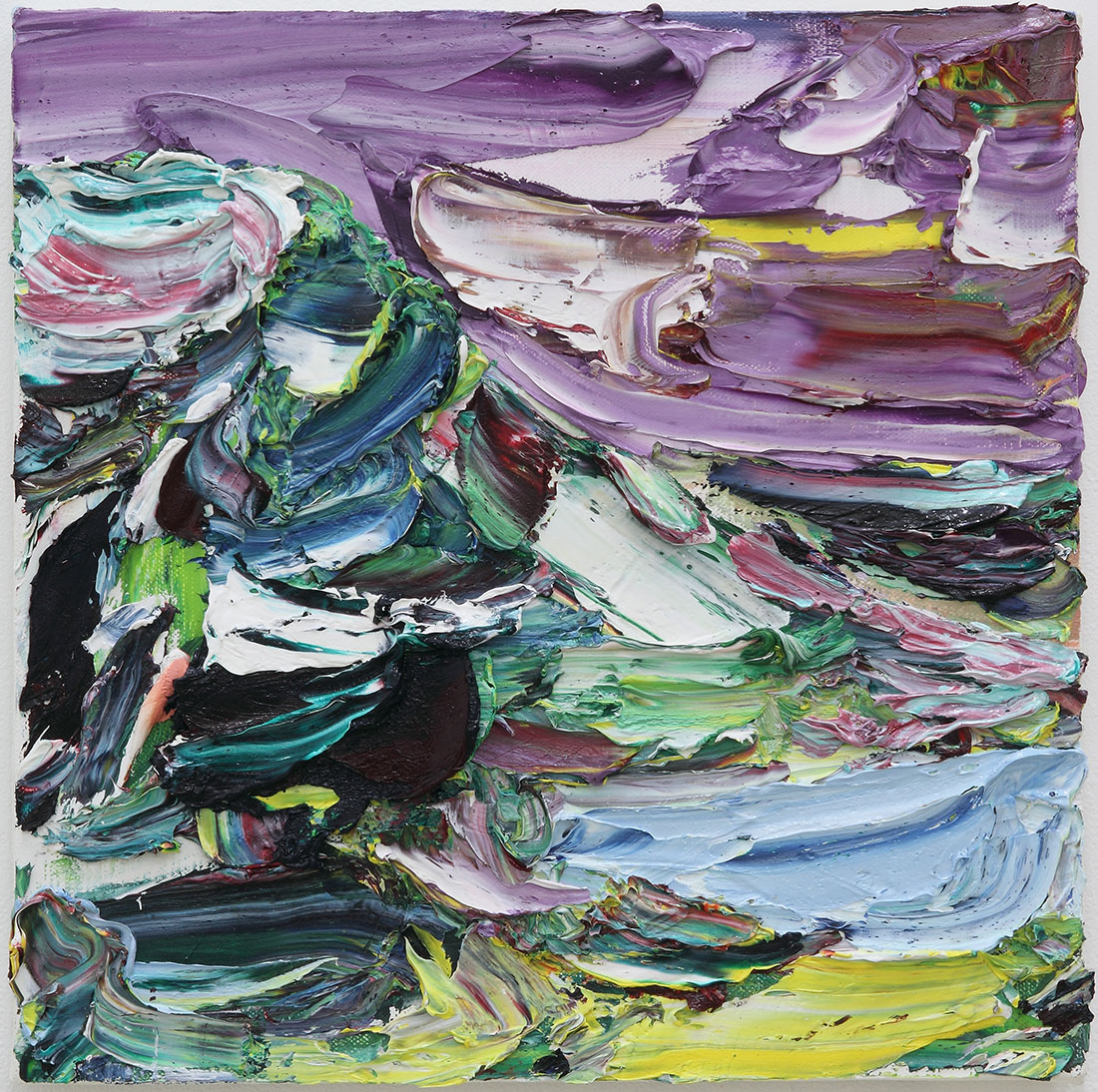 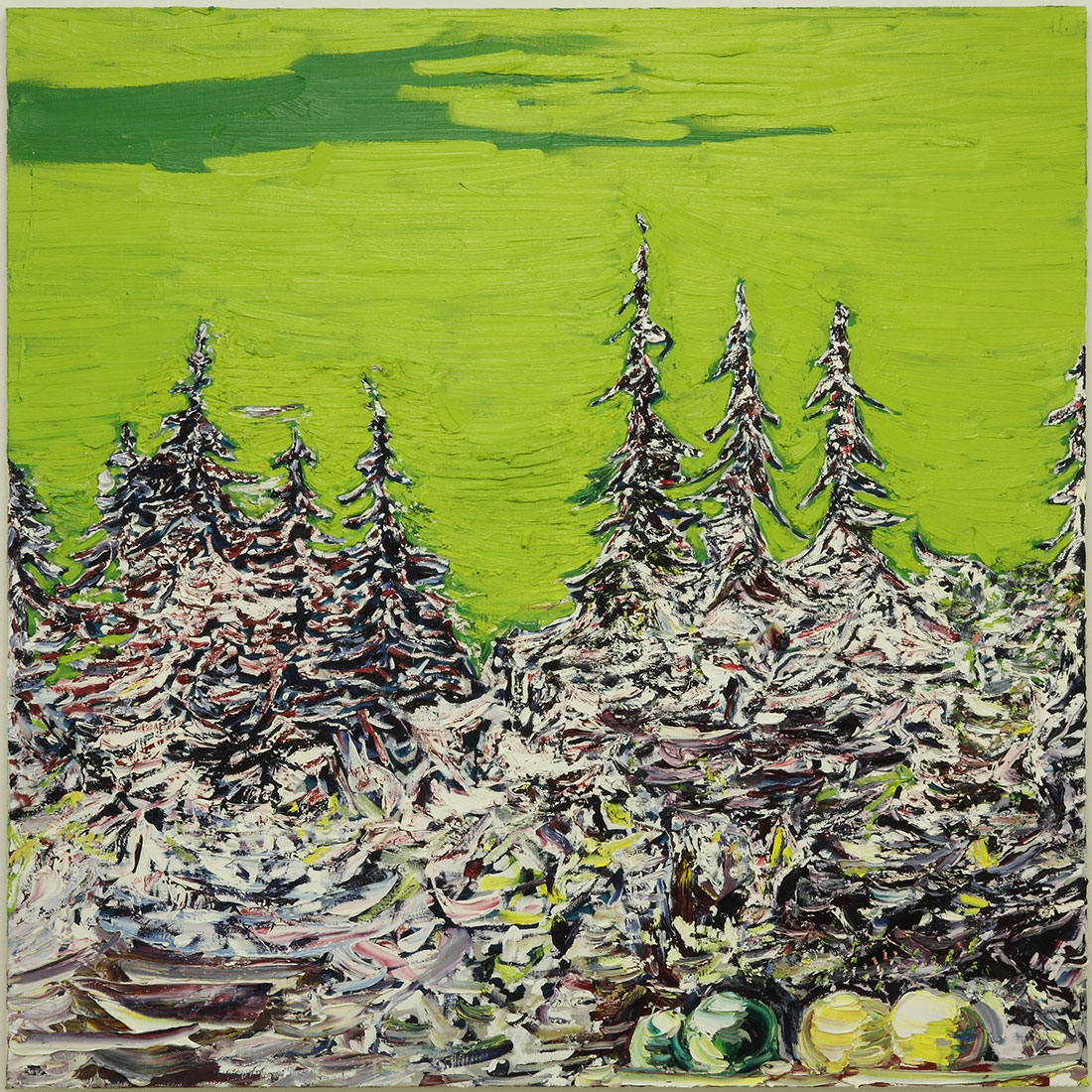 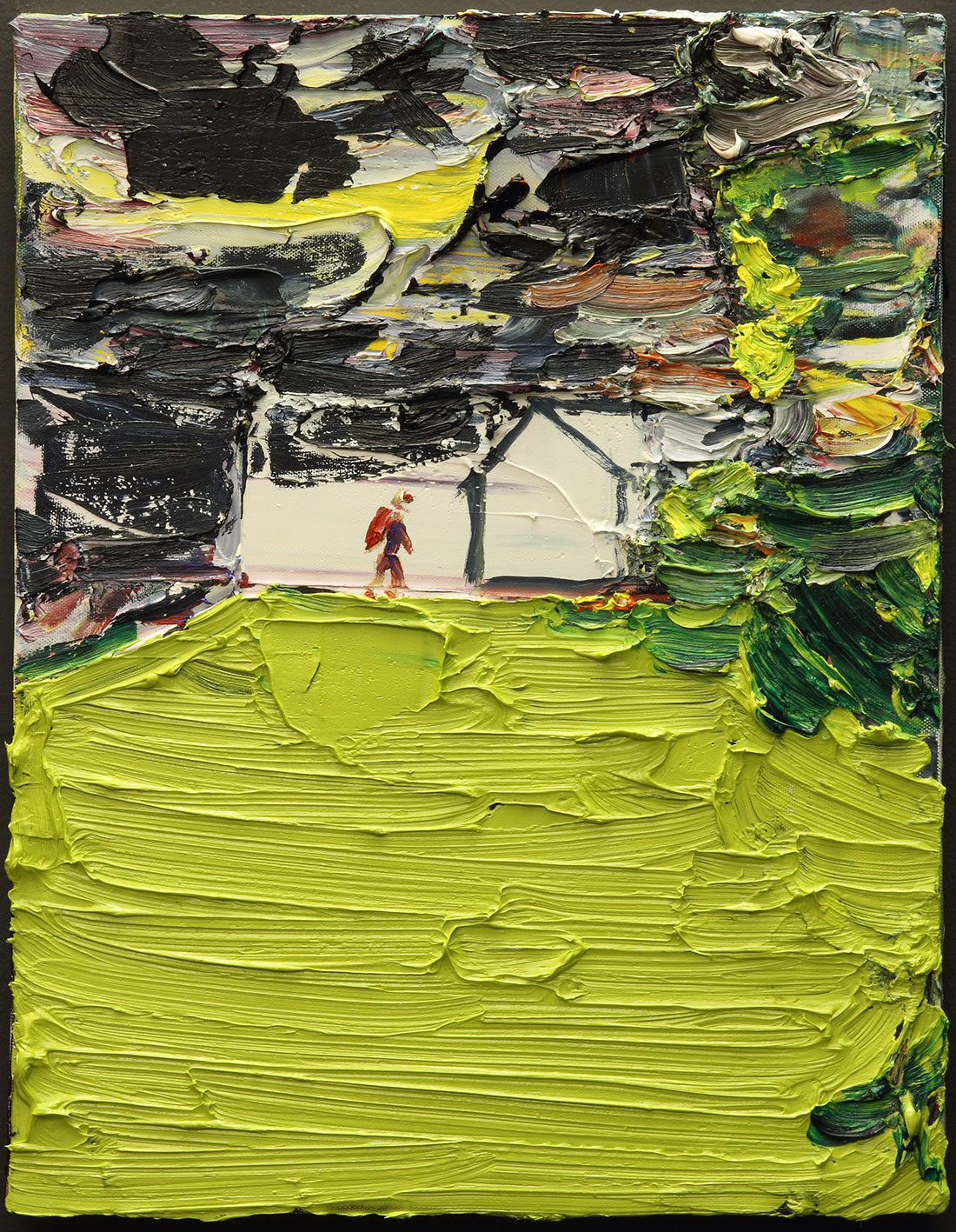 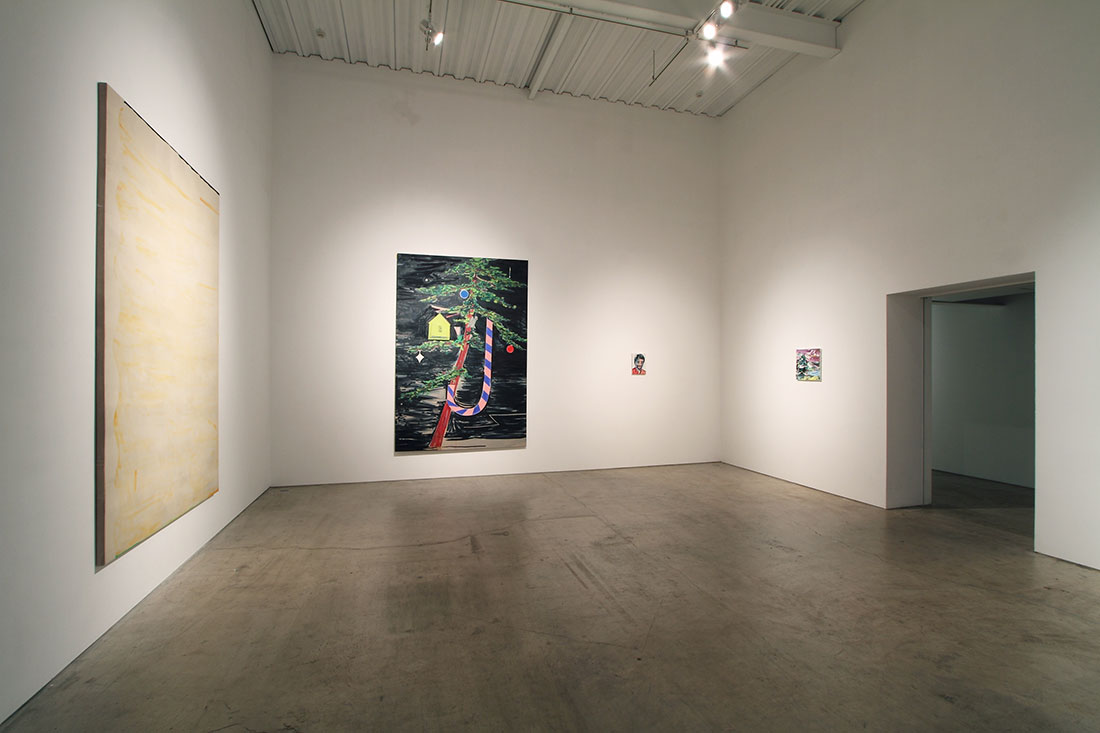 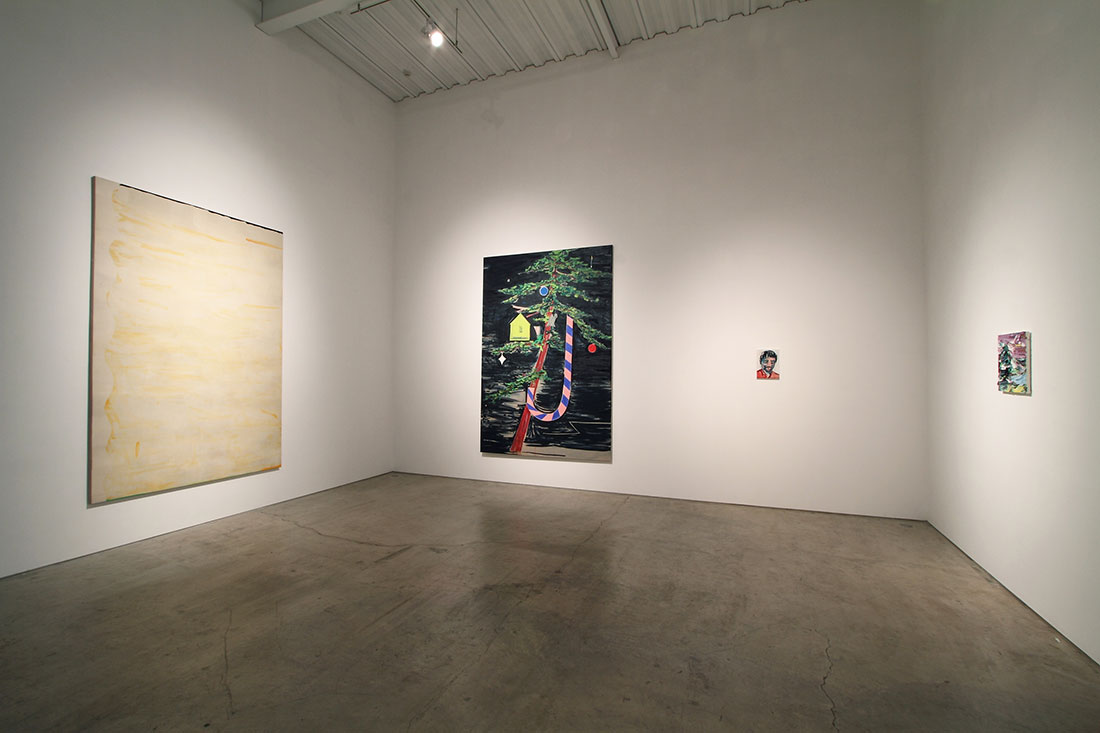 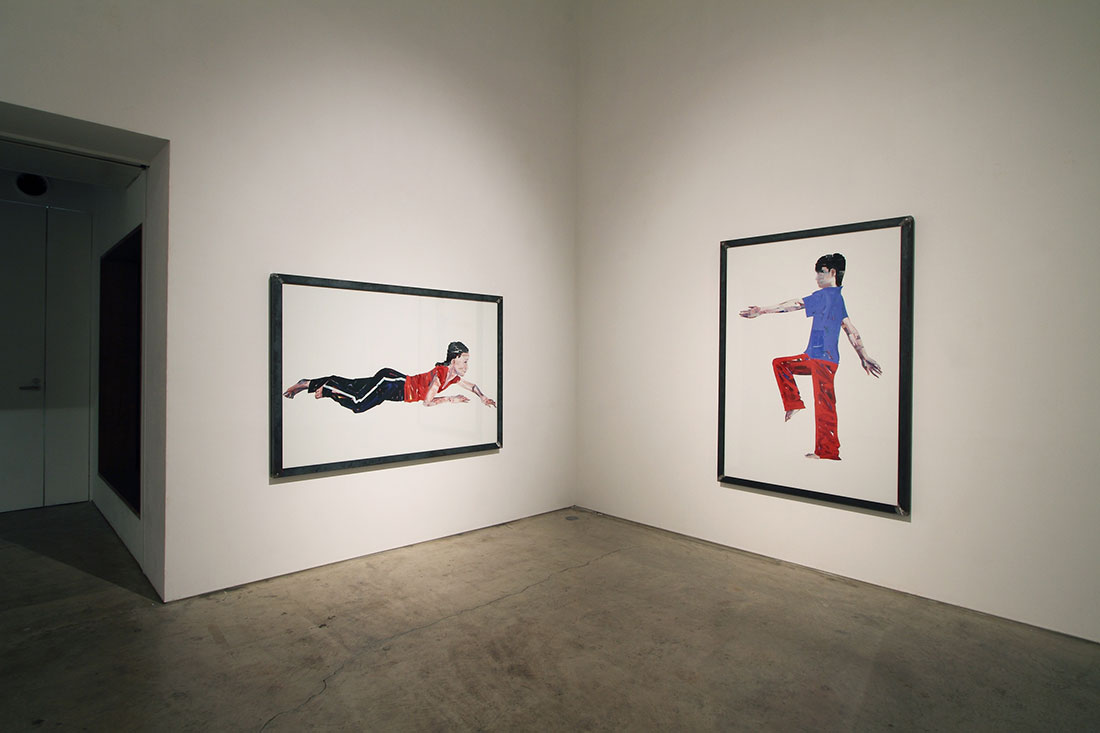 Since his last show at Mizuma, ‘Mt. O JUN’ in spring 2010, the artist has participated in numerous international exhibitions and vigorously pursued his artistic practice. Nonetheless, this year represents a particularly rich opportunity to see the fully matured talent of O Jun realized to perfection in his work. Aside from the Mizuma show he will be holding a two person show with NISHIJIMA Naoki from Saturday 13th April 2014 at Nizayama Forest Art Museum (Toyama), and from December 2013 onwards he is holding another solo show at Fuchu Art Museum.

In O Jun’s work the viewer is presented with a sense of freedom and comic vitality communicated through rhythmically painted bright colors and a clear, distinct use of line. On the other hand, the figure of the ‘creeping Child’ included in the work in this show possesses a destabilizingly double-faced nature: it is like a fingertip at once directing our field of vision towards the perspective of reality, and drawing us into a world of uncertainty. In the completed artwork there remain clear vestiges of the act of painting itself, in the luxuriously thick layers of color applied in brushstrokes which look as if scribbled in one movement, fully inhabiting the picture plane and filling it up to the margins. This is perhaps one reason why, from the viewer’s perspective, there seems to be an ambiguous slippage in the boundary between our sense of the painting (the action) and the painting (the object) in O Jun’s work.

But aside from such speculations we might have, O Jun himself says of the work that ‘the completed paintings all seem to come into existence ignoring everybody &#8211; even me – occurring as if within a beam of sparkling light. When that happens, I really wonder to myself what a painting is after all. And possibly, at that moment, am I myself being parted from the beam of light, and becoming lost in a place of true darkness?’ When artworks possess a brightness intense enough to take one aback, even when they are given forth from a place of total darkness, is it not enough simply by glimpsing the picture plane for its essential reality to remain imprinted on the backs of our eyes?

Although his work is often created with the affairs and circumstances of daily reality as its theme, O Jun has this time taken incidents deeply ingrained in his memory as inspiration. The ‘Sannojyo’ of the show’s title comes from an experience related to O Jun by his friend, the now deceased art critic known to us simply as ‘Mr. N’. In the final years of his life Mr. N saw this figure, whose name is imagined to be Sannojyo, in a dream. As an invalid Mr. N glimpsed at his bedside a figure that seemed to have come from another realm, from the darkness underground. He felt himself drawn down by this figure into a place of savagery below the world’s surface.

Then, as for this ‘Sannojyo’ character – truly in what kind of a dream are we shown the watchmen of the darkness?

We invite you to admire the mysterious works of O Jun, which envelop their viewers in a smokescreen of the artist’s enigmatic riddles.

Paper- and iron-framed and canvas works of varying sizes will be exhibited together in the style of a set collection of pieces.

In 2006 I produced work and exhibited it for three separate occasions, and in the following year I held a solo exhibition as well. This time resembles the situation at that moment. Paintings that I have produced in a haphazard way, which have leaked out and emerged here and there since last year, we will now gather together and exhibit. There is also a slightly larger painting planned for this solo show. However, I can’t finish it yet. There simply isn’t enough – and yet before I used to keep painting until my surroundings were totally dark. The ‘Sannojyo’ character Mr. N saw in his dream was in both body and speech so light, and so impossibly virtuous-seeming, to an unbelievable extent. Then he lures Mr. N in and leads him to a place of danger, somewhere the sight of which is concealed from us. This is a place of incorrigible evil, yet it appeared and Mr. N was led there – so really it is hardly surprising that he barely escaped alive, in breaking out again from that world of darkness. Sannojyo is a wicked man to the core. What kind of a dream must it have been in which to glimpse such a villain?

No, in somewhere as dark as this, surely we can’t even see dreams…

– And that’s enough now – let the next person speak…