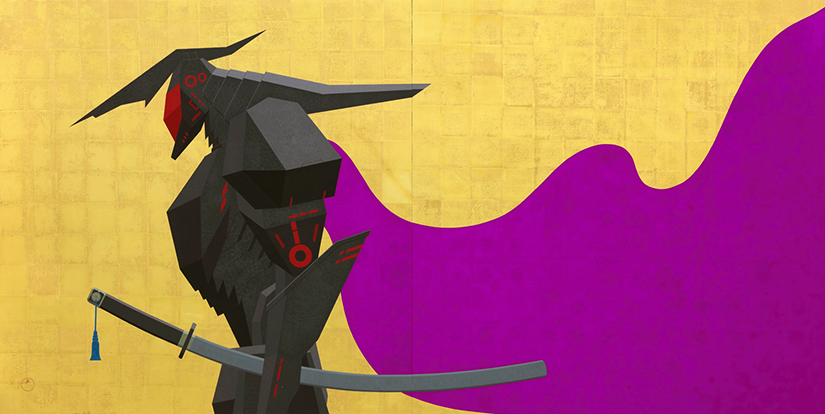 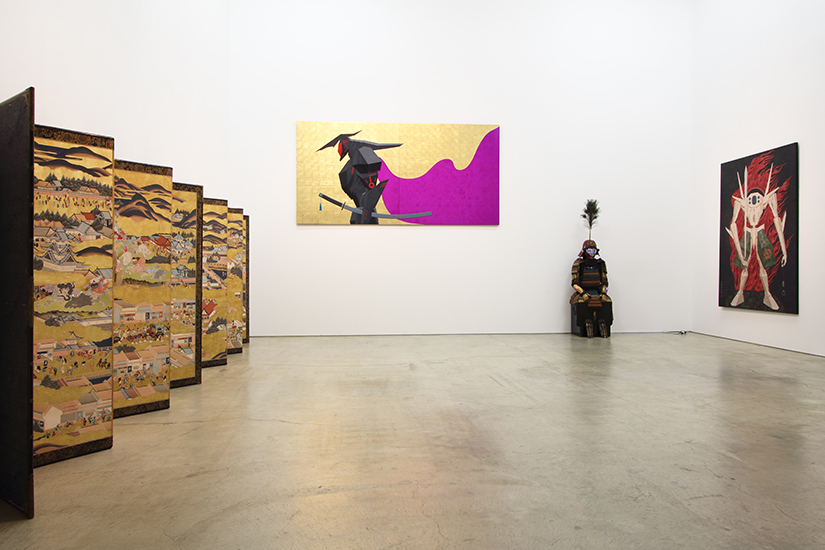 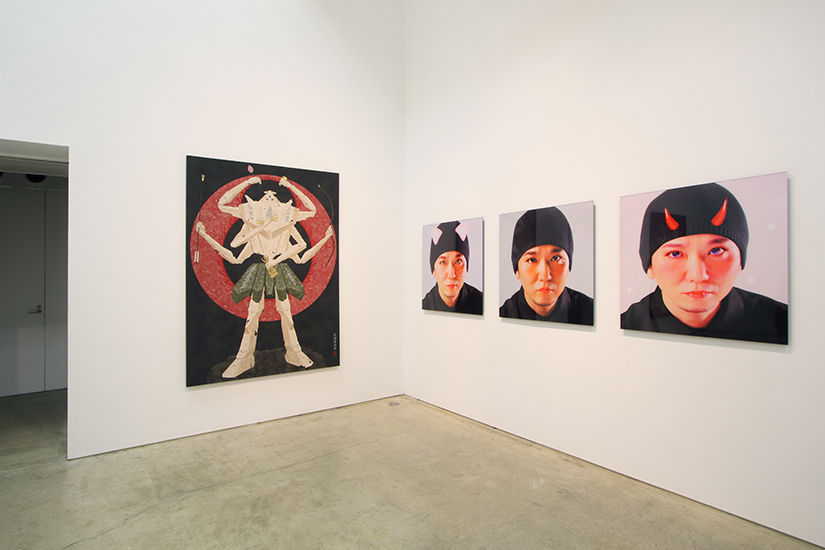 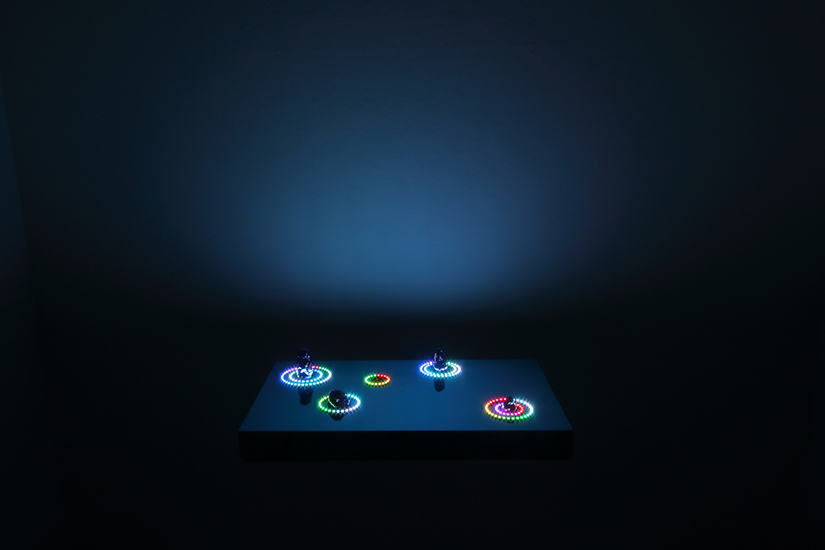 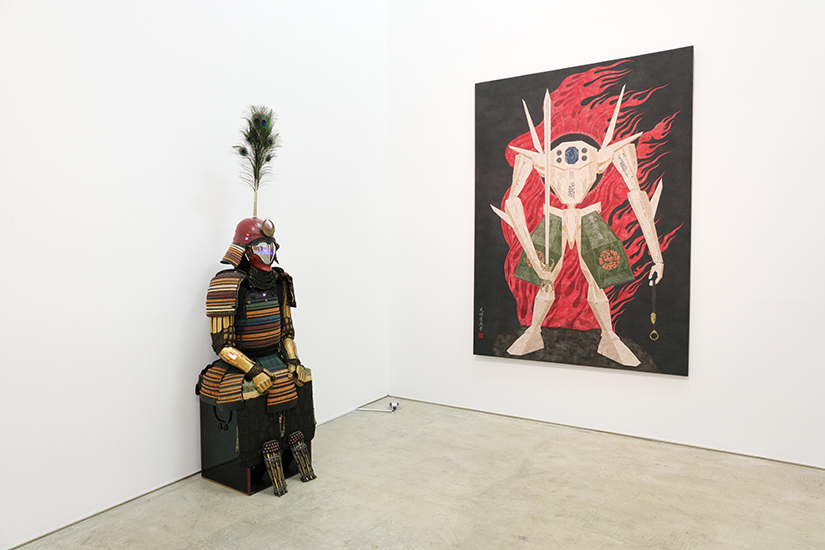 Mizuma Art Gallery is honoured to present Tenmyouya Hisashi’s exhibition “Transformation”, opening on 10th January 2017. For his first solo show with the gallery in two years, Tenmyouya presents new work created under the title of “transformation”: a term which in biology denotes the infiltration of external DNA into an organism’s genetic information, thereby altering that organism’s individual phenotype. This form of alteration based upon material composition or origin differs in type from a random, purely natural change. This form of change is, above all, one that symbolizes Tenmyouya’s own unique artistic practice in that, while emulating the concepts and structures of Japanese classical art, the work he creates is not an incidental occurrence, but rather a thoroughly pre-meditated transformation.

In this exhibition Tenmyouya presents audaciously altered visions of a work comprising a pair of six-panel folding screens featuring rakuchuu-rakugai-zu (‘scenes in and around the Capital’) motifs, which was created by an unknown artist during the Bakumatsu-Meiji Period (the years at the end of the Edo and beginning of the Meiji eras, which saw the conclusion of the Tokugawa shogunate). In addition to one of Tenmyouya’s largest two-dimensional pieces, the show will feature work that transforms into a contemporary sensibility the motifs of traditional Buddhist deity images (myouou-zu), as well as the well-known Rimpa school folding-screen piece Red and White Plum Blossoms. Also shown will be sculptural pieces, as variants upon the armour of samurai. Finally, for this exhibition Tenmyouya will present his first ever ventures within the medium of photography.

Classical Japanese art forms such as Rimpa, Maruyama, musha-e (warrior pictures), rakuchuu-rakugai-zu, Buddhist pictures and samurai armour: the works of this exhibition take their inspiration from this vast array of aesthetic schools and genealogies, whilst radically collapsing traditional phenotypes. As such they form a truly diverse range of content, the images of all of which have been in some regard transfigured into the contemporary.