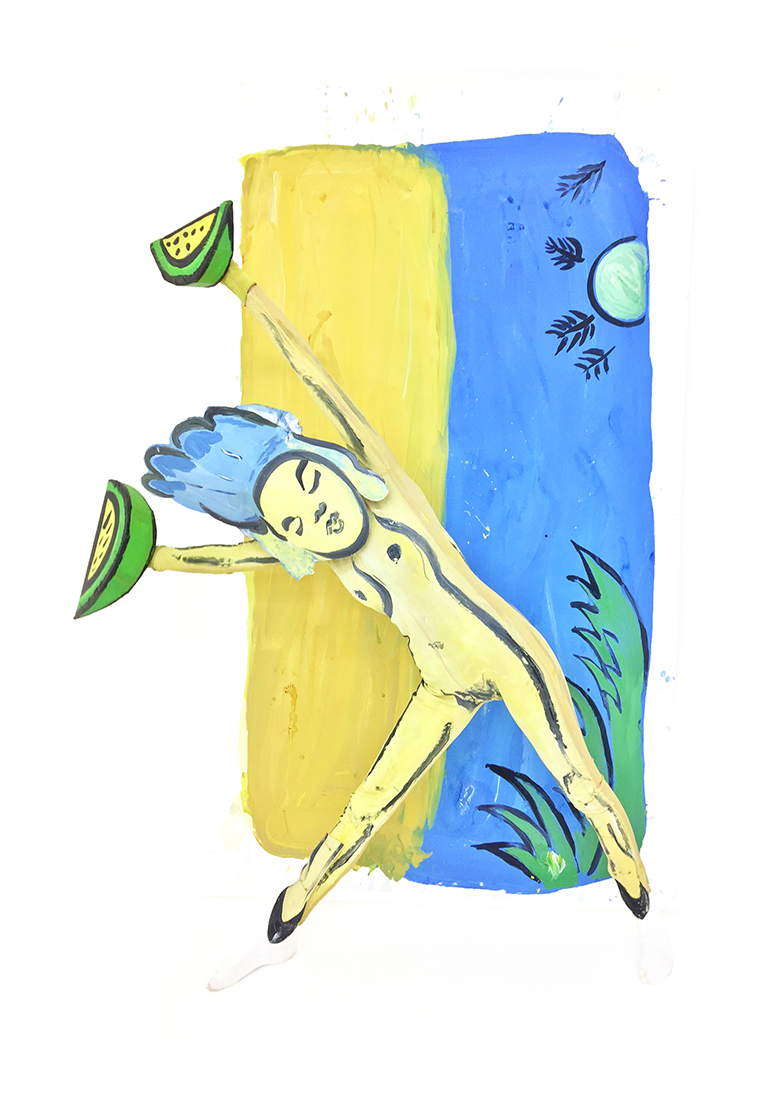 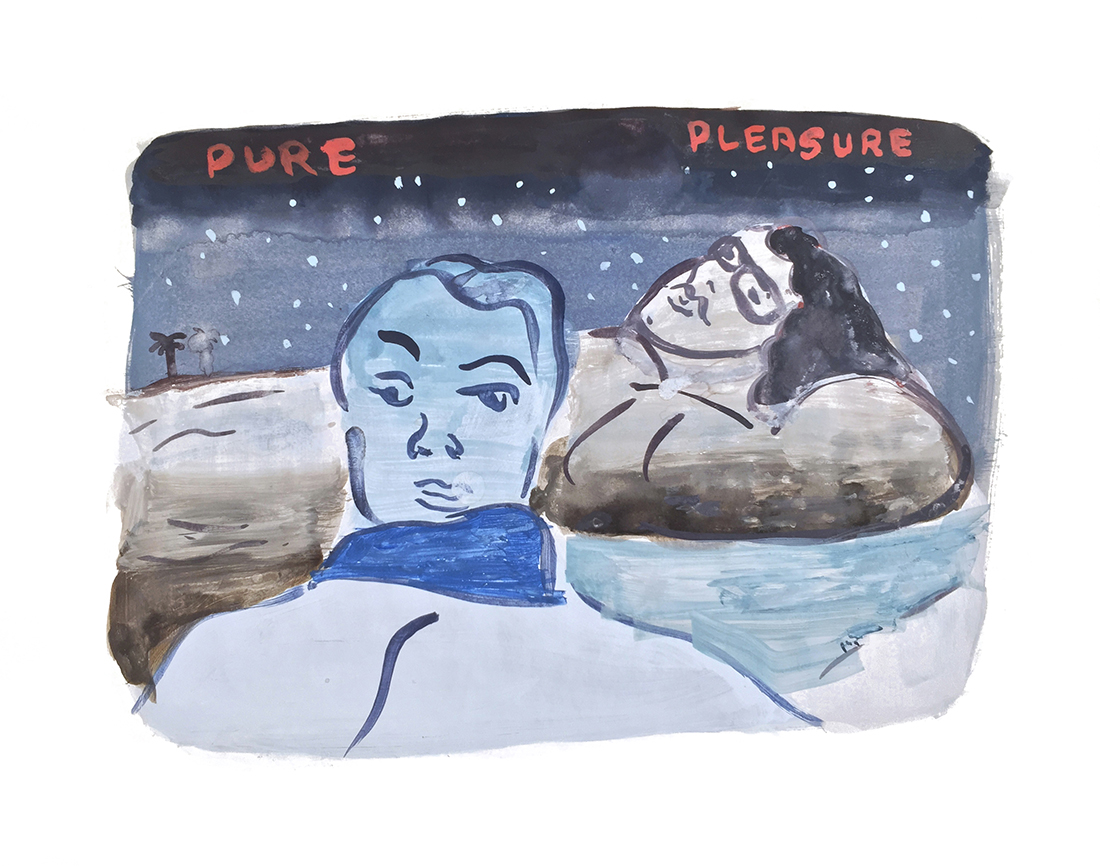 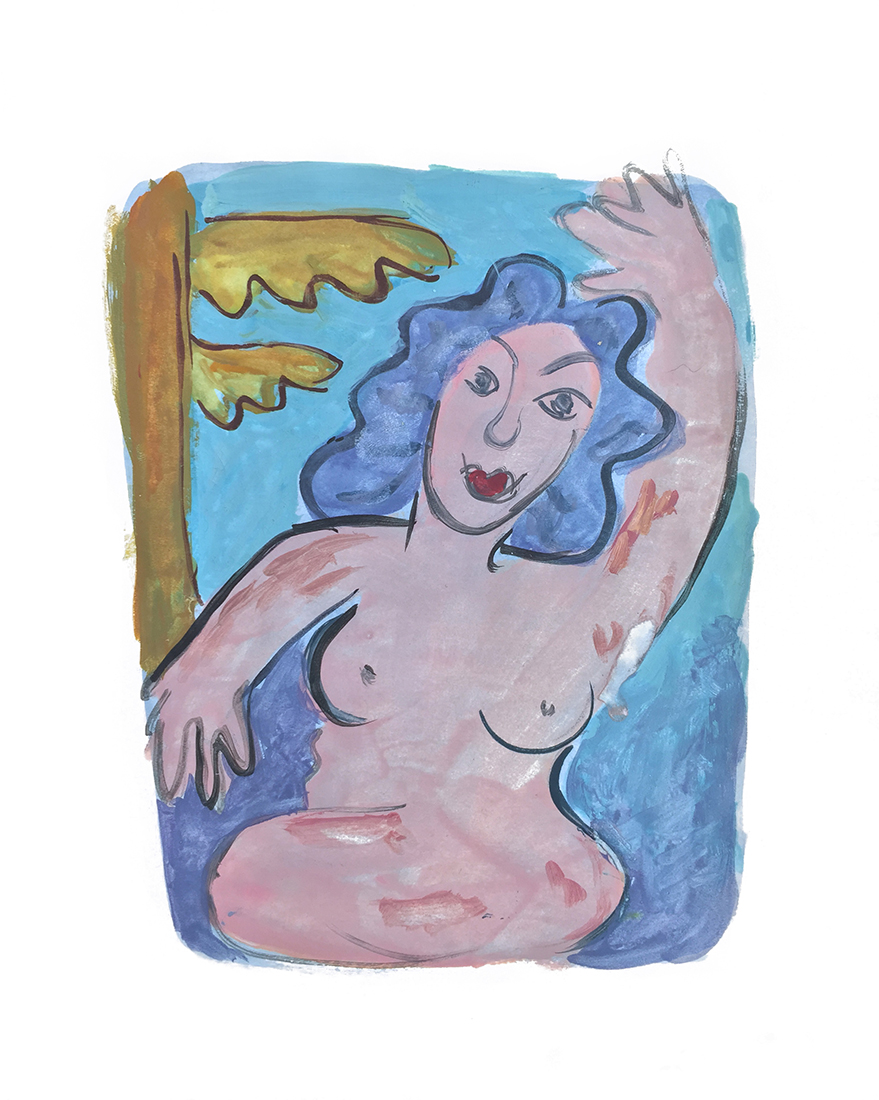 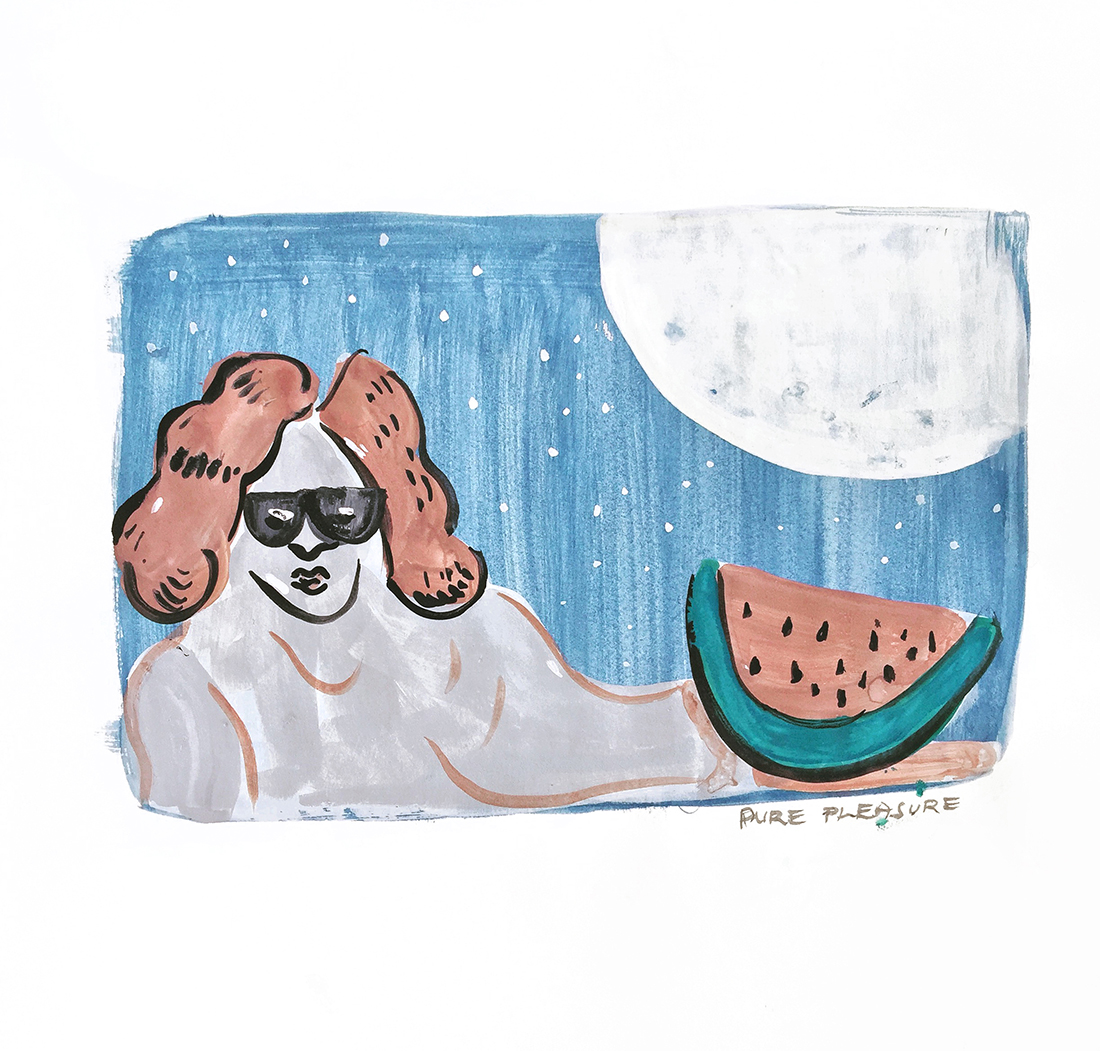 Kate Groobey was born in Leeds, UK, in 1979. She received a BFA degree in Fine Art from the Ruskin School of Art, Oxford University, followed by an MA in Painting from the Royal College of Art in London. She is the first female winner of the Daiwa Foundation Art Prize, which has been awarded to a British artist every three years since 2009. She lives and works between Yorkshire, England, and the South of France.

Kate Groobey’s paintings and performances explore interactions between people, and relationships born out of shared moments. For the past three years her practice has drawn on her lived experiences. Creating characters based on herself, her friends and partner, she depicts subjects that are very personal yet through her process also transition into stereotypical figures conveying things that everyone can relate to like panic, perfection, hate, hard work, shyness or pleasure.

Beginning her process with diaristic drawings and watercolour studies, the artist goes on to create a larger scale painting, positioning the canvas on the floor and traversing it with her body as she works. By the flexible movement of her paintbrush through large gestural actions, Groobey creates on the canvas a natural formal language richly expressive of such physicality.

This exhibition will feature work from Groobey’s Pure Pleasure series. The artist describes one of its origins as when “at LACMA, I stood looking at a Picasso painting called Man and Woman where the male figure is pointing a knife at the woman’s vagina, when a male security guard (laughing) said, “Picasso was a pig!” That encounter stuck with me and as I started to make my Pure Pleasure paintings I turned my attention to an unexplored perspective in the history of painting, that of a woman painting her female lover, woman on woman, with a desiring female gaze. I realised that when we see a female figure in a painting we are only used to seeing the desiring male gaze or self portraits.” Groobey began creating Pure Pleasure as a series of portraits of her partner.

Also shown are video performance works in which the paintings become sublimated into new form. In these works, Groobey dons costumes of the characters in the nude portraits and performs improvised vignettes (the costumes, backdrops and accompanying music are all her own creation). Seemingly breathing life into two-dimensional portraits, the elasticity of the artist’s body develops the image with scintillating dynamism.

Groobey’s buoyantly depicted line, and the almost utopian vivacity of her palette, interweave an exhibition space in which the viewer, too, may experience the state of being, the emotion, or situation of pleasure.   We look forward to welcoming you to Kate Groobey’s first solo exhibition in Asia.

*Kate Groobey will come to Japan for the opening reception.

Reservation is not required