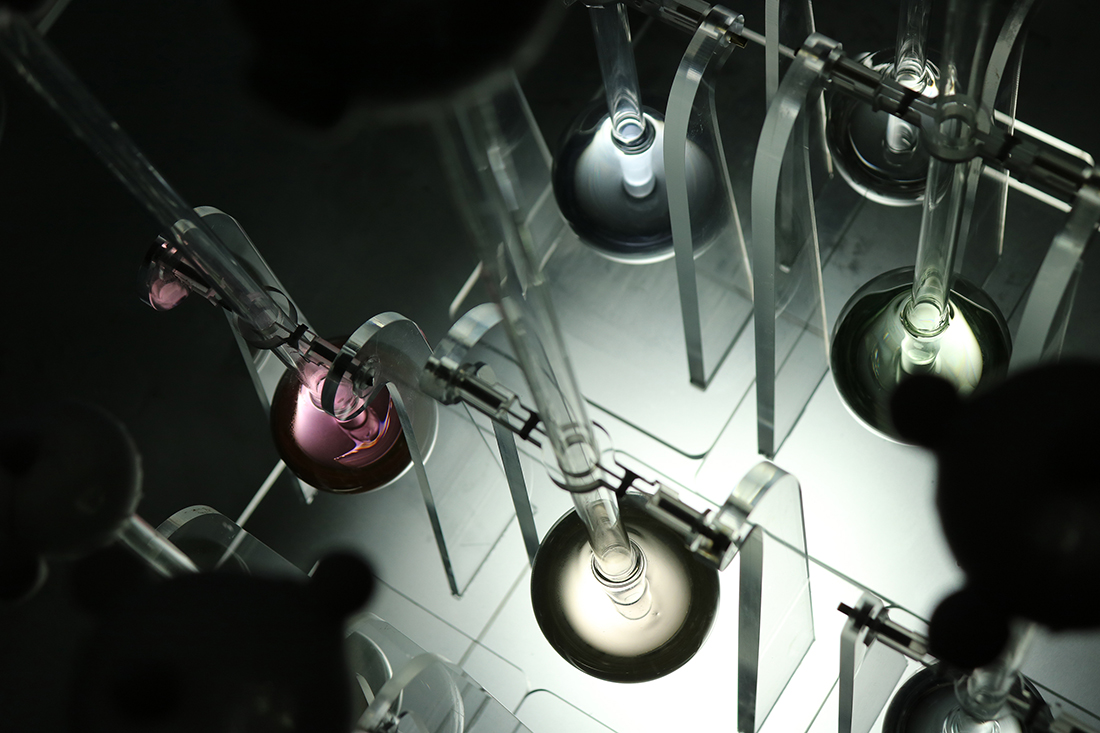 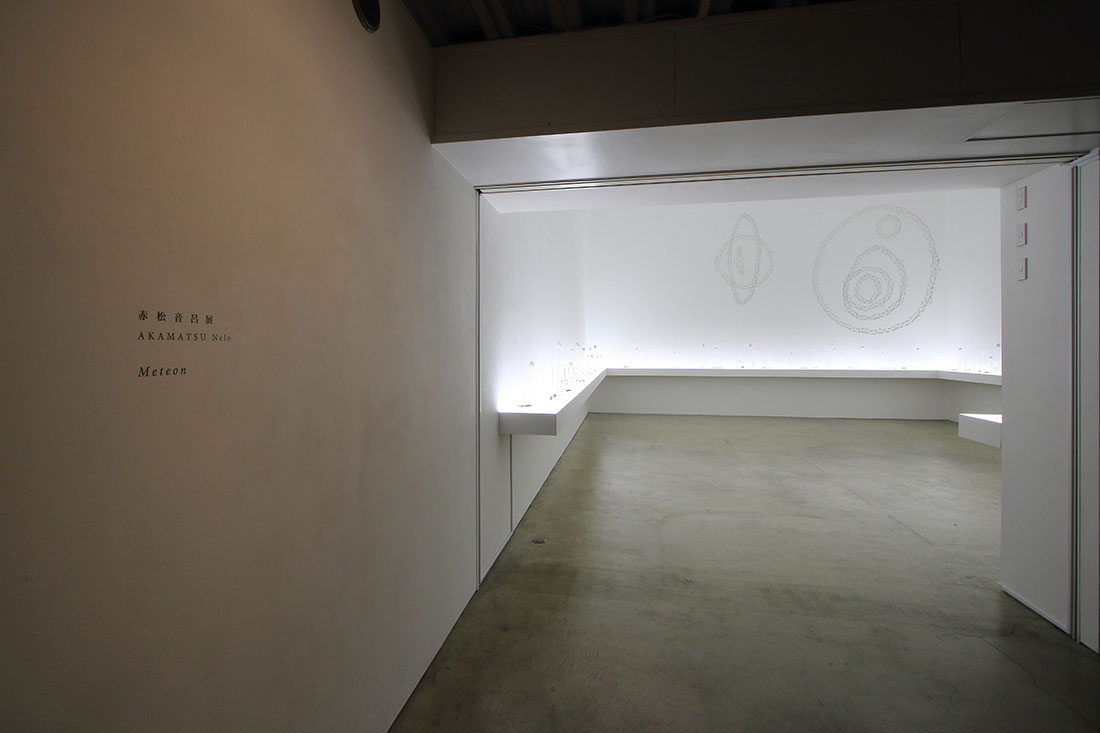 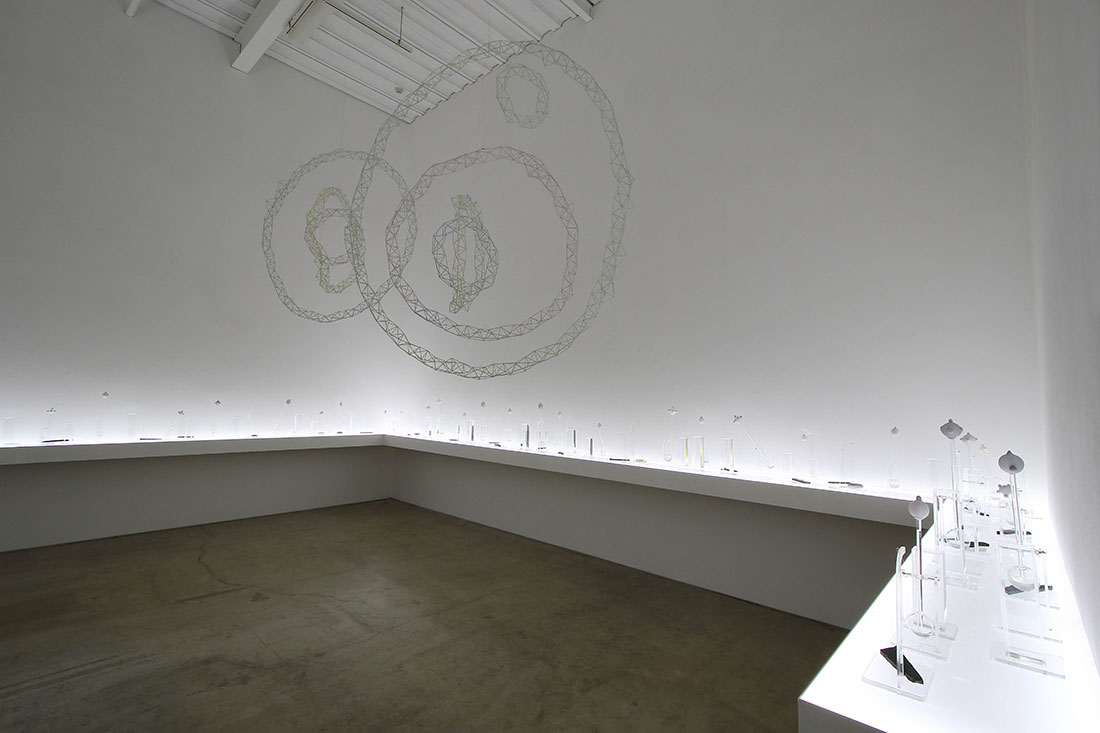 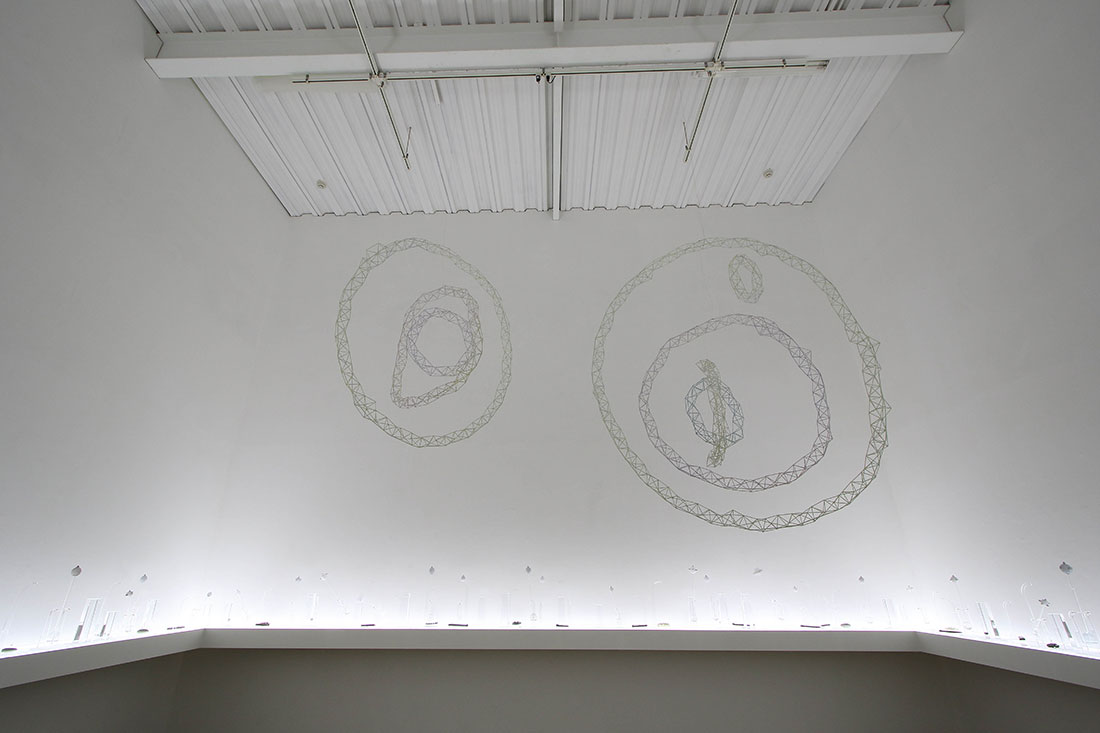 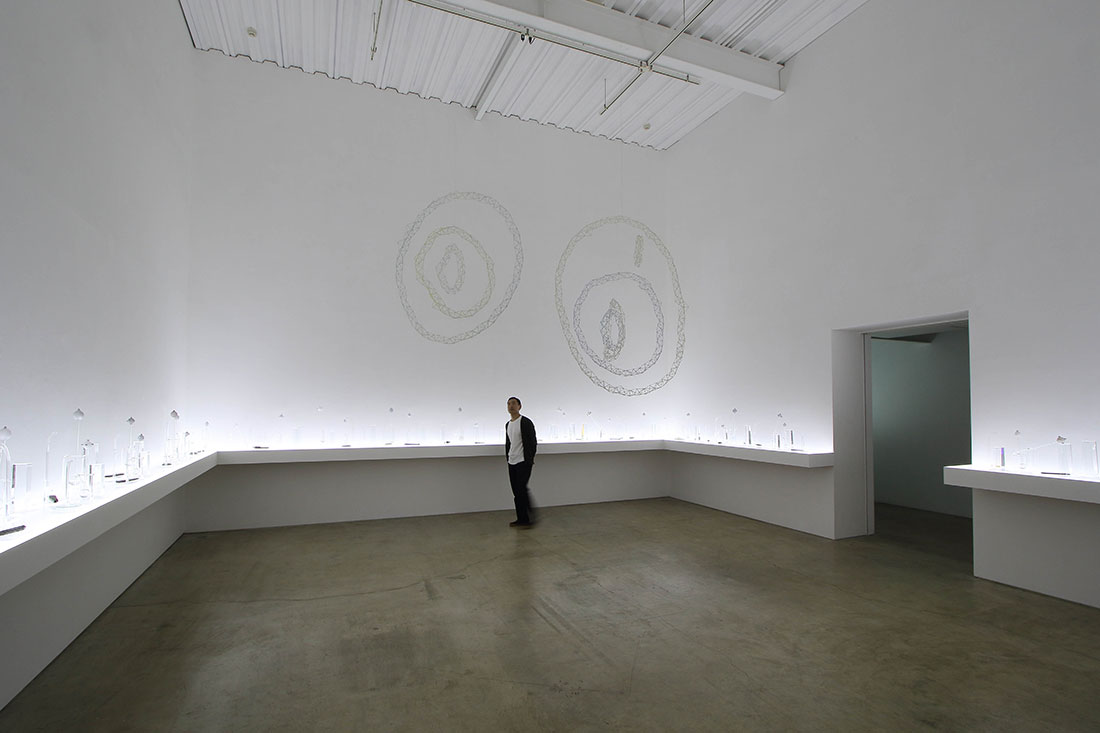 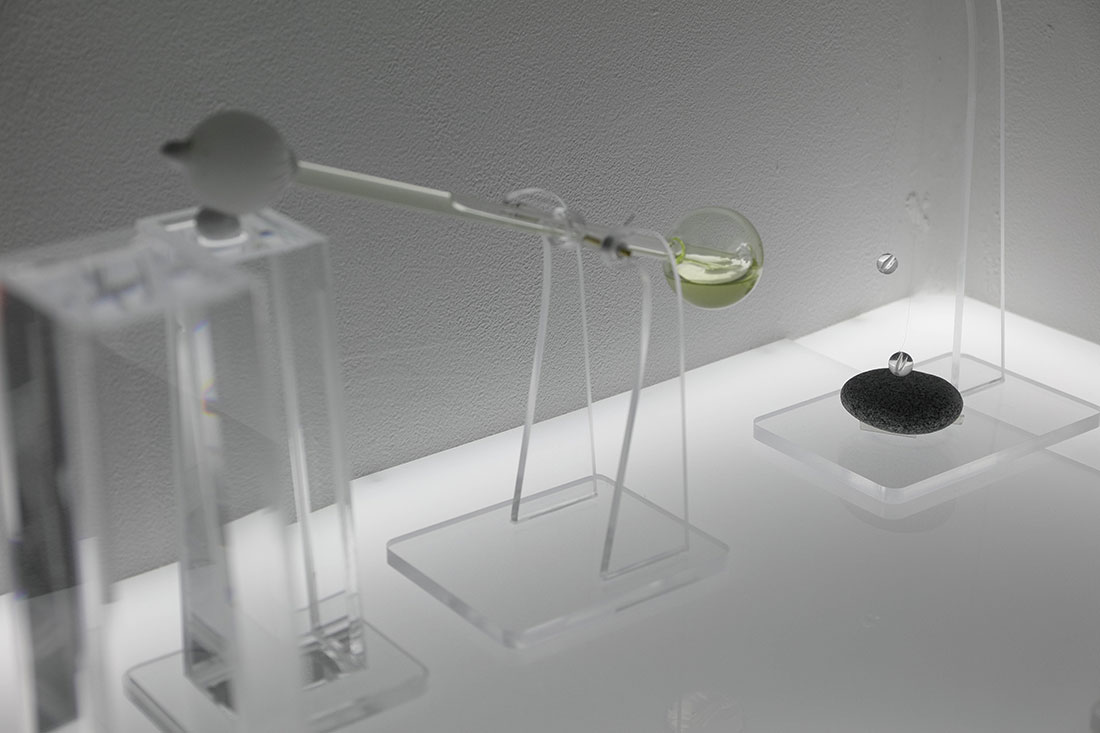 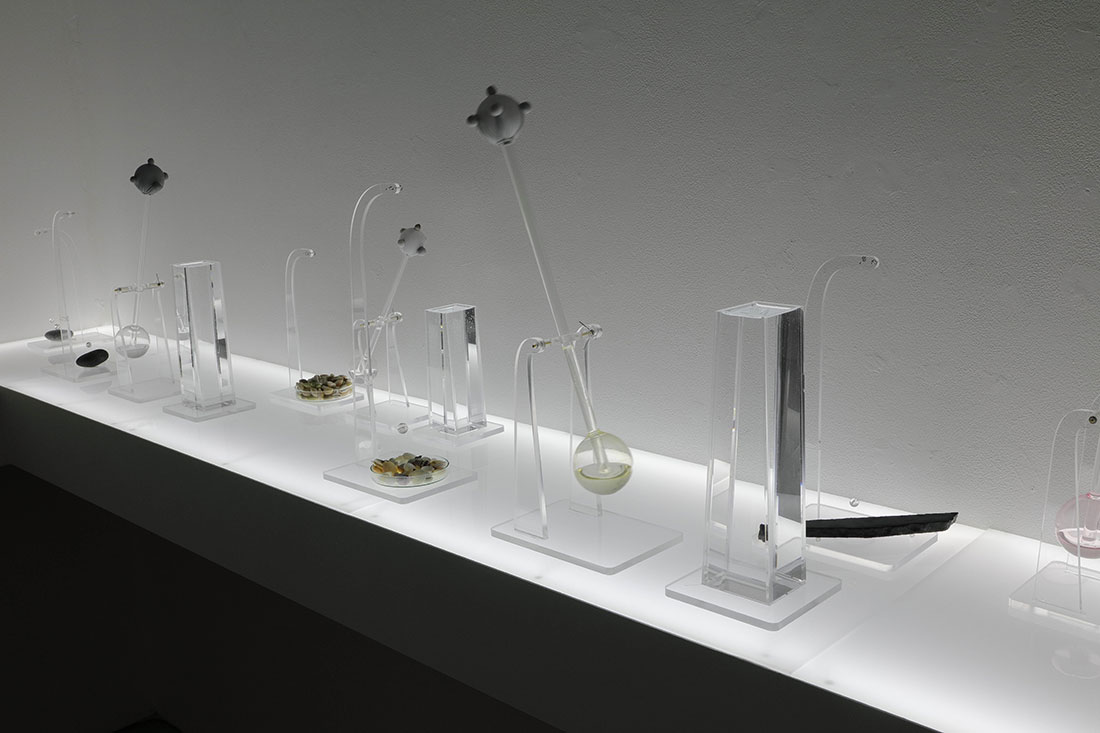 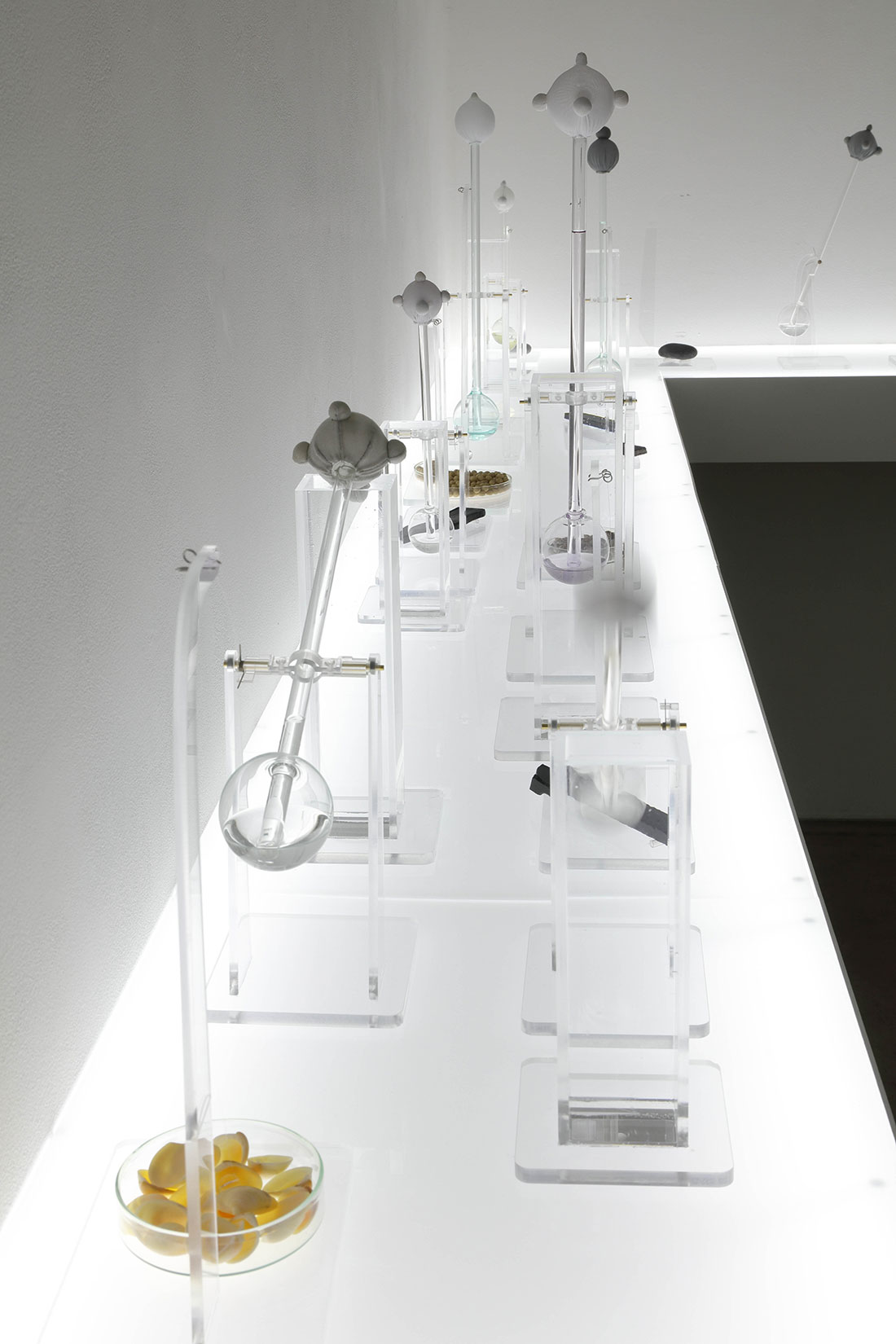 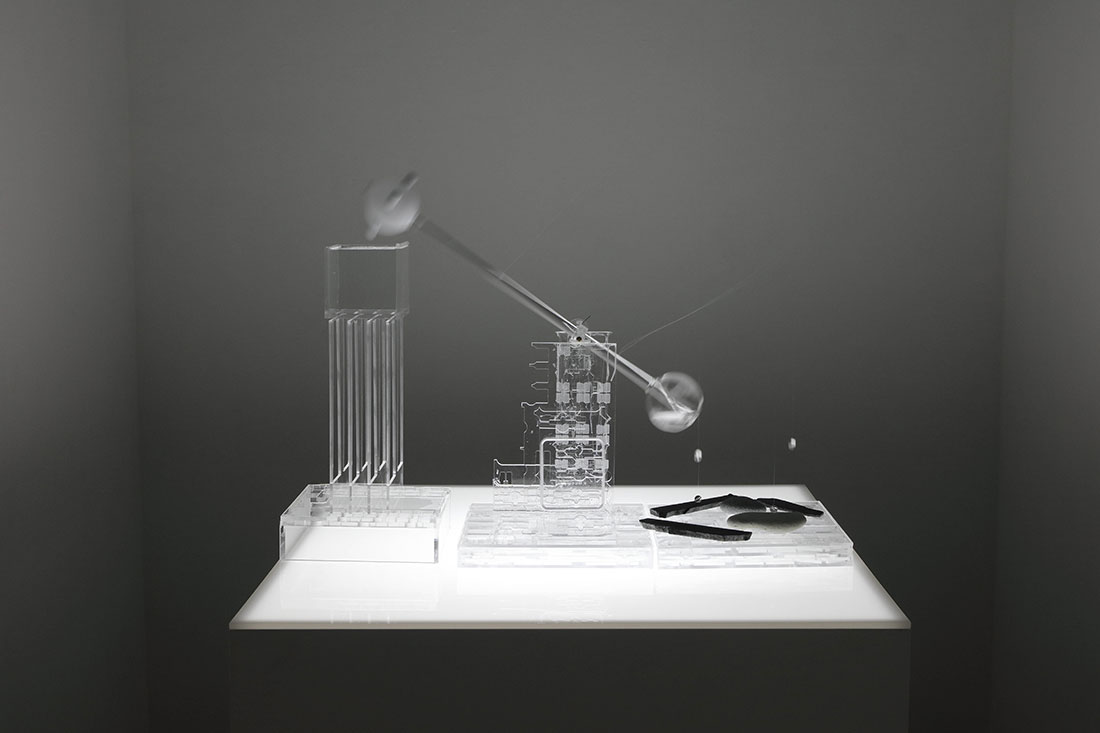 An exhibition by AKAMATSU Nelo entitled “Meteon” will be held at Mizuma Art Gallery beginning on Wednesday, 29th May.

At his first solo exhibition for Mizuma Art Gallery, “Chijikinkutusu/Chozumaki” which was held last year, Akamatsu showcased his sound installation piece that utilized the effects of geomagnetism and whirlpool.

After winning the Golden Nica Award (Grand Prix) in 2015 at Prix Ars Electronica, an international media art competition in Austria, he has continued to actively exhibit his work, particularly overseas, and after his last solo show at Mizuma Art Gallery in 2018, has continued to present his works at exhibitions and art festivals in various countries around the world, including Spain, Austria, Taiwan, and Canada.

Akamatsu will present two new works in this exhibition: “Meteon” which uses the principle of heat vaporization, and “Chijikigumo” which attempts to visualize the effects of geomagnetic field.

The title of the exhibition “Meteon” is a term coined by Akamatsu, combining Meteorology and On (Japanese word for sound) and it is a sound installation work that incorporates the principle of heat vaporization. When the water evaporates, there is a loss of heat, causing the temperature to drop, and the resulting temperature difference becomes the driving force for the work’s system to generate sound. Akamatsu has symbolically treated water evaporation as one of the focal elements of weather phenomena, and has likened the interior of the glass container to a weather environment existing in an imaginary planet. The random sounds you begin to hear from all sides as you enter the gallery space and the unpredictable rhythm that are created between the interval of sounds, make our sense of hearing more sensitive and allow us to experience sensory expansion.

“Chijikigumo” is an installation piece where layered rings drifting like clouds, are fluidly rotated by the presence of geomagnetism. Recent research has shown that humans have the potential to sense magnetism as their sixth sense, just like migratory birds and bees possessing geomagnetic sensors within their own bodies, in order to carry out seasonal migration and homing. Akamatsu, who has been interested in geomagnetism for many years, has often incorporated this idea into his artworks, creating his new work through trial and error, and has captured the visuals of earth’s magnetic force through cloud-like movements.

Please take the opportunity to see this new installation revealed for the very first time to the world by Akamatsu Nelo, who delicately perceives the phenomena occurring naturally around us and connects them to his works.