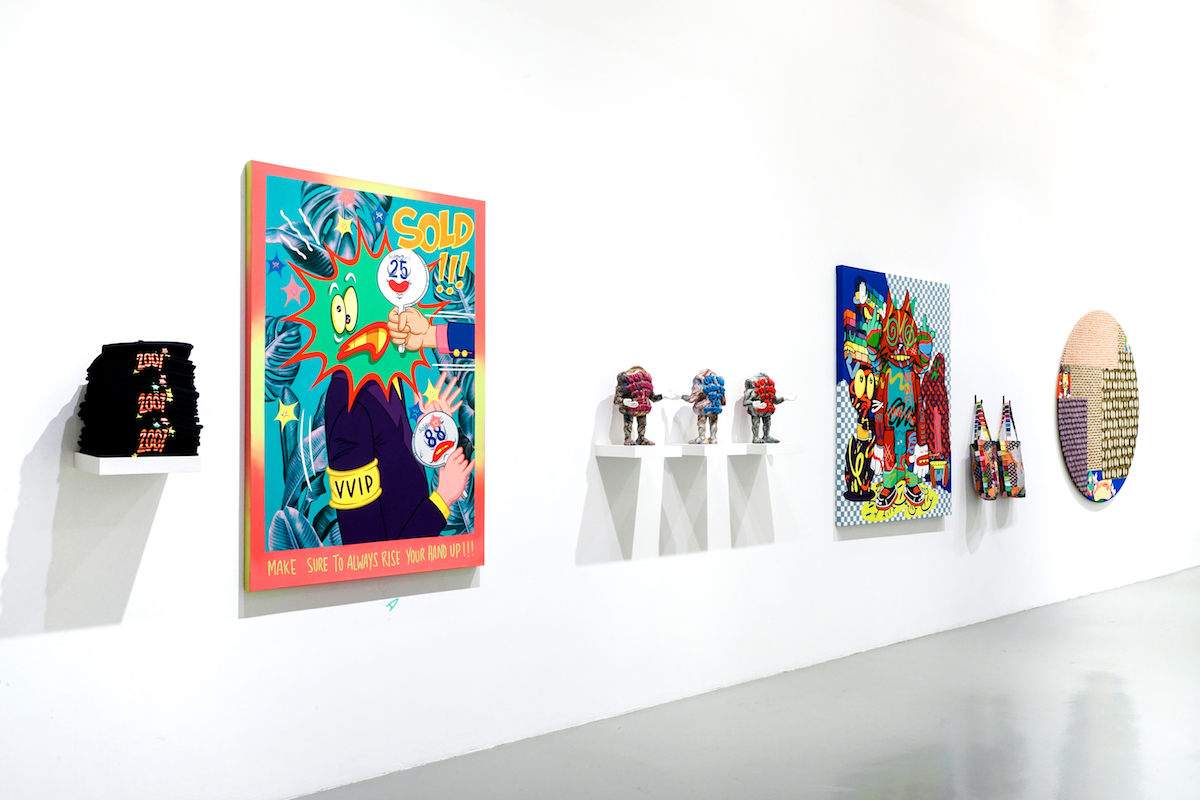 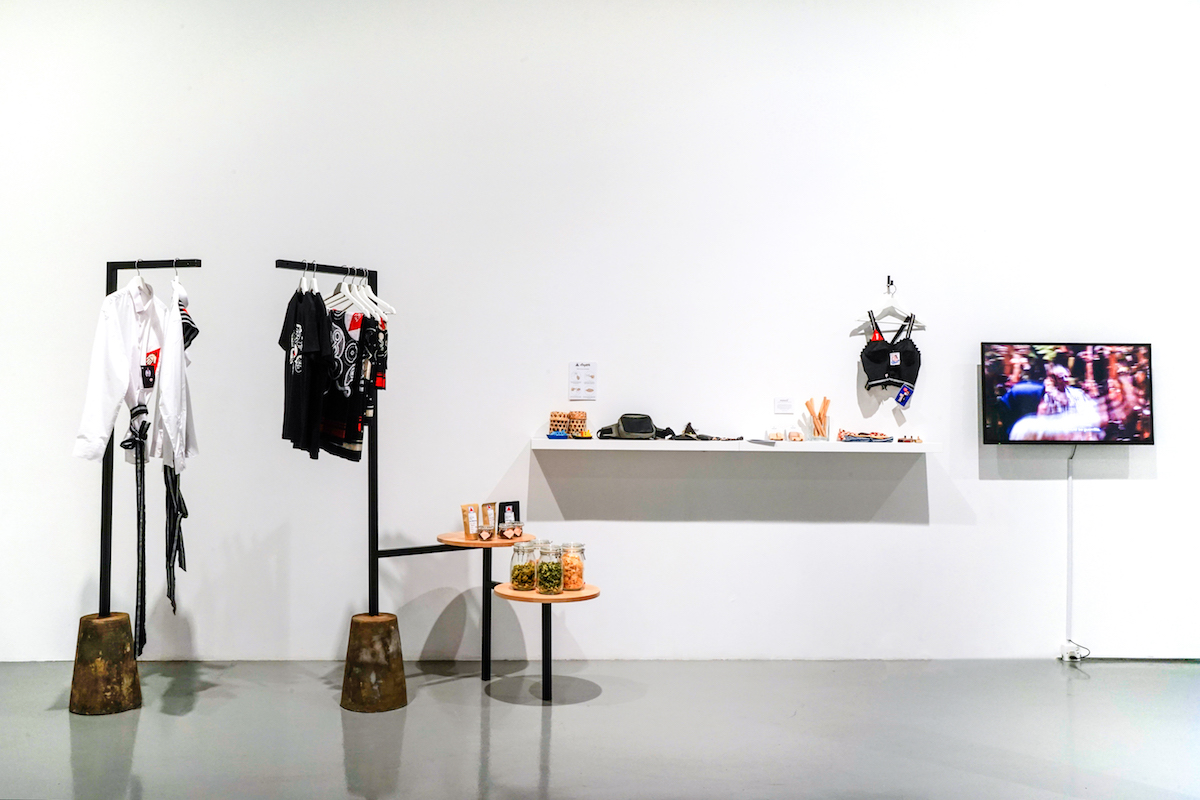 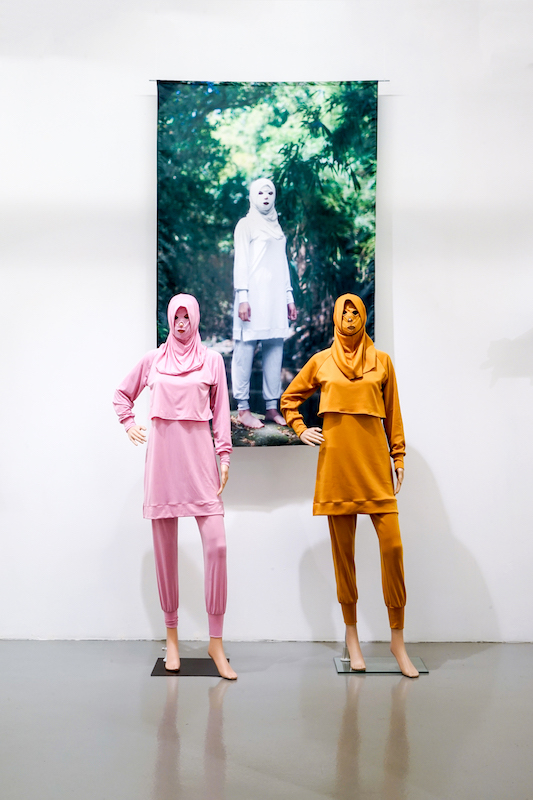 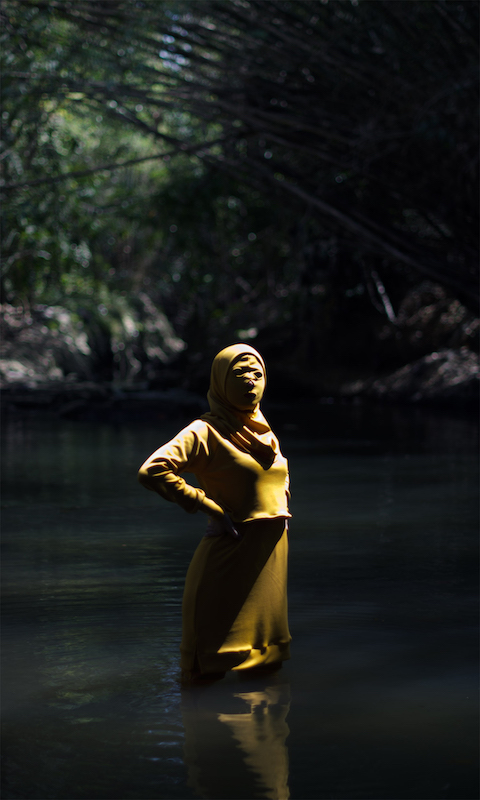 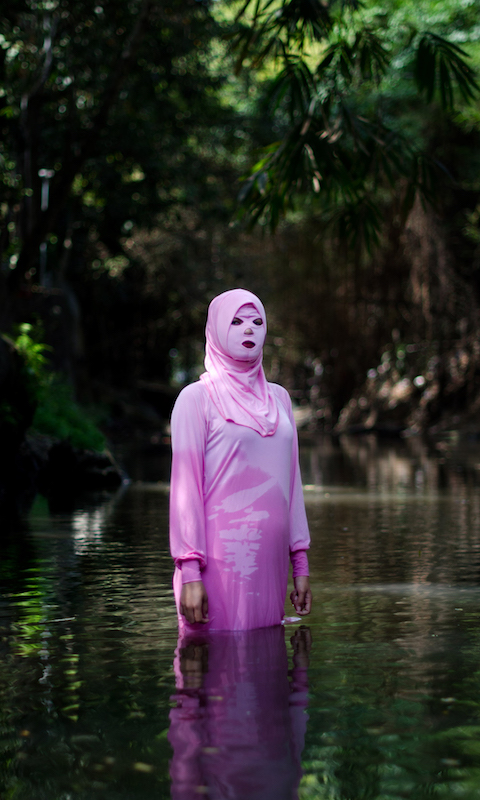 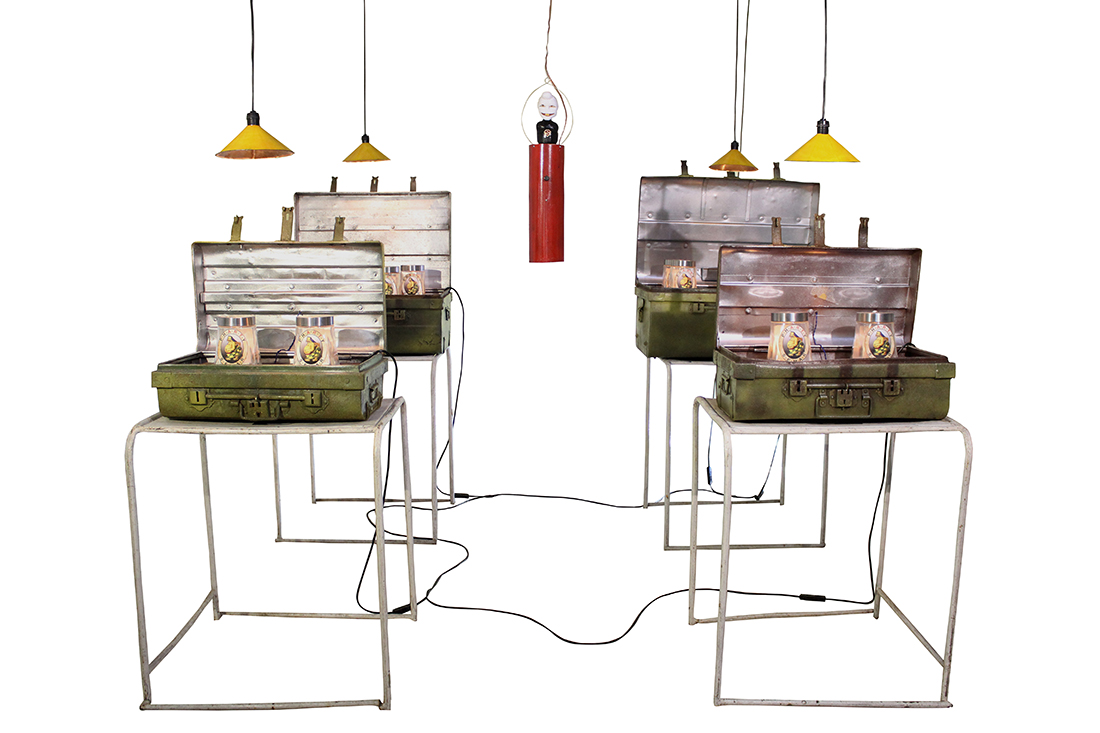 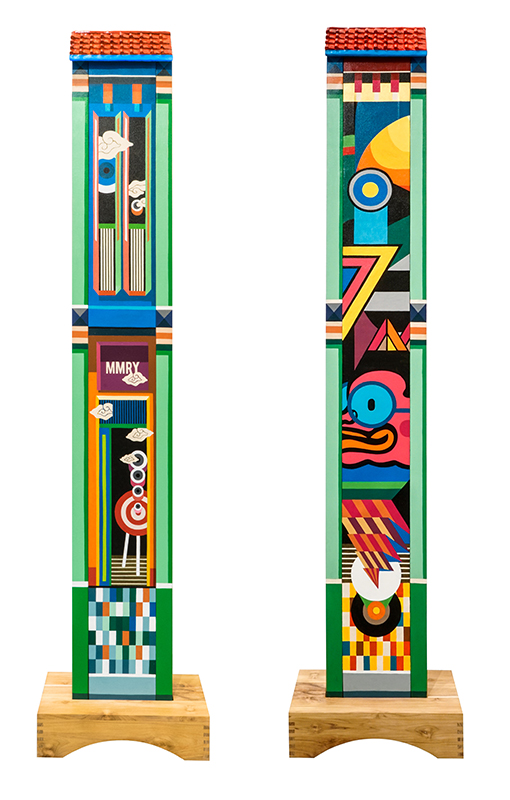 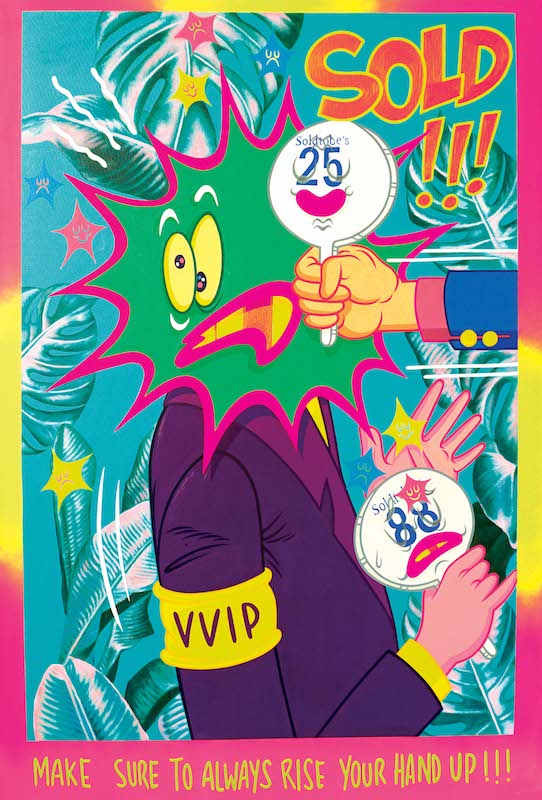 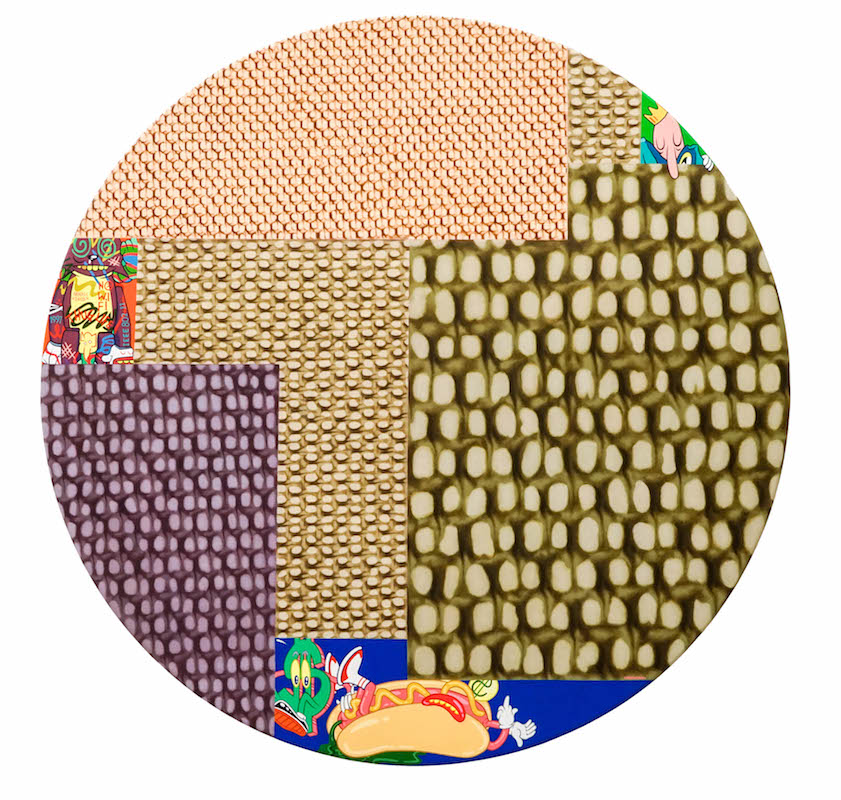 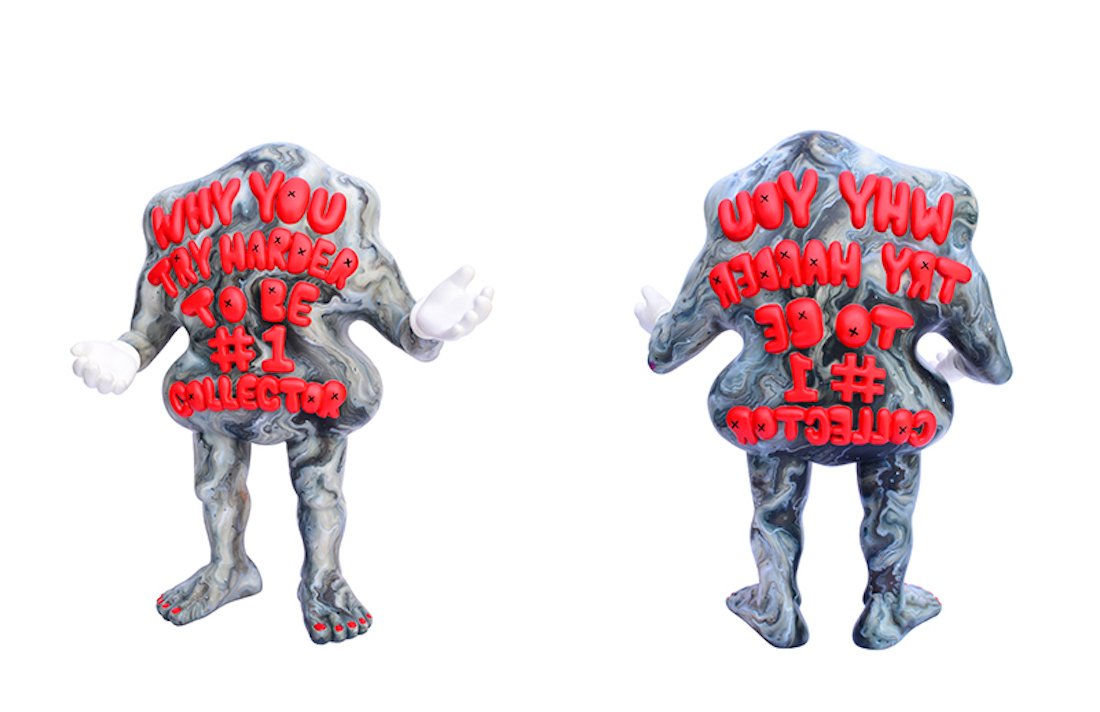 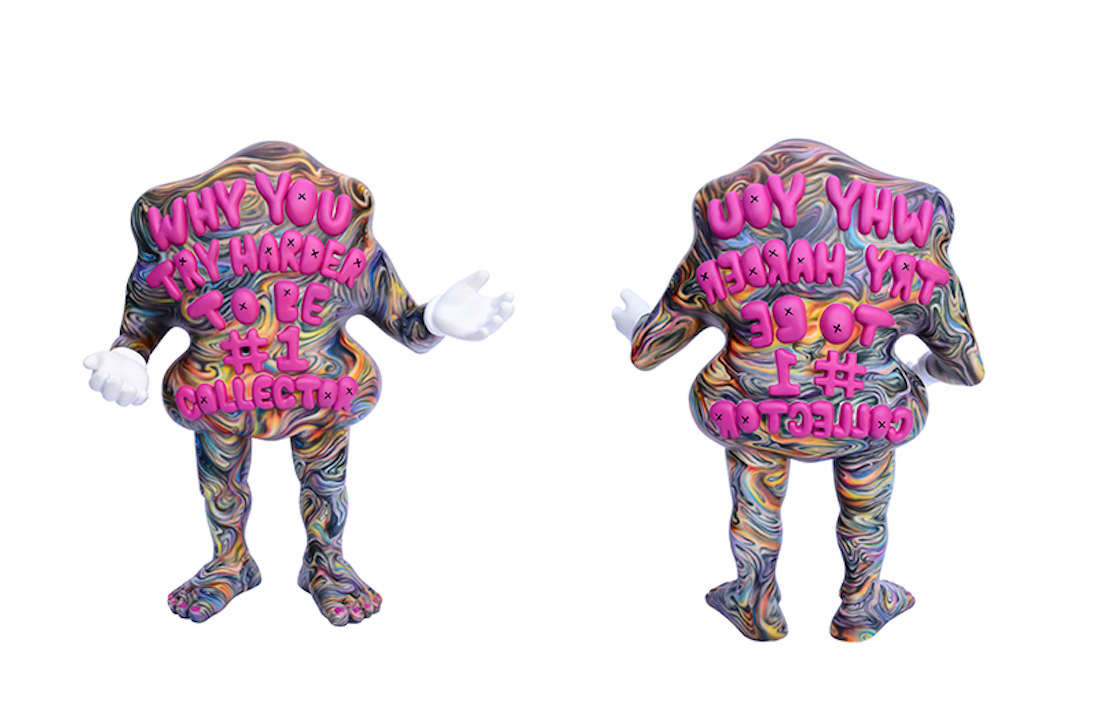 Emerged in the 1950s, Pop Art challenges the traditions of fine art by incorporating mundane imageries from popular and mass culture. In 1957, British artist Richard Hamilton, one of the pioneers of Pop Art, listed the characteristics of the movement in a letter to his friends, the architects Peter and Alison Smithson:

Since then, art has come a long way. There are now more ways for audiences to interact with art; from the conventional way of purely looking at artworks in museums or galleries to wearing art as a part of their outfit, viewing installations in stores’ window displays, taking a ‘selfie’ with an artwork and posting it on Instagram. In today’s society, art has grown beyond the conventional understanding about itself, and has become integrated into the lifestyles of mass audiences, intersecting between consumerism and art. Art has become the ‘cool factor’. This phenomena connects art to other things in life, which opens up many exciting opportunities ahead for the artists and the audiences.

62 Years After Hamilton will showcase new artworks by Agan Harahap, Heri Dono, indieguerillas, and Uji “Hahan” Handoko Eko Saputro, which reflect on current issues and act as small evidence proving that we are living in possibly the most exciting time in art history, where art has power beyond museum and gallery walls and bring about tangible impact to human lives. 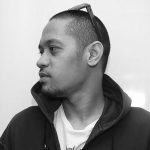 Agan Harahap (b. 1980, Jakarta, Indonesia graduated from Sekolah Tinggi Desain Indonesia (STDI) Design and Art College in Bandung, Indonesia, where he majored in Graphic Design. After which, he moved to Jakarta and photographed for Indonesian-based music magazine, Trax Magazine. He held his first solo exhibition in 2009 and has since been participating in various photography exhibitions around Southeast Asia and beyond. Agan’s photographs depict his subjects in surreal situations that mislead the realism of his work and question our dependence on photography to inform us of reality. Agan has participated in both Shanghai and Singapore Biennale in 2016, as well as Bangladesh’s Chobi Mela in 2017. His solo exhibitions include The Social Realism of Agan Harahap at Mizuma Gallery, Singapore (2017); Garden Fresh at Element Art Space, Singapore (2012); Holy War at Richard Koh Fine Art, Kuala Lumpur, Malaysia (2011); Superhistory at ION Art Gallery, Singapore (2011) and Vivi Yip Art Room, Jakarta, Indonesia (2010). Agan also recently participated in Diverting Politics of (Re)presentation at Gajah Gallery Yogyakarta, Yogyakarta, Indonesia (2019); Apa Kabar? at Showroom MAMA, Rotterdam, The Netherlands (2019); and the major exposition of the collection of Berlin’s Nationalgalerie – Hello World, Revising a Collection at Hamburger Bahnhof, Berlin, Germany (2018); and PhotoBangkok Festival 2018 at Bangkok Arts and Culture Centre, Bangkok (2018). His works are part of the Sigg Collection in Mauensee, Switzerland. Agan Harahap lives and works in Yogyakarta, Indonesia. Heri Dono (b. 1960, Jakarta, Indonesia is known for incorporating elements of traditional Indonesian art forms into his work, including aesthetic conventions of wayang kulit shadow puppetry. Having studied under a professional wayang master, Heri Dono fuses the idioms of indigenous storytelling with contemporary methods of expression. The vibrant aesthetics and popular appeal of his practice is synchronous with its engagement with political concerns as the artist’s personal experience of the former Suharto regime profoundly influenced his works’ underlying societal critique. As one of Indonesia’s foremost contemporary artists, Heri Dono’s prestigious career over the past three decades has won widespread international acclaim, such as when he represented the Indonesian Pavilion during the 56th Venice Biennale, Venice, Italy (2015); Southeast Asian Art Sunshower at the Mori Art Musuem and National Art Center, Tokyo, Japan (2017); Kochi-Muziris Biennale in Kochi, India (2018); and Visible Soul: Around the Asia Collection of Benesse Art Site Naoshima at Fukutake House, Okayama, Japan (2019). His accolades include the Prince Claus Fund Award (1998), the Unesco Prize (2000) and Anugerah Adhikarya Rupa (Arts Award) from the Indonesian Government (2014). His works are in the collections of Tropenmuseum, National Gallery of Australia, Fukuoka Art Museum, and Deutsche Guggenheim Frankfurt, amongst many others. Heri Dono lives and works in Yogyakarta, Indonesia. 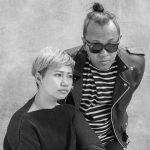 indieguerillas (b. 1975 – Miko, Kudus, Central Java, Indonesia; b. 1977 – Santi, Semarang, Central Java, Indonesia is a husband and wife artist duet from Yogyakarta, Indonesia, Dyatmiko Lancur Bawono and Santi Ariestyowanti. Founded in 1999 as a graphic design firm, indieguerillas’s philosophy of “constantly in guerrilla to find new possibilities” has led them to become full-time artists in 2007. Nevertheless, design still plays a very important role as it allows for them to explore the use of unconventional media and techniques as part of their artistic statement. In addition to their proficiency at visual effects and inter-media experimentation, their works are also recognized for its folklore influences. The unique intertwine between traditional values and contemporary culture has brought indieguerillas to numerous important exhibitions around the globe. Their solo exhibitions include Taman Budaya: The Dakon for the Children’s Season at Malay Heritage Centre, Singapore (2018); Indonesia NGA Play Project: Indieguerillas at the National Gallery of Australia, Canberra, Australia (2017); _hyP3<y<lu5_ at Mizuma Gallery, Singapore (2017); Indie what? Indie who? at Garis Art Space, Jakarta, Indonesia (2010); and HAPPY VICTIMS at VWFA, Singapore (2010). They have participated in numerous group exhibitions in Indonesia, Singapore, Taiwan, Japan, South Korea, Thailand, the United Kingdom, Italy, Belgium, Spain, and the United States, Their works are in the public collections of OHD Museum, Singapore Art Museum, and Guangdong Museum of Art. indieguerillas lives and works in Yogyakarta, Indonesia. 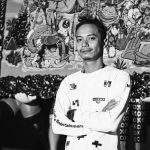 Uji Handoko Eko Saputro a.k.a Hahan (b. 1983, Kebumen, Indonesia) graduated from the Indonesia Institute of the Arts, Yogyakarta, majoring in Printmaking in 2009. His works involve characters heavily influenced by youth culture and comics. Through satire and exaggeration of his characters, Hahan actively inserts subtle commentaries on current issues. His recent works explore themes of experience within the global art market from the perspective of an emerging artist. His most recent solo exhibitions include Wall Street Gymnastics at ROH Projects, Jakarta, Indonesia (2018); and Sauce for Contemporary Art Problems at Equator Art Projects, Singapore (2016). He has participated in numerous group exhibitions in Indonesia and abroad, such as the inaugural NGV Triennial (2017) in Melbourne and the 2012 edition of the Asia Pacific Triennial in Brisbane, Australia. His works have been collected by the Queensland Art Gallery of Modern Art, Brisbane, and the National Gallery of Victoria (NGV), Melbourne, Australia. Uji “Hahan” Handoko Eko Saputro lives and works in Yogyakarta, Indonesia.