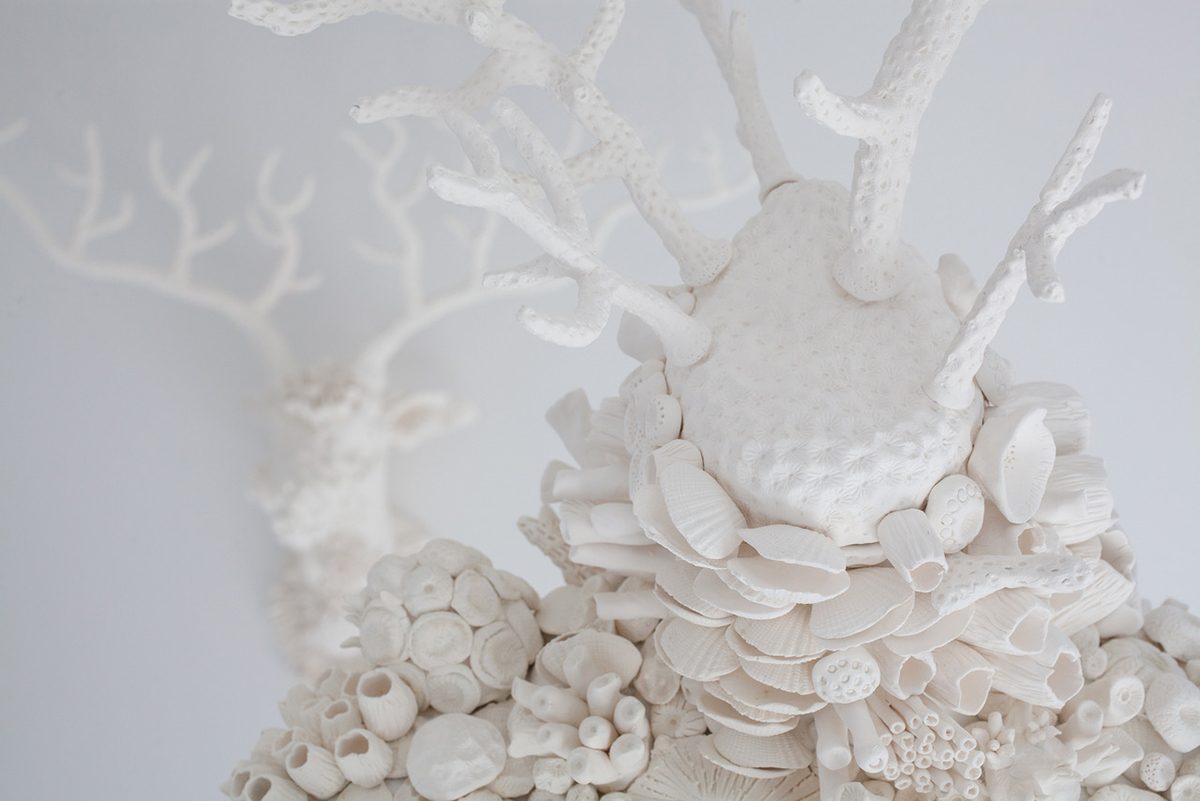 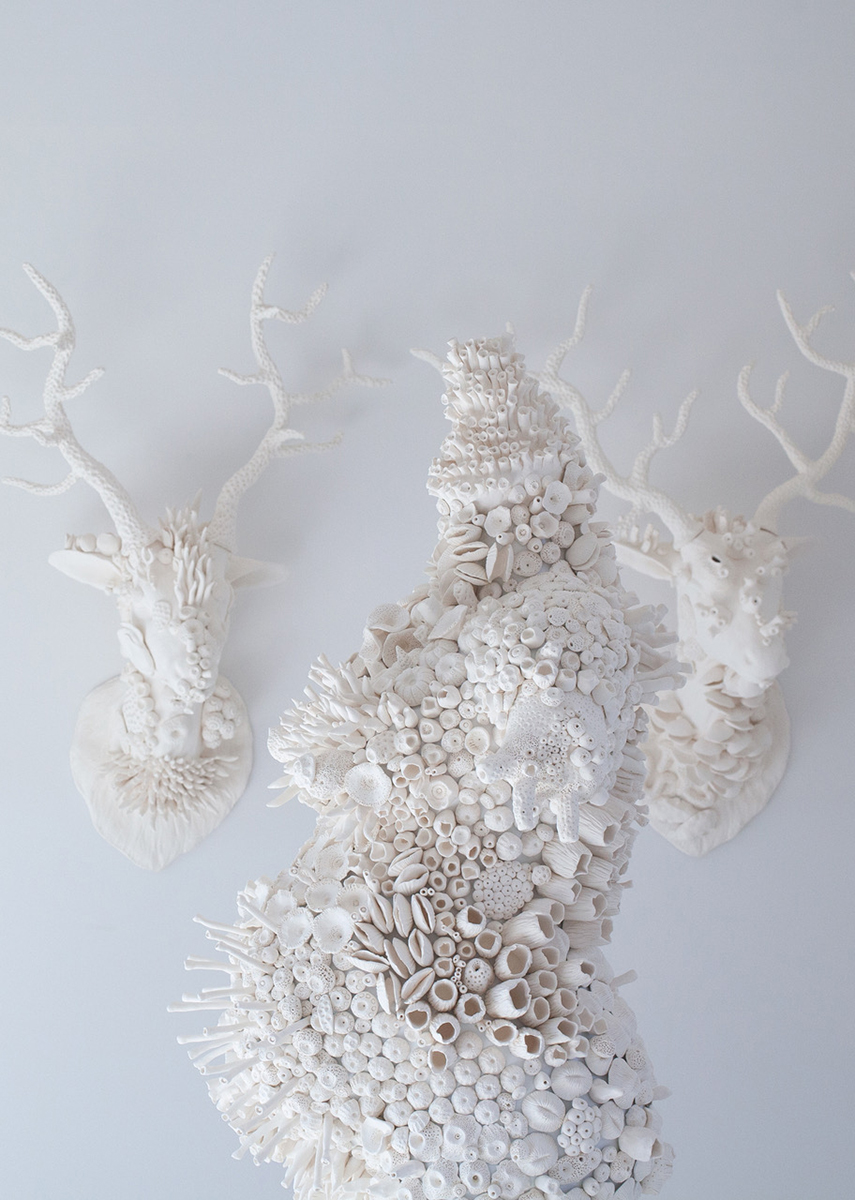 Ken + Julia Yonetani have been creating works inspired by environmental destruction and issues related to the global economic system. They say that their motivation comes from their own anxiety: catastrophe being their self-proclaimed “shtick”. This time around, they turn their attention to the world of microorganisms. Through farming, in the last several years Ken + Julia have held a strong interest in the microbes that lurk under the ground in soils, and came to the realization that whether it be microorganisms in our oceans or the microbiome of our own bodies, billions of microorganisms coexist in a symbiotic relation with other organisms and are vital to maintaining global systemic balance.

The new works Dysbiotica include a male figure, a pregnant woman, and deer heads adorned with what appears to be bleached coral but may also be reminiscent of microbes. The artists created the pieces as guest artists in the artist-in-residence program at Shigaraki Ceramic Culture Park earlier this year. Dysbiotica is a term coined from “Dysbiosis,” which is defined as a breakdown in the balance of microbiotic systems, especially related to the human gut. The concept is based on their experiences organic farming over several years, and their work together with scientists at Queensland University of Technology in Australia.

“The breakdown in the fine balance of innumerable microcosms has a kind of domino effect, leading to a breakdown in multiple symbiotic systems made up of humans, animals, and microorganisms on a global scale.”

With this statement in mind as the main theme, the work is based on the coral bleaching phenomenon (leading to coral death) which is expanding on a global scale, and uses porcelain ceramic as a material, which is characterized by its white hard surface, giving the impression of emptiness or loss. On the other hand, the use of symbols reaped in a sense of vitality such as the pregnant woman and deers, may also represent a small beacon of hope for the future.

The works stand as eerily prophetic of the COVID-19 pandemic that has since spread across the globe, also triggered by invisible submicroscopic agents. We are now standing at the crossroads, unable to foresee how to coexist with the micro world and move forward. But perhaps it is this very anxiety that can inspire humans to evolve.

From the smallest living particle to the cosmos, the micro and macro are linked through a myriad of complex systems of communication. This exhibition urges us to now listen in.

This project was supported by the NSW Government through Create NSW