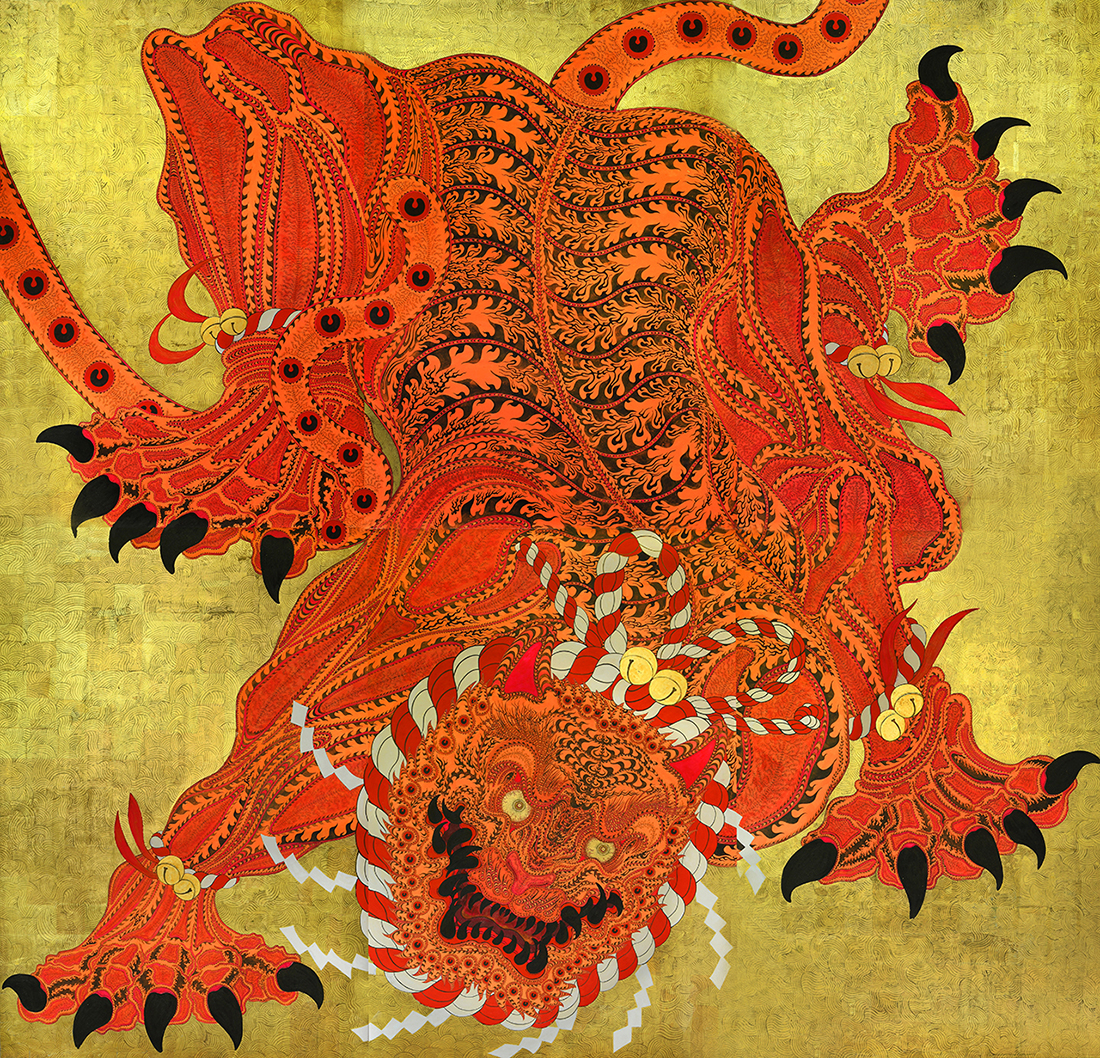 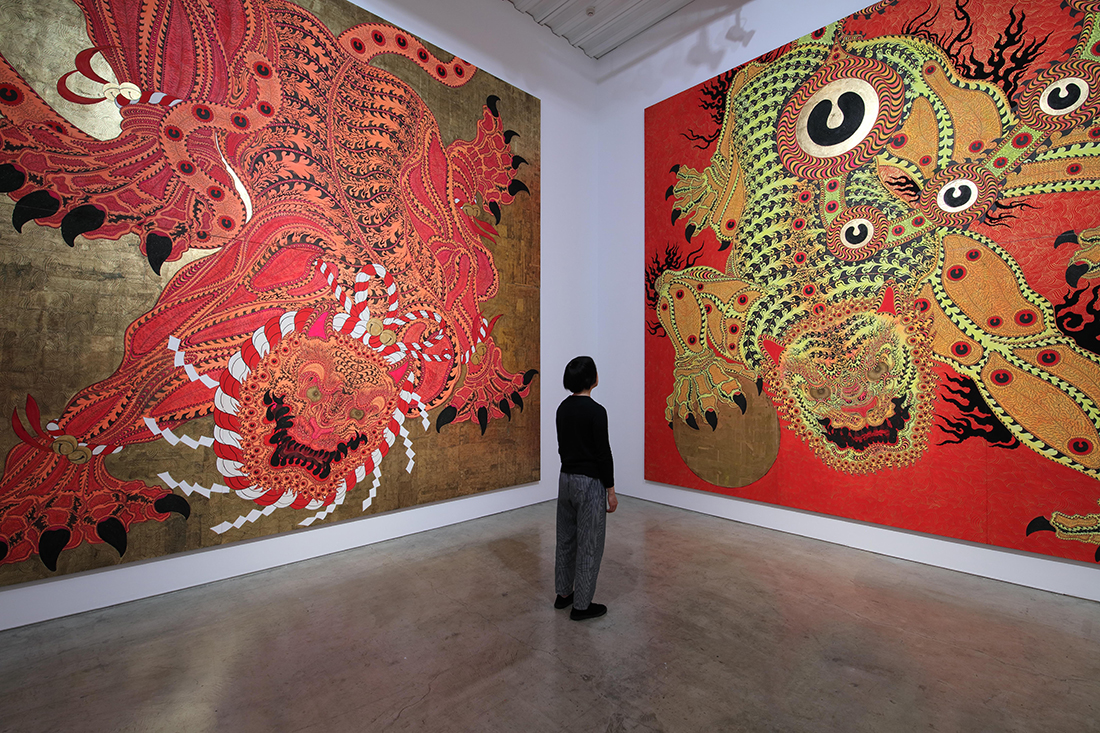 Mizuma Art Gallery presents an exhibition by KANEKO Tomiyuki titled “Apotropaic Tiger” beginning on April 7th. This is Kanenko’s first solo show in four years at our gallery, and it exhibits the idea of a warding power of evil that is represented in a form of a tiger.

Kaneko Tomiyuki focuses on yokai, spirits, and deities, where he continues to materialize spiritual existences that cannot be seen with the human eye, working from a base in Yamagata. In 2015 under the aegis of the Program of Overseas Study for Upcoming Artists organized by the Japanese Government’s Agency for Cultural Affairs, Kaneko resided in Cambodia’s Siem Reap region, best known for the Angkor Wat temples. There he encountered sculptural art from the Hindu, Theravada Buddhism and animist traditions, inspiring him to amass a number of sketches and other works.

The gods of Hekija-e are often depicted banishing plague demons, and these benevolent deities have been worshipped in China and India since the ancient time. The work Hekija-E (Extermination of Evil), a national treasure of Japan housed in Nara National Museum, has drawings of Tenkeisei, Sendan Kendatsuba, Shinchū, Shōki, and Bishamonten (Vaiśravaṇa) depicted as powerful gods. The tiger, which is believed to be the divine messenger of Bishamonten, is made into charms and amulets in Asia to ward off evil spirits and diseases, as tigers are seen to have strength and incredible care for their cubs. When cholera spread throughout Japan in the late Edo period, papier-mâché tigers were handed out as amulets, and even now in Osaka, the custom of decorating papier-mâché tigers on Tango no sekku (Children’s Day) has continued.

When Kaneko visited Takkoku-no-Iwaya Bishamon-do in Hiraizumi, Iwate Prefecture, where 108 Bishamonten are enshrined, he felt a strong urge to draw many tigers, as the tiger is worshipped as a divine messenger of the god Bishamonten. Since then, he has been drawing tigers intensively, especially in recent years. The work “Great Dancing Tiger” was inspired by the tiger dance (Toramai) which has been handed down in Miyagi Prefecture as a fire prevention prayer and it is based on a Chinese folktale which states “The wind follows the tiger.” In Cambodia, there is a legend of the origin of a tiger where a king and a queen, four ministers and followers turned into powerful beasts to avoid a crisis, but they could not turn back to their original form and this is where the work “Dawn of the Beast King” was inspired. Both of these new works are large, measuring 460 x 480 cm, and are drawn with the eye-following glare to ward off evil.

Kaneko says that he wanted to borrow the “prestige” of the tiger’s image as a form of Hekija-e. We very much hope that you will take this opportunity to come see the works by Kaneko at our exhibition.