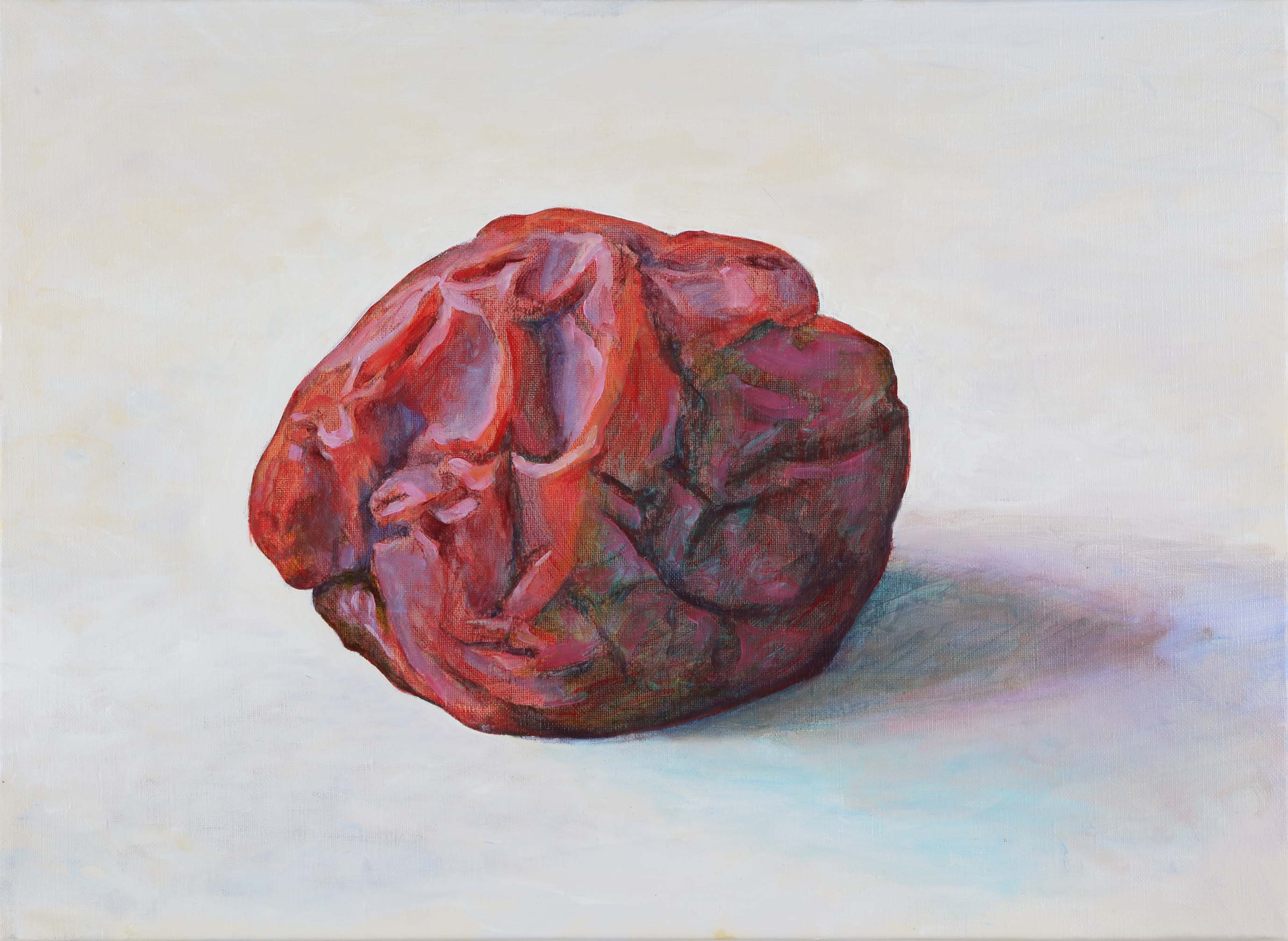 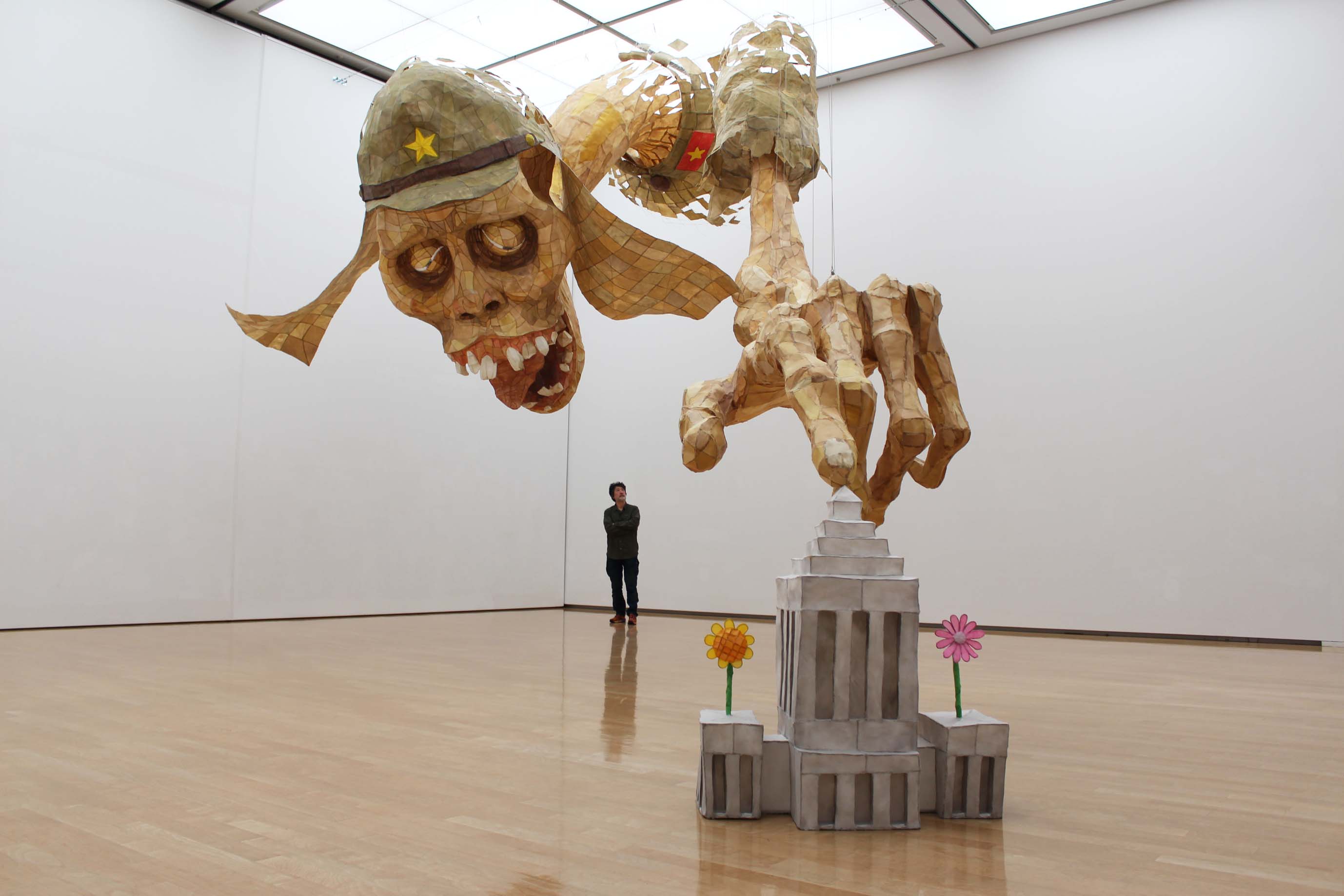 This exhibition was originally planned to be held alongside the opening of Tokyo 2020 Summer Olympics, however the exhibition was rescheduled for this year in conjunction with the Olympics’ postponement. It will be a first solo exhibition for Aida in five years. We will be exhibiting three works at once in this show. Although the reasons for producing these works vary, all three themes relate to the basic desire for food, as well as his compelling feeling towards his own country of Japan.

The large work that takes up the gallery space is the 5th work in the MONUMENT FOR NOTHING series, titled “MONUMENT FOR NOTHING V – Japanese MATSURI”. In January of 2019, Aida took part in the exhibition “Heroes and People in the Japanese Contemporary Art” held at the Hyogo Prefectural Museum of Art. A unique topic was assigned to the artists for this show by the curator in charge, Kobayashi Tadashi, examining “the relationship between the heroes and the common people in Japan”. This work was produced in response to the topic. (Mr. Kobayashi’s comment written for the show’s catalog was awarded the Best Paper Award by The Japan Association of Art Museums.) It is the first time this work is unveiled in Tokyo. The motif of the work is a soldier of the former Imperial Japanese Army who often faced starvation due to a lack of proper logistics. The Nebuta in Aomori was the inspiration behind the material and technique.

Arranged on the walls of the gallery that holds the large ghost of Japanese soldier staring down from above, are also new series of paintings called “Umeboshi” (Plums). Aida professes that “Tofu” (1877) by Takahashi Yuichi is “the first and finest oil painting in Japan” and “Umeboshi” is an oil painting sketch that pays homage to the work “Tofu”. As an artist, Aida felt that he needed to take this time to sincerely go back to the beginning of modern era Japan once again. As a great representation of a food that is favored exclusively to the Japanese people, and considerably misunderstood by the foreigners, he entrusted many things to umeboshi, including himself as an artist. In addition, this series of small sized paintings are like a counterpart to the “Lunchbox Paintings” series presented at the last solo exhibition (2016). The reason being that they can be seen as both extremes of abstract and figurative work, but also find commonality in the way of pure experimentation in painting.

The above two works were already included in the last year’s exhibition plan, but as the show was postponed for a year, another work was added. This is a conceptual new work based on Tsukemono (pickled vegetables). It is an extension piece to the work “The video of a man calling himself Japan’s Prime Minister making a speech at an international assembly” as it depicts the aspects of international politics in a similar humorous expression. A group exhibition featuring artists from four countries (China, Japan, South Korea and North Korea) was planned in Cheju Island, South Korea last year. At the beginning, Aida was asked to participate in a highly political performance piece, but he was unable to travel overseas because of the coronavirus pandemic, and so he made this work as an alternative. However, as the end of coronavirus was unforeseeable and the show had already postponed twice, it was decided that this work will be presented for this exhibition.

Since his debut, Aida Makoto has almost consistently focused on the theme of Japanese culture and society. Although they are certainly of a criticizing attitude, there are no other contemporary artist who is so dedicated to the theme of Japan like Aida. Recently, he has been labeled sometimes on the internet as “anti-Japanese artist”, but in reality, it may be Aida himself who has the greatest “patriotism”. It will be our pleasure to welcome you to this exhibition, even if it is to confirm whether the title “I can’t stop the patriotism” is Aida’s true feeling or simply an irony.