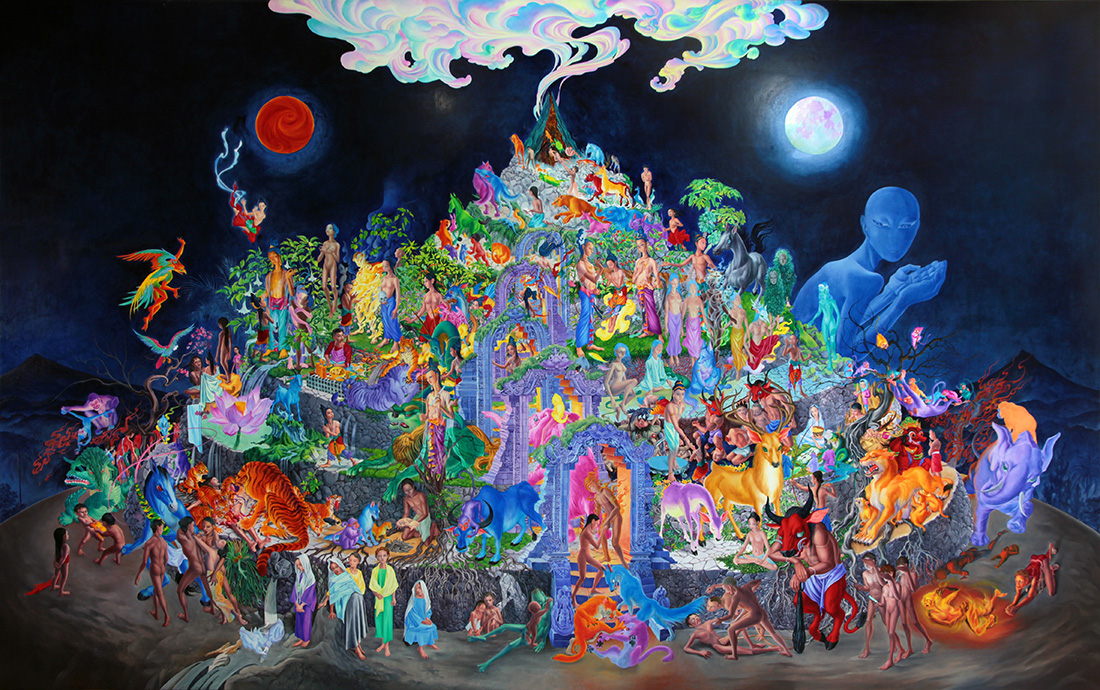 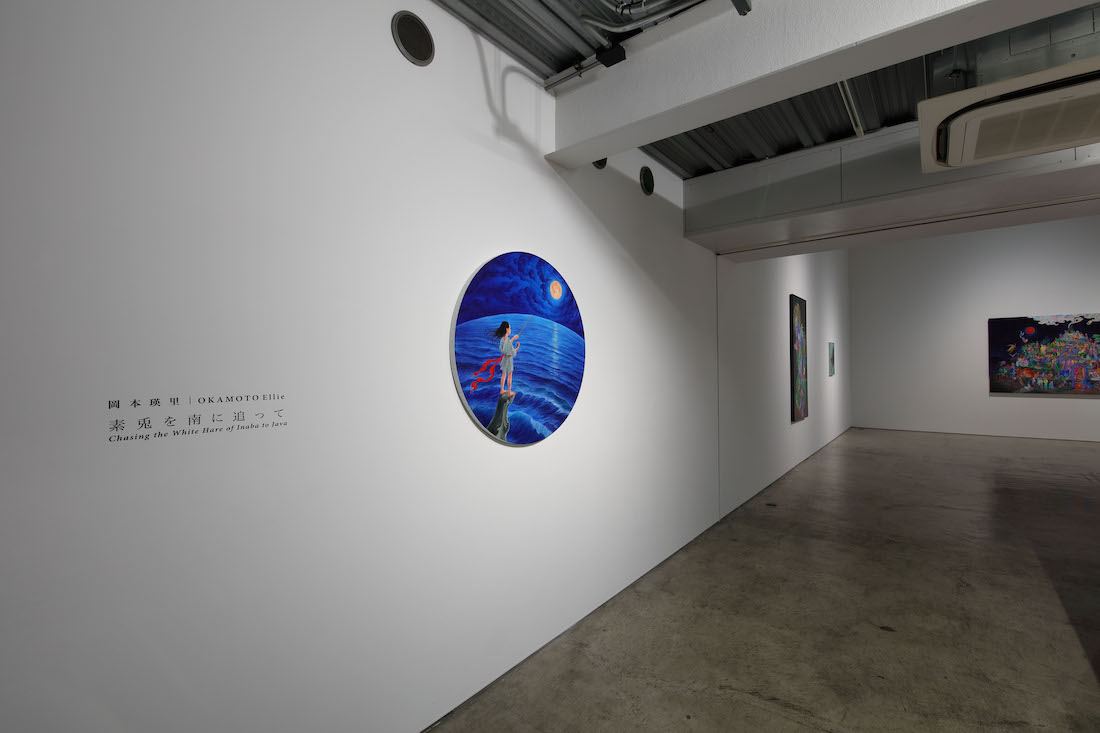 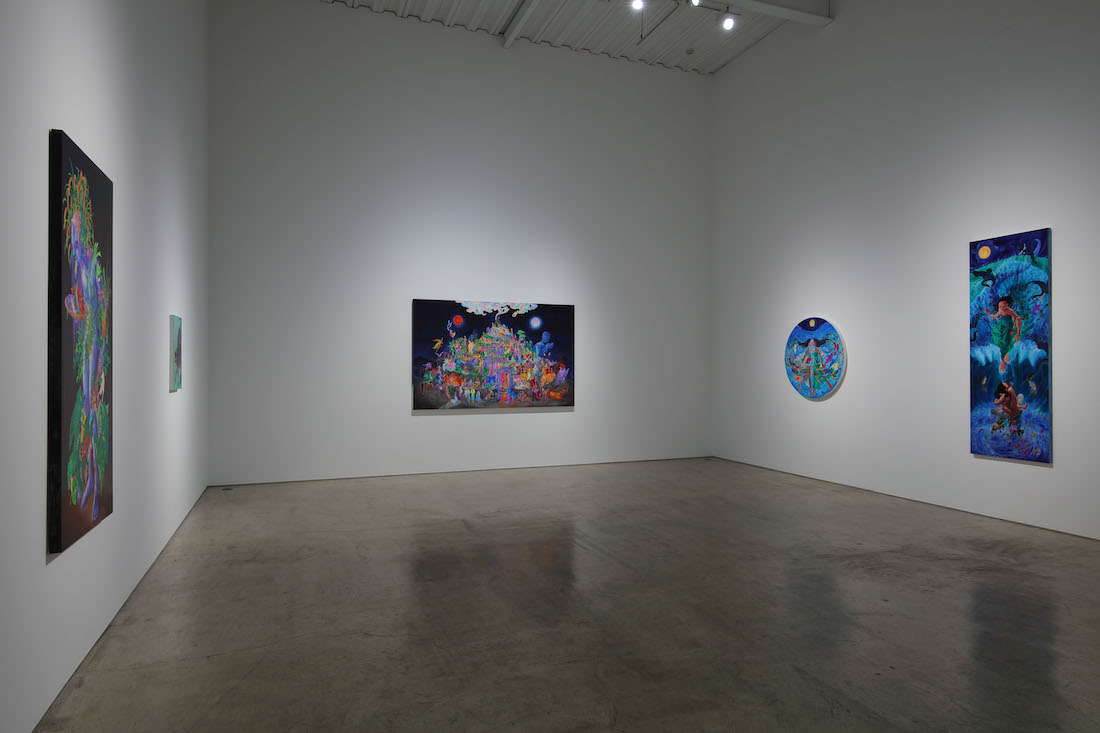 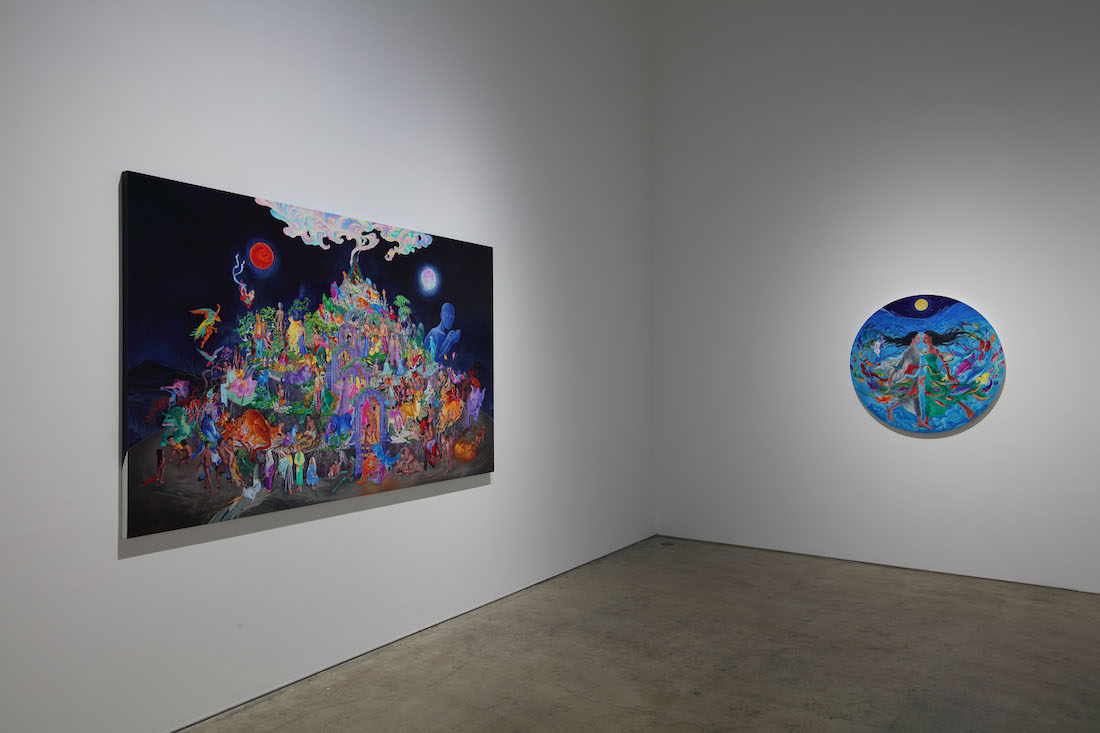 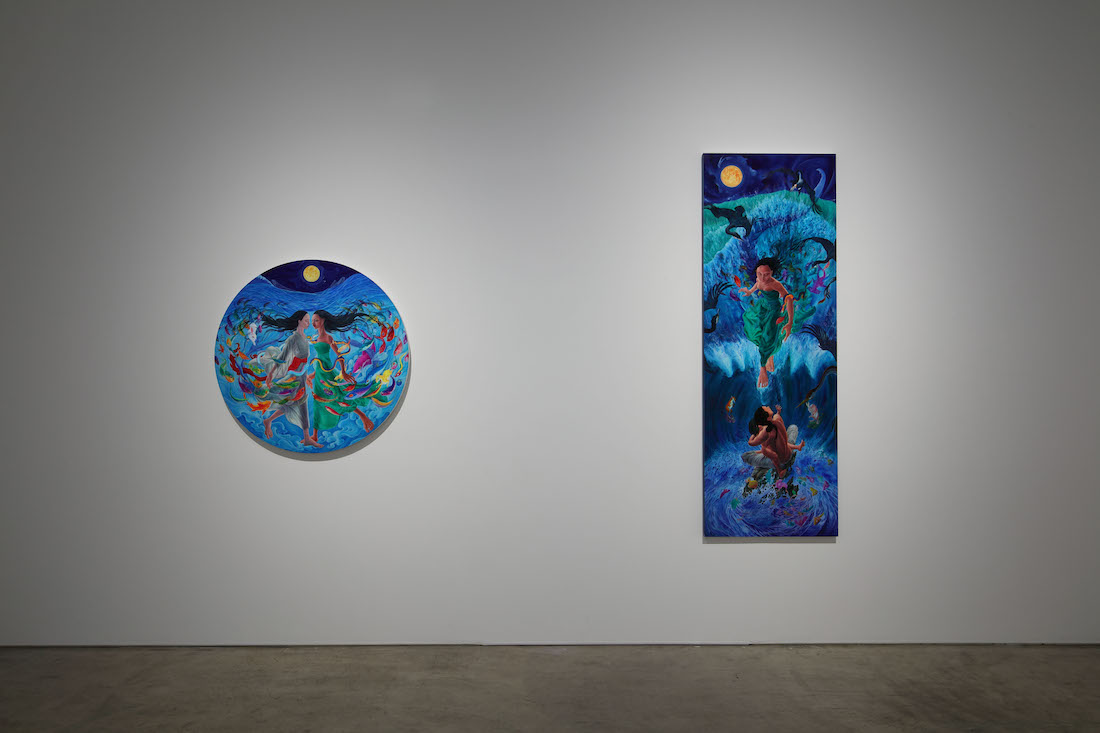 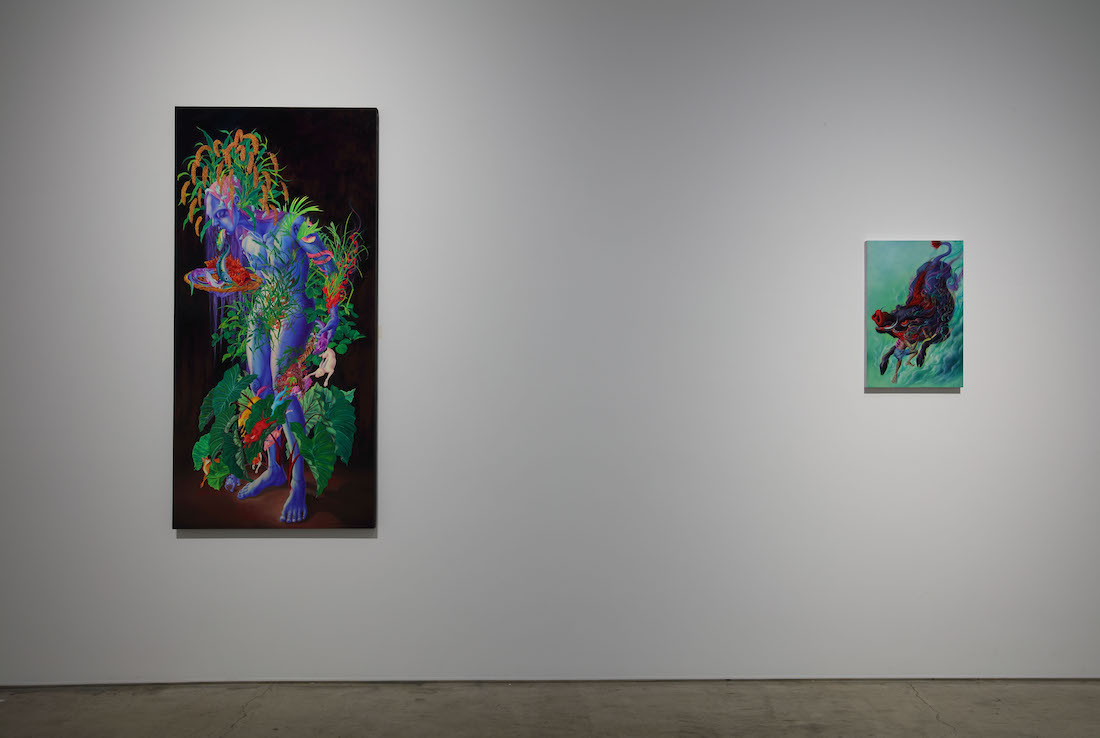 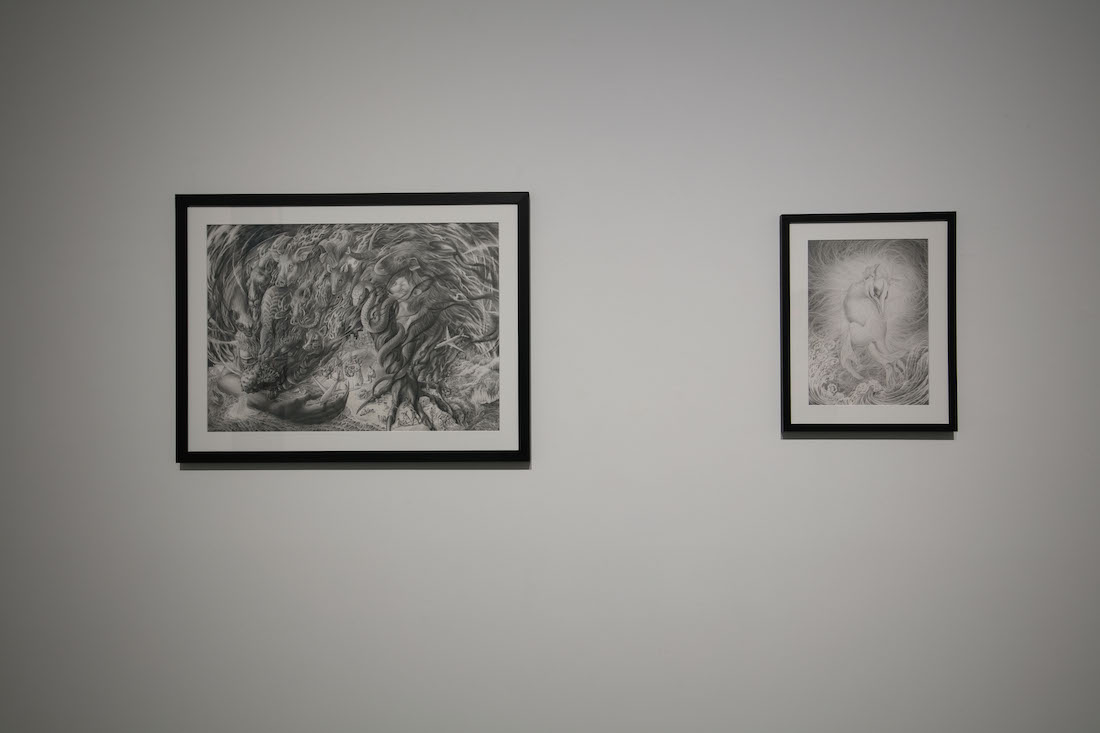 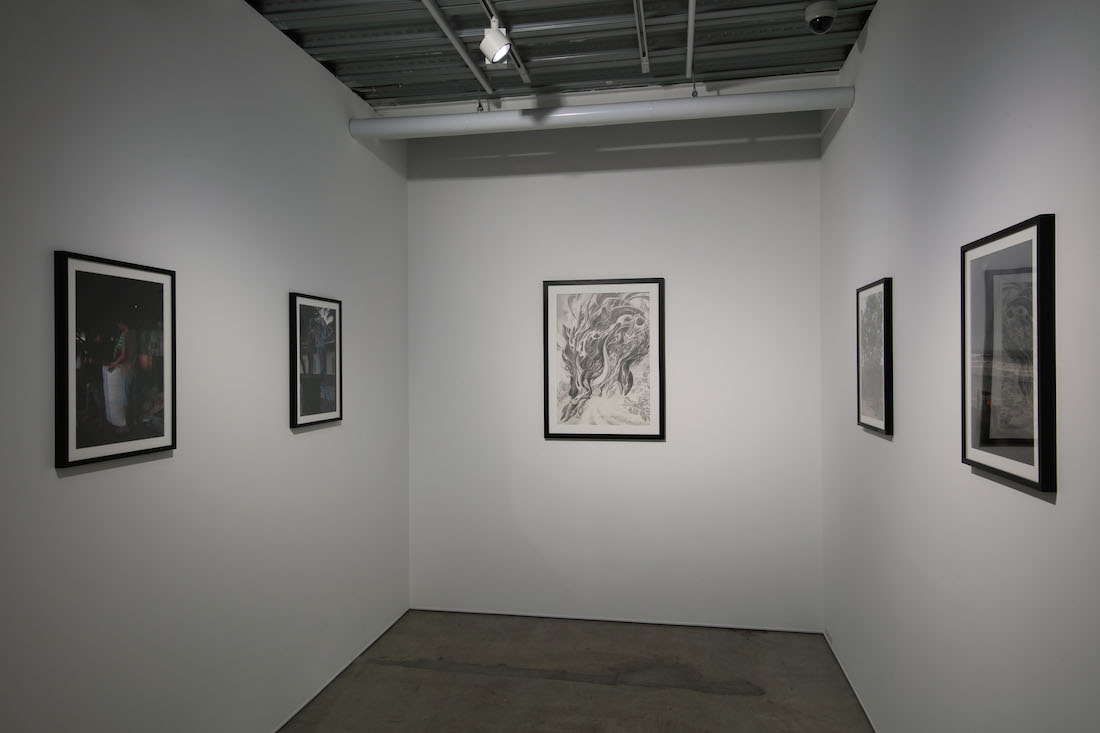 OKAMOTO Ellie "Chasing the White Hare of Inaba to Java"（TOKYO）

Mizuma Art Gallery is pleased to announce the opening of Okamoto Ellie’s exhibition “Chasing the White Hare of Inaba to Java” on December 1st.

Okamoto Ellie completed a doctoral course in Oil Painting Techniques and Materials at the Graduate School of Tokyo University of the Arts in 2017. She illustrates the interpretations that she arrives at through fieldwork and research into subjects mainly inspired by folk tales and legends, in minutely composed and carefully depicted images made up of multiple layers of paints and colors.

This exhibition mainly revolves around a number of works conceived over a period of approximately one year and a half since 2018, during which Okamoto stayed and conducted various fieldwork in Yogyakarta, Indonesia. The title is a reference to a theory* according to which the myth of the white hare of Inaba (“Inaba no shiro usagi”) is rooted in Southeast Asia, which initially inspired the artist’s stay in Indonesia.

The new piece “Borobudur,” which contains the largest number of human figures in Okamoto’s work to date, is a mighty painting in which she presents her own interpretation of the remains of the Buddhist temple of Borobudur in Central Java. The upper layer of the painting is dedicated to the tale “Gandavyuha” in the Mahayana Buddhist Avatamsaka Sutra, telling the story of Sudhana and his journey in search of Nirvana, while the lower layer illustrates the Jataka tales, an ancient Indian Buddhist narration. Finally, the overground part contains detailed depictions of hell.

Not only incorporating contents from reliefs that are preserved in the actual remains of Borobudur, but also a variety of things that Okamoto has seen and heard about during her journey, as well as similar stories from Japan, and historical events, this is one work that eloquently communicates the artist’s own views and ideas.

After learning during her stay in Yogyakarta about the existence of similar myths in Indonesia and Japan, Okamoto made a number of works that reflect the influence of Javanese legends on Japanese mythology, such as “The Reunion (Ratu Kidul and Toyotamahime)” in which a legendary queen of the Southern Seas of Java meets a character that appears in the Japanese Kojiki and Nihonshoki.

For Okamoto, who had previously conducted various fieldwork on Japanese soil, the experience of directly feeling the connections between Japan and Indonesia was an opportunity to understand the vast range of stories that have been alive in the depths of Japanese culture since ancient times.

Further shown at the exhibition are works that represent the artist’s new style of drawing onto photographs (taken in Indonesia), as well as drawings, and other items realized against the backdrop and effects of the COVID-19 pandemic.

Following her first ever experience of conducting fieldwork in a foreign country, the realization of this exhibition marks a big leap forward in Okamoto’s career.

*“There exists a widely known legend in Southeast Asia that is similar to the tale of “Inaba no shiro usagi” in the Japanese Kojiki. The role of the crocodile in the Japanese myth is mostly assumed by a crocodile there as well. A foreign legend was brought to Japan, and even after leaving the original habitat of crocodiles, the old memories remained unchanged.” Translated from Nakamura Teiri, Nihonjin no dobutsu-kan – Henshin-tan no Rekishi (“Japanese perception of animals – history of tales of transformation” Being Net Press, 2006)

Please see the description of the “Borobudur” written by the artist here.