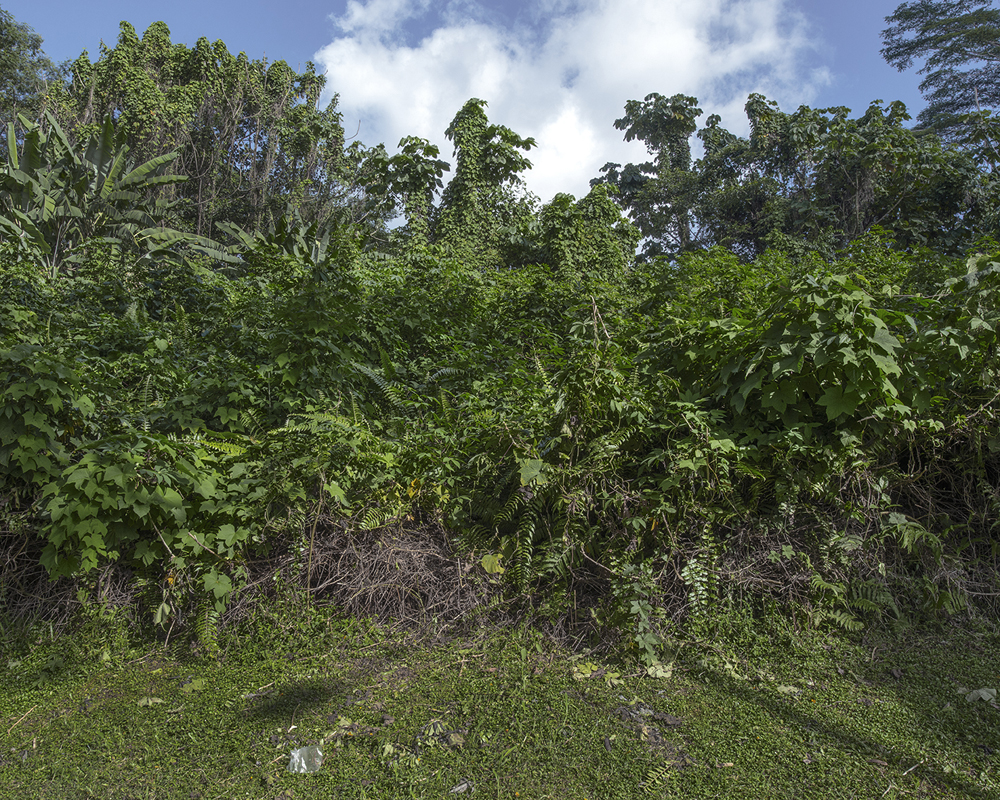 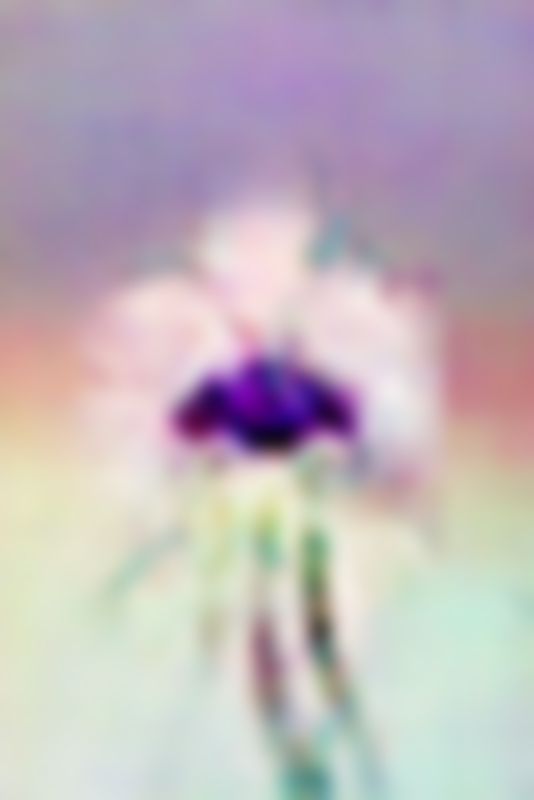 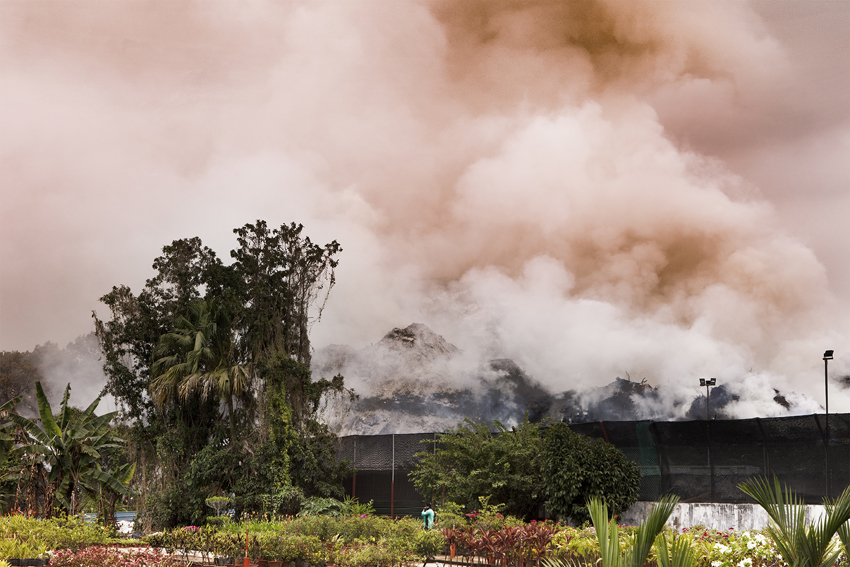 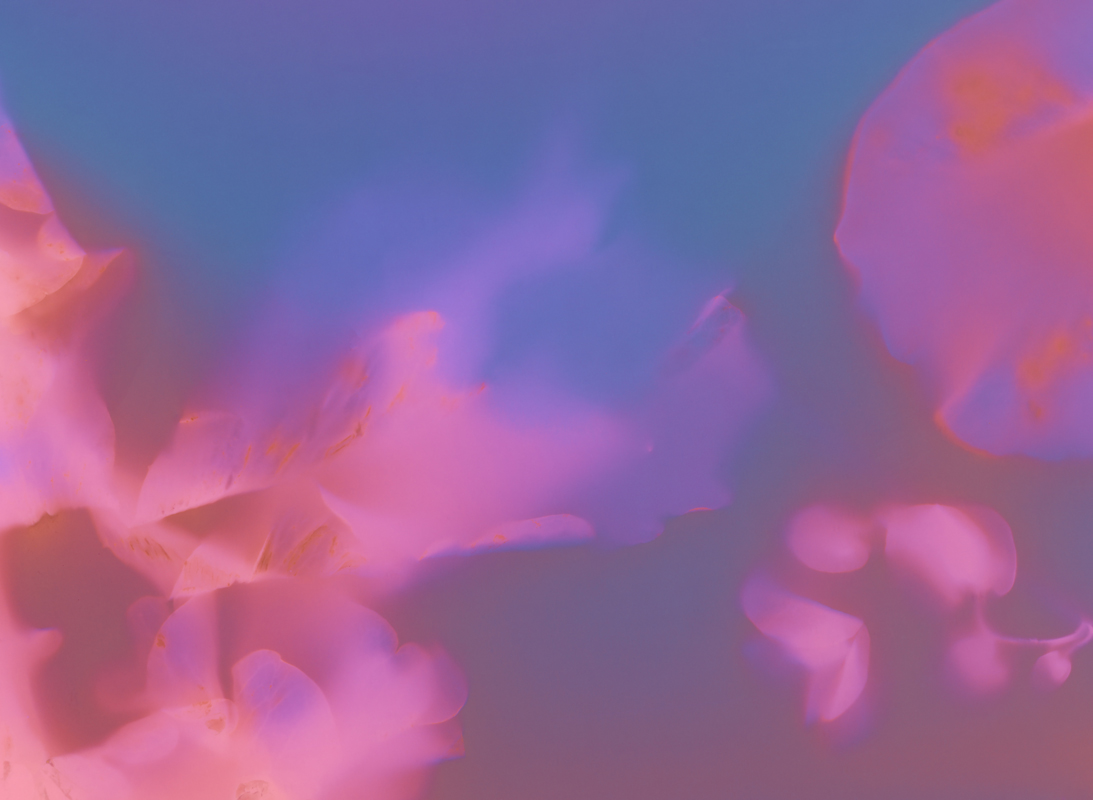 A cutting often refers to a horticultural act of propagating a new plant by creating a cut; where something is removed and given a new life, and often, only for selective traits of its former parent. This act of propagating is an ancient act of cloning; a highly selective act of controlling, editing and moulding nature to fit human demands.

With each cutting, the plant is greeted with a new birth and a potential death, a simultaneous occurrence when something is extracted and given new life. This duality in our relationships with the environment is central to the works presented in Cuttings, where the six artists explore various ways of photographing, archiving, cloning and manipulating to give root to new ideas, forms and hope.

Cuttings will run from 16 August to 11 September 2022 at Mizuma Gallery, 22 Lock Road #01-34 Gillman Barracks, Singapore 108939. The gallery will open from 11am-7pm on Tuesdays to Saturdays, and 11am-6pm on Sundays. The gallery will be closed on Mondays and Public Holidays. 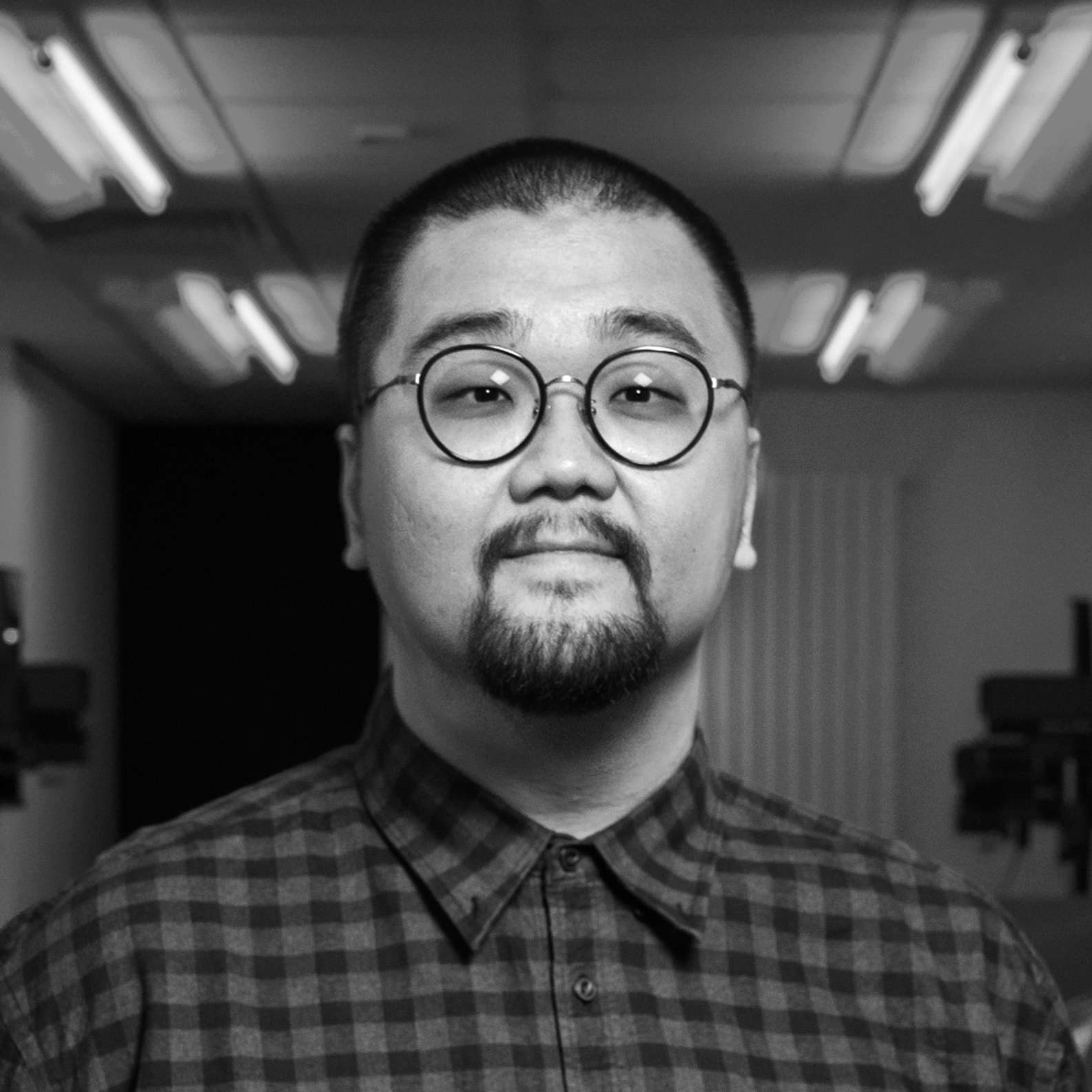 Ang Song Nian (b. 1983, Singapore) graduated with an MA in Photography from the London College of Communications, University of the Arts London, London, UK in 2012 and a BA in Photography from the Camberwell College of the Arts, University of the Arts London, London, UK in 2011. His solo exhibitions to date include Artificial Conditions: Something To Grow Into at the Tokyo Photographic Art Museum, Tokyo, Japan (2019); As They Grow Older and Wiser at the Bangkok University Gallery, Bangkok, Thailand (2016); and A Tree With Too Many Branches at DECK, Singapore (2015). Ang was the recipient of the Grand Prize in the 41st edition of the New Cosmos of Photography award organized by Canon Inc., Japan (2018). He has undertaken residencies at NTU Center for Contemporary Art, Singapore (2019), and Sunderland University, UK (2017) amongst others. He is also the founder of THEBOOKSHOW, a platform which started in 2014, that works towards providing opportunities for artists and photographers interested in the self-published photobook medium. Ang Song Nian lives and works in Singapore. 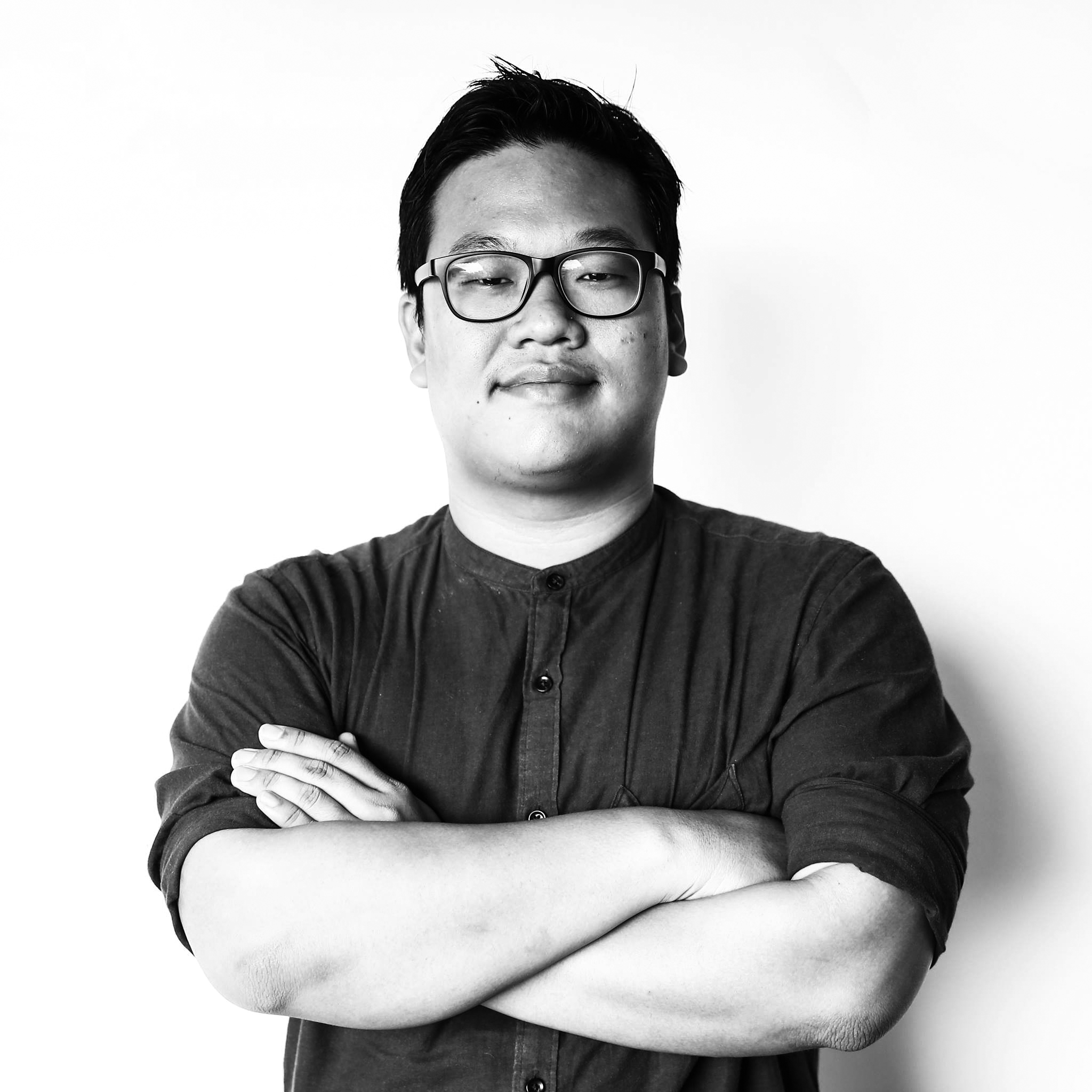 Marvin Tang (b. 1989, Singapore) graduated with a Master of Arts in Photography from the London College of Communications, University of the Arts London, London, UK in 2018 and a BFA in Photography and Digital Imaging from Nanyang Technological University, Singapore in 2015. His solo exhibitions to date are In Every Season of Change at DECK, Singapore (2019) and The Mountain Survey at Alliance Française de Singapour, Singapore (2018). Tang was the recipient of the LCC Photoworks Prize, UK, in 2018, and also the 8th France + Singapore Photographic Arts Award, Singapore in 2017. He has undertaken residencies at Art-Business x Business-Art Residency, Singapore (2022); and NTU Center for Contemporary Art, Singapore (2020). Tang is a member of THEBOOKSHOW, a Singapore-based initiative that aims to act as a platform for aspiring artists to showcase self-published photo-based books conceived out of passion. Marvin Tang lives and works in Singapore. 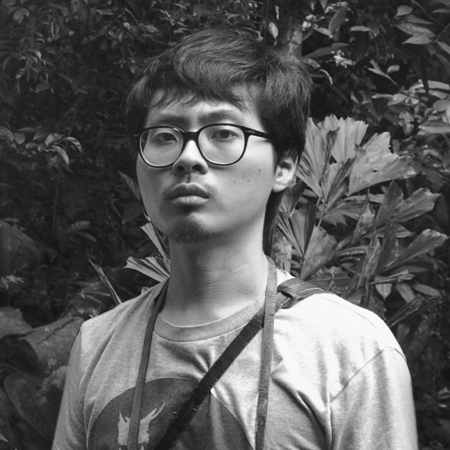 Robert Zhao Renhui (b. 1983, Singapore) graduated with a MA in Photography from the London College of Communications, London, UK in 2010 and a BA in Photography from the Camberwell College of the Arts, University of the Arts London, London, UK in 2008. His work has been exhibited in international group shows such as Busan Biennale 2020; Singapore Biennale 2019; Asia Pacific Triennial, Queensland, Australia (2018); Jiwa: Jakarta Biennale, Indonesia (2017); 7th Moscow Biennale, Russia (2017); 20th Sydney Biennale, Australia (2016); Les Recontres d’Arles, France (2015). Amongst his more recent solo exhibitions in Singapore are The Forest Institute, Gillman Barracks, Singapore (2022); The Nature Museum, commissioned by Singapore International Festival of Art (2017); and The Bizarre Honour, realized for OH! Open House (2017). Zhao’s works are in the public collections of National Museum of Singapore, Singapore; UBS Art Collection, UBS Global; Statoil Art Collection, Norway; Kadist Art Foundation, USA; and UOB Art Collection, Singapore. Zhao has undertaken residencies at the Musée du Quai Branly, Paris, France, and Kadist Art Foundation, San Francisco, United States, and the Fukuoka Art Museum, Japan. He was awarded the Young Artist Award by the National Arts Council in 2010 and was a finalist of the Hugo Boss Asia Art Award 2017 and the 12th Benesse Art Prize in 2019. Robert Zhao Renhui lives and works in Singapore. 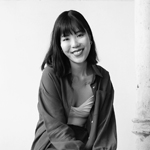 Sarah Isabelle Tan (b. 1995, Singapore) graduated with a Bachelor of Arts, First Class Honours in Photography from the University of the Arts, London College of Communication in 2019. Tan is an artist whose work delves into the ontology of the photographic, navigating between nuances of the tangible and intangible. Working across visual imagery and printmaking, she is particularly interested in the materiality of the photograph and its (re)representation of things. Navigating personal encounters of loss, memory, fleeting moments, and a longing to possess what is always beyond reach, her practice is driven by open-ended inquisition and contemplation. Tan’s work has been published in The British Journal of Photography, and have been exhibited in Only Losers Left Alive (love songs for the end of the world) at Yeo Workshop, Singapore (2021); Portal by The Starving Artists x Paper Mountain Australia at DECK, Singapore (2020); FLOCK at Art East Gallery, London, United Kingdom (2019), amongst others. She was a Finalist (Still Image Category) of the inaugural Julius Baer Next Generation Art Prize (2021), and a recipient of the Objectifs Centre Documentary Award 2020 (Emerging Category) (2021). Sarah Isabelle Tan lives and works in Singapore. 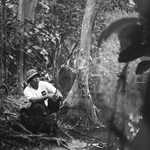 thesupersystem is the brainchild of Heider Ismail (b. 1989, Singapore), currently a student at Lasalle College of the Arts pursuing his Masters in Design. Started off as a school project, it eventually evolved into a platform that merges technology, science and art. An advocate for environmental activism, thesupersystem seeks to inform the masses on the importance of climate change. A self-initiated campaign called ‘The Jungle Is Neutral’ echoes a number of collaborative projects regarding the natural world. thesupersystem has exhibited in some notable places with the likes of National Gallery Singapore and also London Science Festival. Occasionally, thesupersystem steps up as a live visual artist for musical and theater performances. He is also part of local art collective, SYNDICATE. As a practicing designer, thesupersystem has also showcased his design research work at the Paris Design Summit 2015. thesupersystem lives and works in Singapore. Woong Soak Teng (b. 1994, Singapore) graduated with a Bachelor of Fine Arts in Photography and Digital Imaging at the Nanyang Technological University, School of Art, Design and Media in 2018. She practices in the intersections of art making, producing, and project managing. Her personal projects examine human tendencies to control natural phenomena and nature at large. Current research interests include the human experience of living with spinal deformity and the role of image-making and representations of human bodies in the medical field. Woong has participated in festivals and exhibitions internationally in Auckland, Copenhagen, Dali, Greece, Tokyo, Shanghai and Singapore. Her accolades include the Steidl Book Award Asia (2016), Objectifs Documentary Award (2021), Kwek Leng Joo Prize of Excellence in Photography (2018) and Singapore Young Photographer Award (2018). She forms one-third of the art collective, DASSAD, and also manages content at Art & Market and art directs with Third Street Studio. Woong Soak Teng lives and works in Singapore.