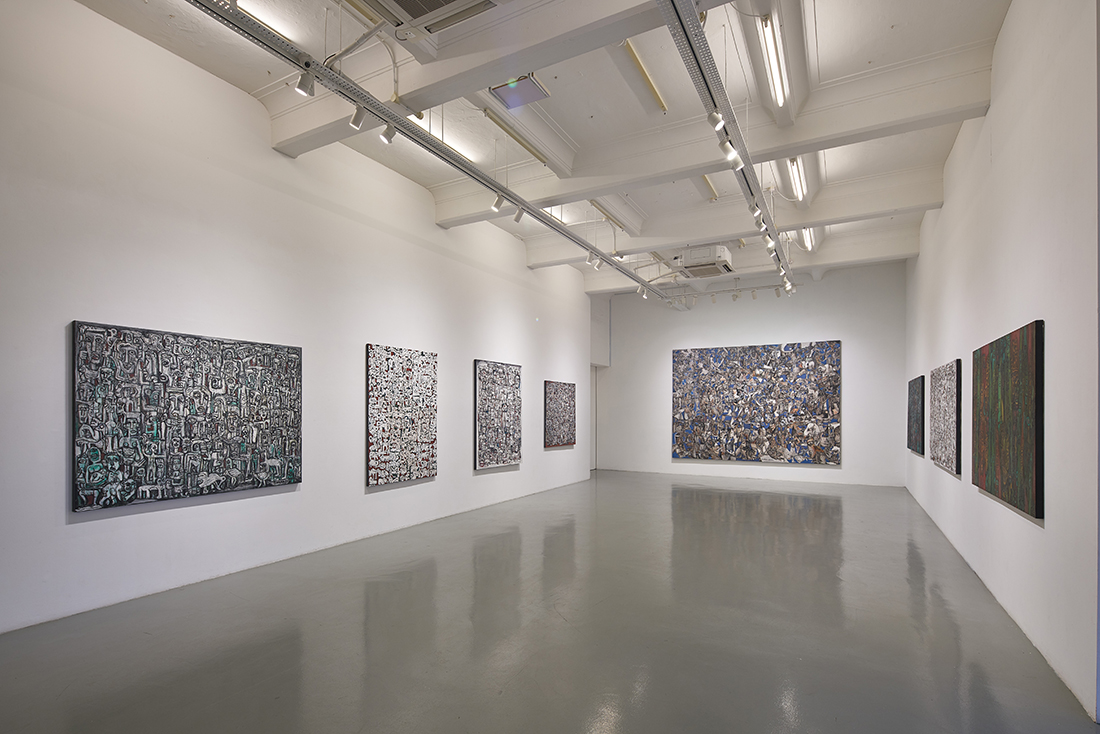 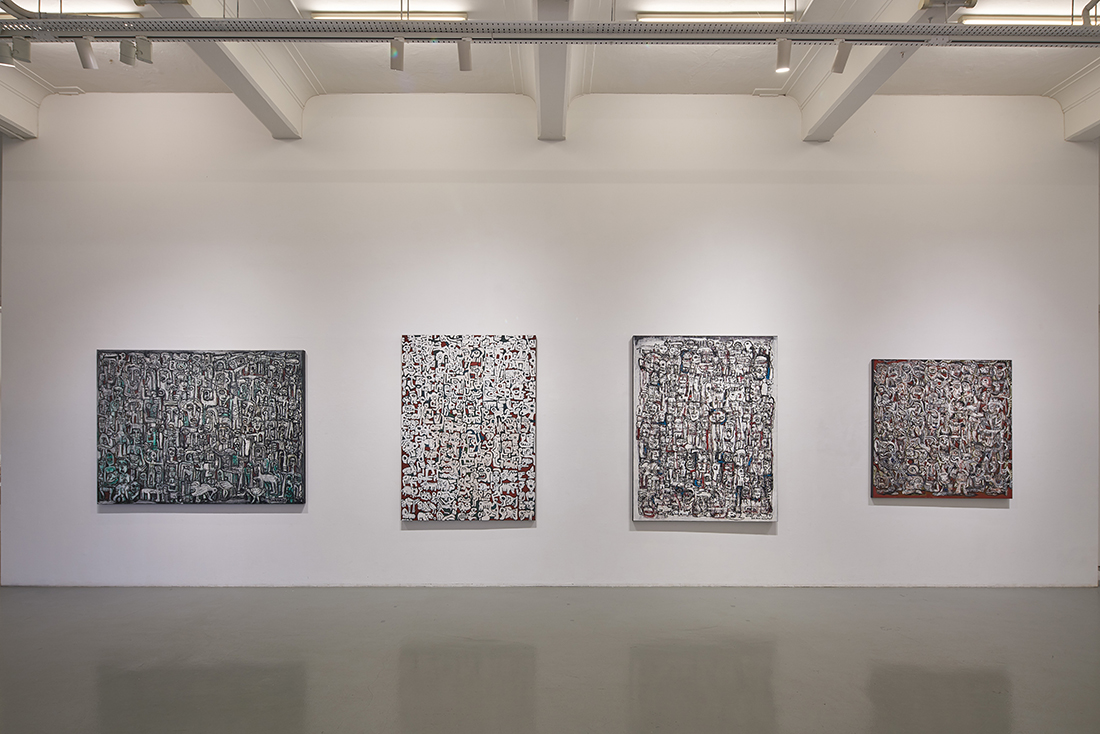 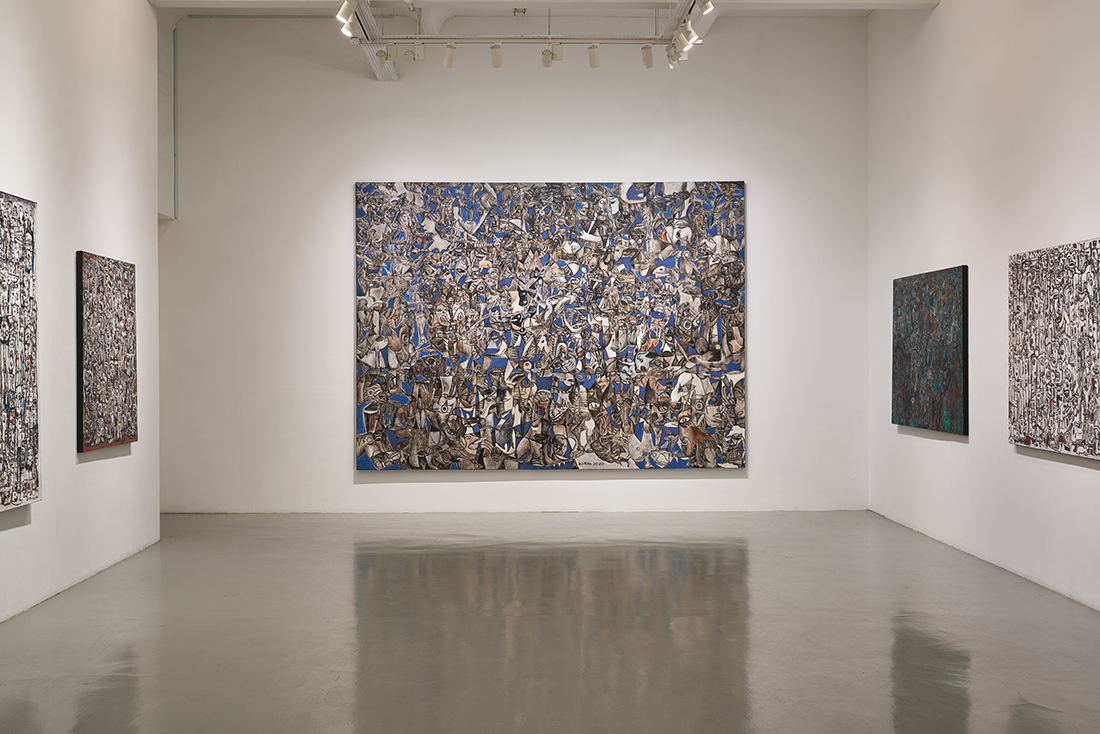 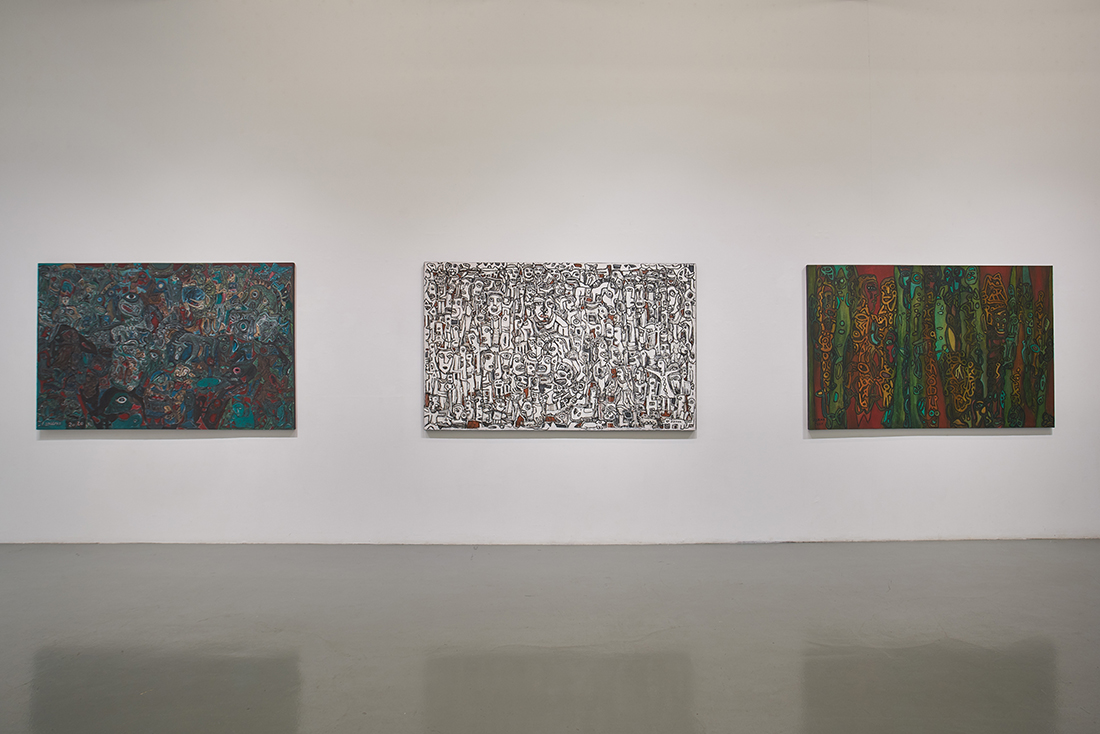 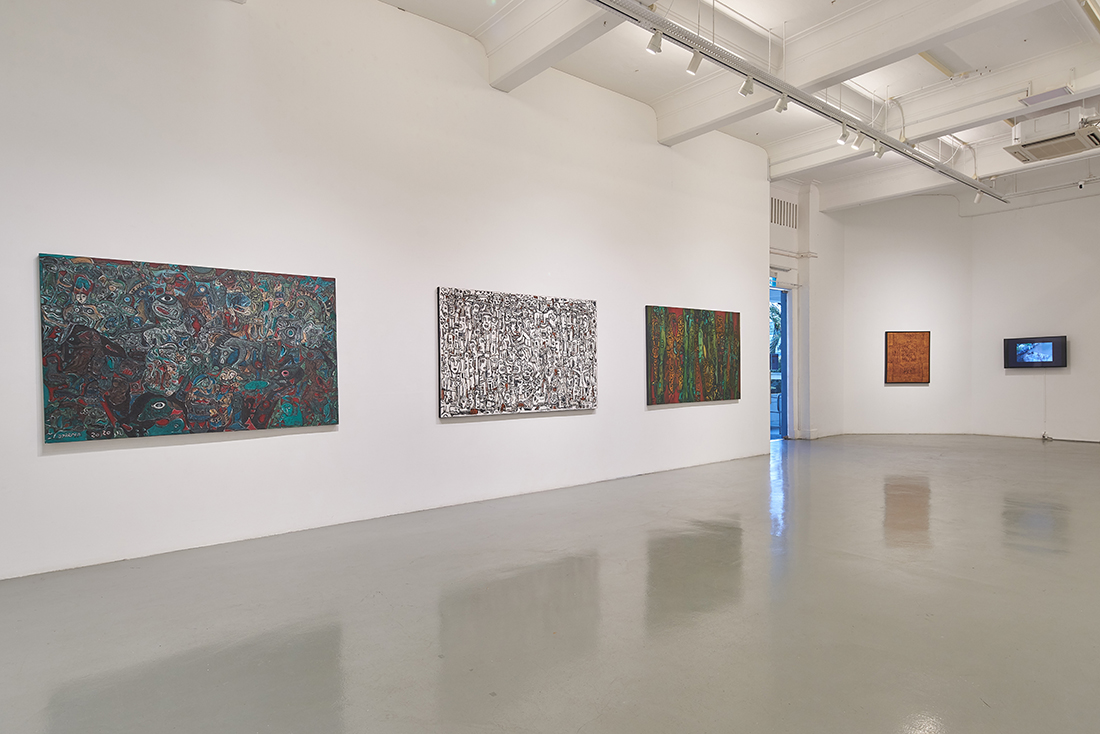 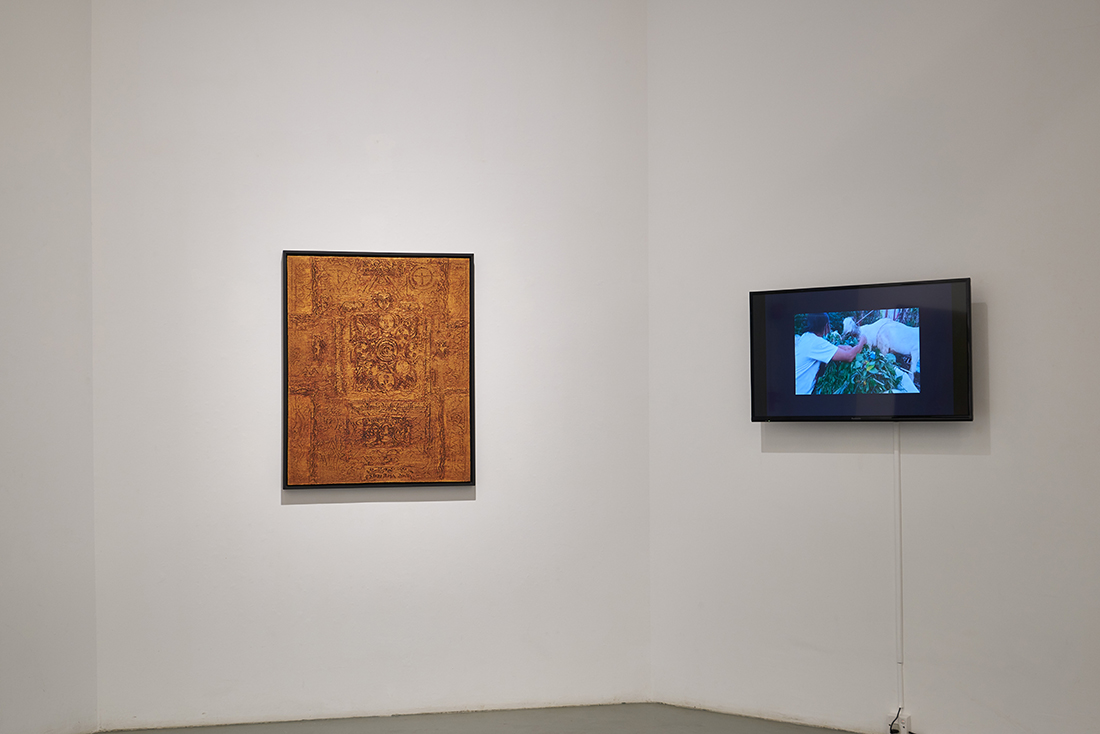 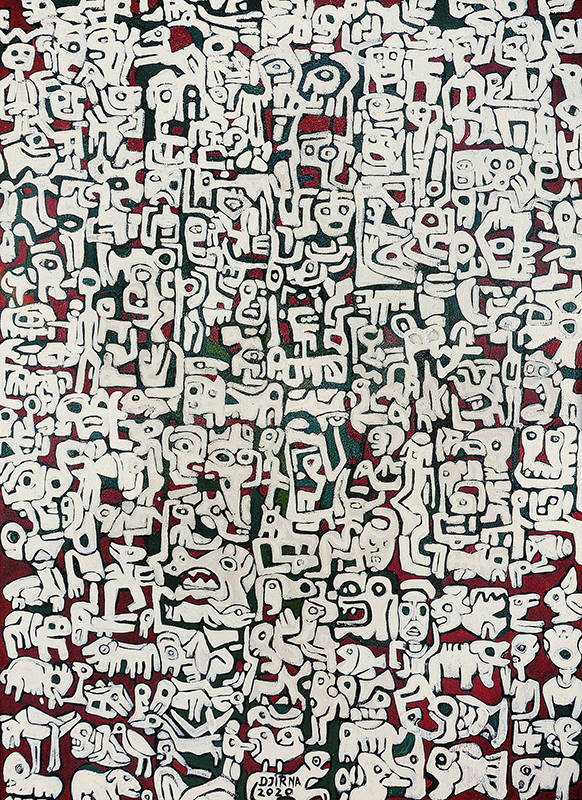 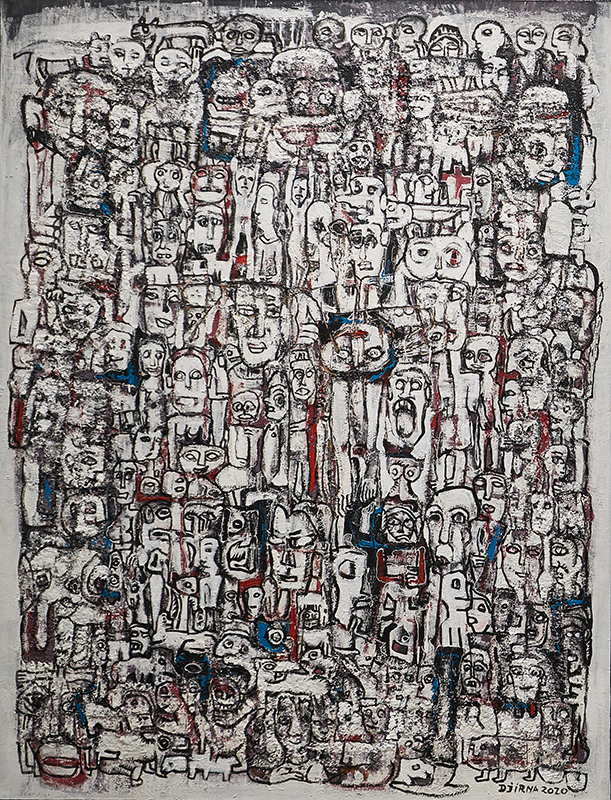 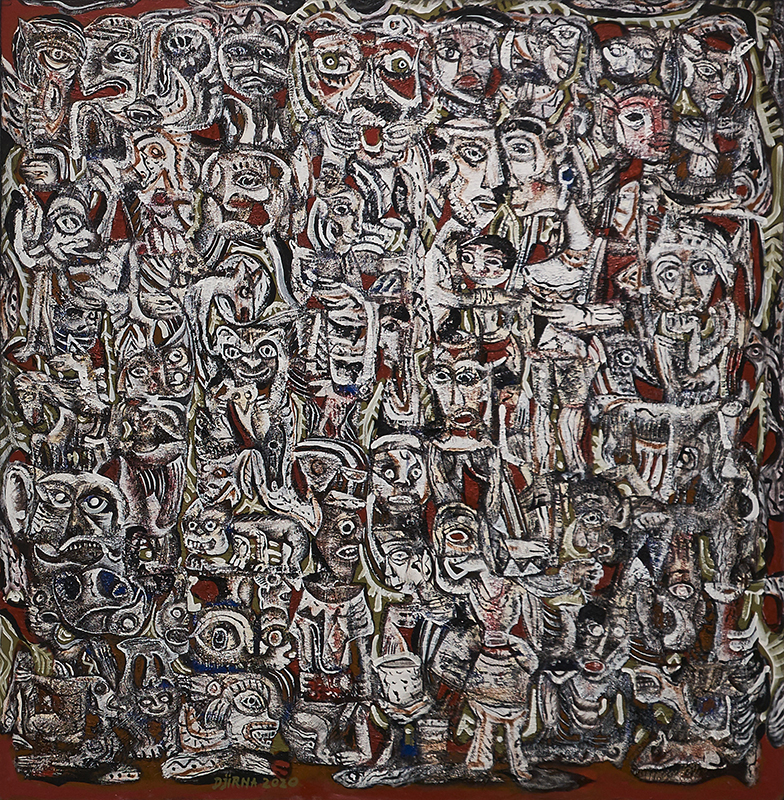 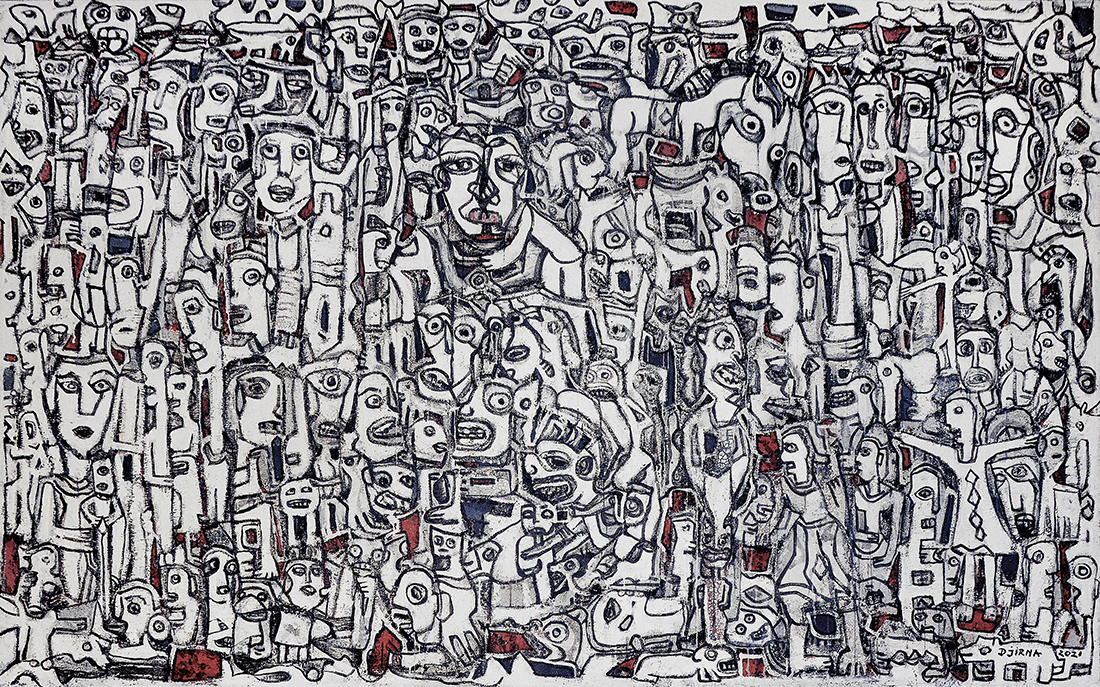 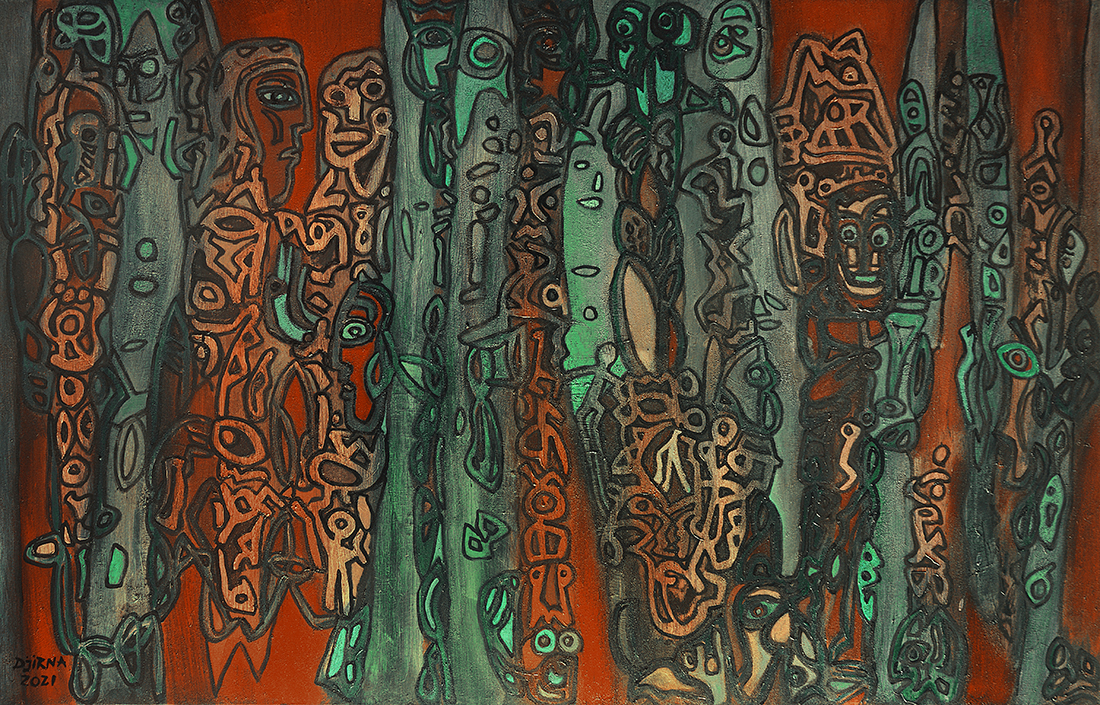 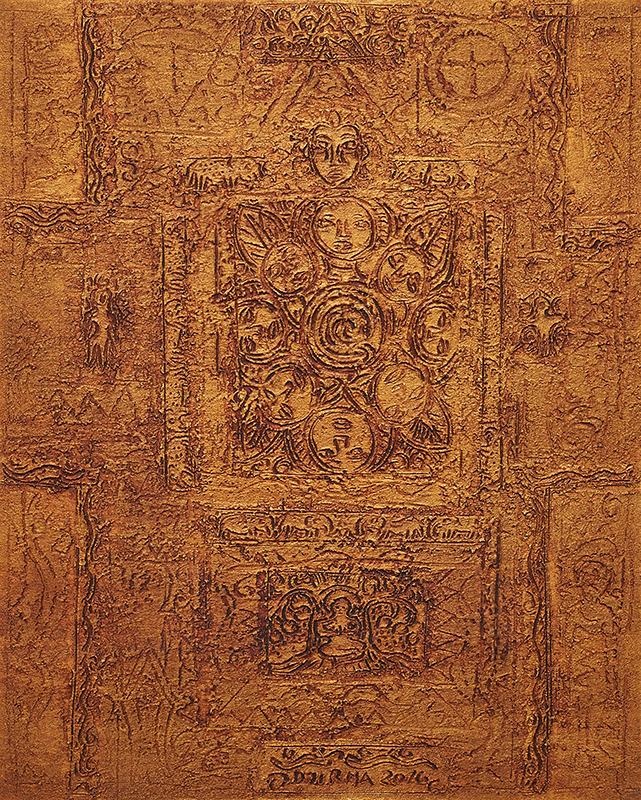 Solo exhibition by I Made Djirna

Mizuma Gallery is pleased to announce The Voice of Nature, a solo exhibition by Indonesian artist I Made Djirna, curated by Hermanto Soerjanto.

In this solo exhibition, I Made Djirna discusses the awareness of the relationship between humans and nature. According to Djirna, nature and humans communicate through natural signs, for example: a cloudy sky is a sign that rain will come, and a certain insect’s chirp is a sign of the change of seasons. Unfortunately, modern humans like us are too involved in our daily activities that we often ignore ‘the voice of nature’. We even tend to no longer respect nature so that the balance of the relationship between humans and nature is disturbed. As a consequence, this triggers the emergence of various problems, including ones that have recently surfaced.

Djirna is an artist who was born, grew up, and works in Bali, a place where Balinese Hindu spiritualism still flourishes in daily life, and this has become a fundamental influence in how he views his art making process. Through the nine works in this exhibition, Djirna discusses Tri Hita Karana, the philosophy of life for the Balinese Hindu community which translates to “Three Causes of Well-Being”, which consists of harmony with God, harmony among humans, and harmony with nature. This philosophy also perfectly describes Djirna’s daily life, which is filled with religious ceremonies. In both his studio and home, Djirna is always surrounded by various kinds of plants, pets – his favourite dogs and many species of birds – as well as numerous natural objects such as stones, logs, and pieces of relief from demolished temples. Indeed, Balinese temple reliefs seem to heavily influence Djirna’s works, where many figures in primitive deformation are lined up flat, with no perspective. At first glance, his paintings remind us of Jean Dubuffet’s, but in the nuance of Balinese spirituality. Djirna’s works seem to pose an inevitable question, “Is this pandemic that we are going through right now also a form of nature’s voice trying to tell us something?” 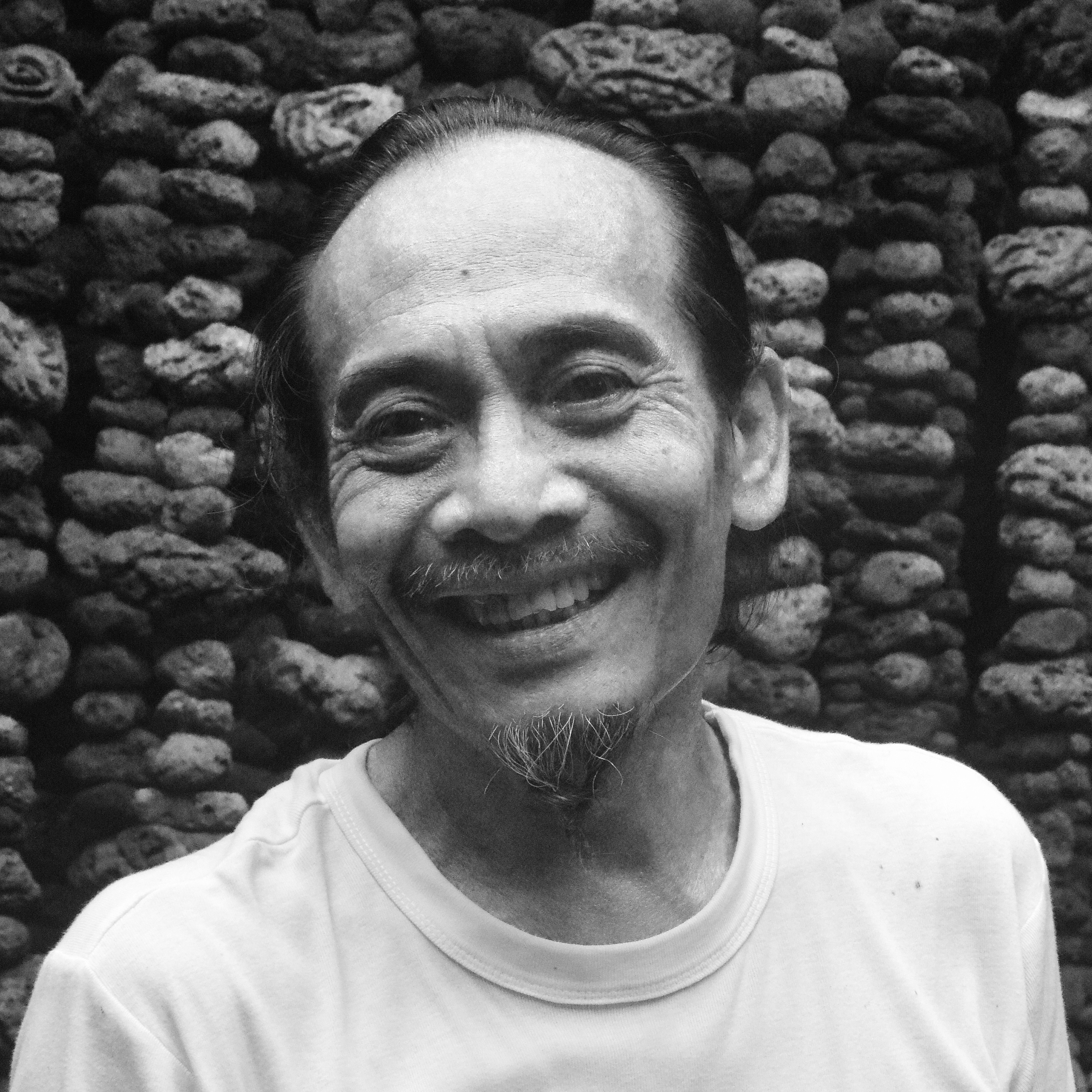 I Made Djirna (b. 1957, Bali, Indonesia) graduated from the Faculty of Fine Arts and Design at the Indonesian Institute of the Arts (ISI) Yogyakarta, Indonesia in 1985. Djirna grew up in a village in Ubud, Bali, surrounded by Balinese stories of spirits, dance, and shadow puppetry. The people of Ubud treated traditions, customs, and religion with great significance, as it was believed that it could help achieve peace and well being – a principal of life rooted deep down in Djirna’s heart. Through his works, Djirna explores the social and political issues of Indonesia and human relationships. Exploring the use of different materials, techniques and styles, he masterfully translates these thoughts and emotions into his paintings and installations. His solo exhibitions include The Logic of Ritual at Sangkring Art Space, Yogyakarta, Indonesia (2013); Seascapes at Gajah Gallery, Singapore (2007); and held his first solo exhibition at the Northern Territory Museum of Art and Sciences, Darwin, Australia (1989). His past exhibitions also extend widely across Indonesia, Singapore, Australia, Canada and the United States. I Made Djirna lives and works in Bali, Indonesia. 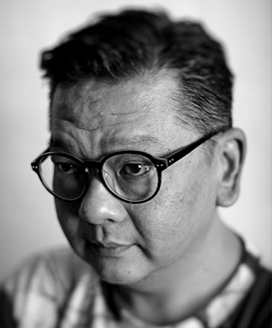 Hermanto Soerjanto (b. 1970, Indonesia) went to Palin School of Arts & Design in Singapore and Akademi Teknik Desain Interior (ATDI) in Jakarta, Indonesia, before joining Cipta Citra advertising agency in 1994. Since then, he had built his career in the field of advertising and currently holds a position at Pantarei Communications as Chief Creative Officer. As an art collector, Hermanto Soerjanto is familiar with Indonesian artists, having spent much time conversing with them and visiting their studios. In 2008 he established GARIS Artspace, an art gallery in Jakarta showcasing works by contemporary Indonesian artists, where he organizes and curates the exhibitions on regular basis. To date, Hermanto Soerjanto has organized several exhibitions, most notably Ethnicity Now, a group exhibition at Galeri Nasional Indonesia, Jakarta (2010), and Unveiling Fundamentals in Contemporary Art Through Asia at OHD Museum, Magelang, Indonesia (2015). Hermanto Soerjanto lives and works in Jakarta, Indonesia.

Link to I Made Djirna
← Back to Exhibitions List