HOME>Exhibitions>KARIYA Hiroshi "It Is All About the One Piece, and Millions of Others"（TOKYO） 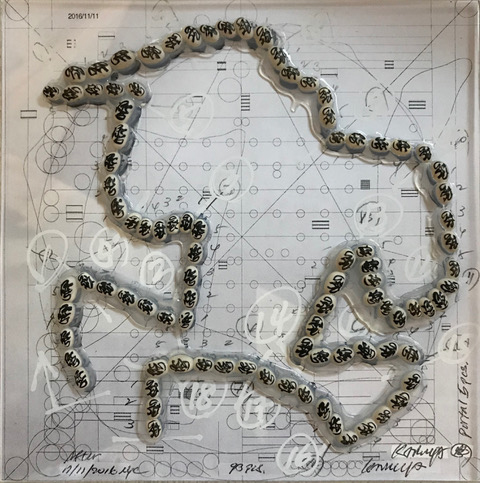 KARIYA Hiroshi "It Is All About the One Piece, and Millions of Others"（TOKYO）

Mizuma Art Gallery is pleased to present KARIYA Hiroshi’s solo exhibition “It Is All About the One Piece, and Millions of Others”, from Saturday 13th January 2018.

Born in 1948, Kariya moved to the United States in 1977 and has been based in New York ever since. Throughout the 1980s and 90s Kariya became renowned for his prolific practice both in Japan and overseas, including his participation in a group exhibition at MoMA PS1, his solo exhibition at the Institute of Contemporary Art, University of Pennsylvania, and his participation in the four-artist show “Open System” at Art Tower Mito, Japan, together with CAI Guo Qiang, TAHO Ritsuko and YANAGI Yukinori. However, since the year 2000 he has curtailed exhibitions of his work and secluded himself in his studio, whilst continuing to make work every day. From 1993* to 1997 Kariya held solo exhibitions once a year at Mizuma Art Gallery curated by gallery director MIZUMA Sueo, but this exhibition will be his first solo show in 21 years.

For many years, Kariya has been developing work based around the concept of the “sutra”. His work “Seed Sutra” in this exhibition comprises writing the three words “the now is” onto small amounts (specks) of seeds every day. Kariya began working on this piece in 1984 and has continued production on it ever since, with numerous interim pauses. The total work is believed to now amount to around 25 years’ worth of production.

Regarding the words “the now is”, which may be considered his own “sutra”, Kariya remarks:

In the morning, the words we speak when we open our eyes are “that”: life “is” “again” “repeating” and “learning”.This repetition becomes copied and recopied, like a sutra. To me, “the now is” resonates as a sound wave of the message to “enjoy what is present”, as a repeating sutra of “the now is” set against “but, however, that is not the case”.

If we open our eyes, if we begin to live – we will be able to enjoy that sound wave.’

Kariya’s sutra transcriptions are not a work attempting to confirm the exact instant of “now”; rather, they are the embodiment of the fact that within this “now” the endless circle of things in flux through birth, death, and rebirth, ever continues.

His works, which may be said to be themselves like prayers, are fervently resonant for we who live in a world in which we can never know what tomorrow brings. For Kariya, a prayer is “the equilibrium of an endless quantity of all things unevenly distributed; the equilibrium of a single universe”.

We invite you to witness the internal universe of Kariya Hiroshi, whose work, after 21 years, hereby returns to Mizuma Art Gallery.

* Kariya’s exhibition in 1993 was held at Spark Gallery Ⅱ, the predecessor of present-day Mizuma Art Gallery.