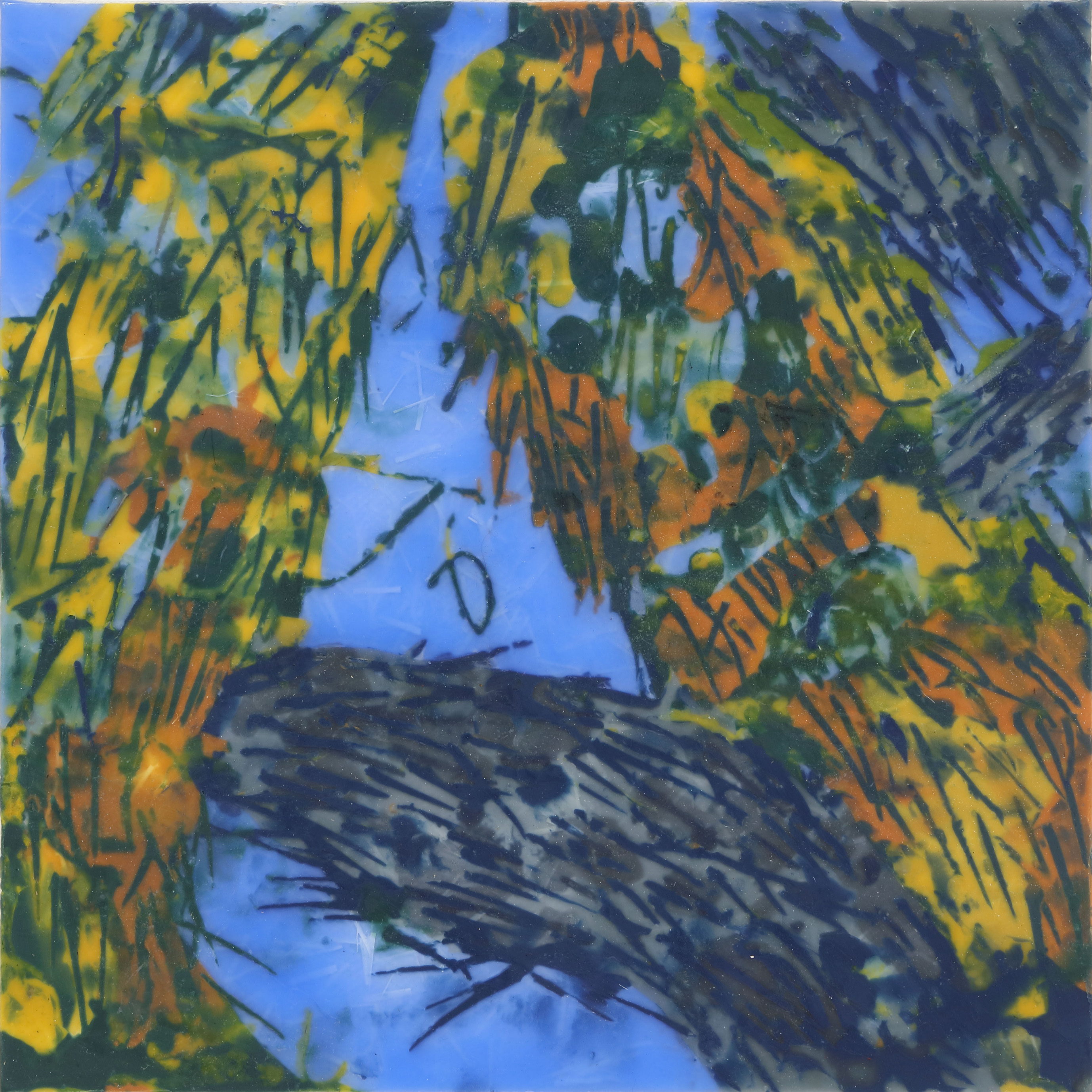 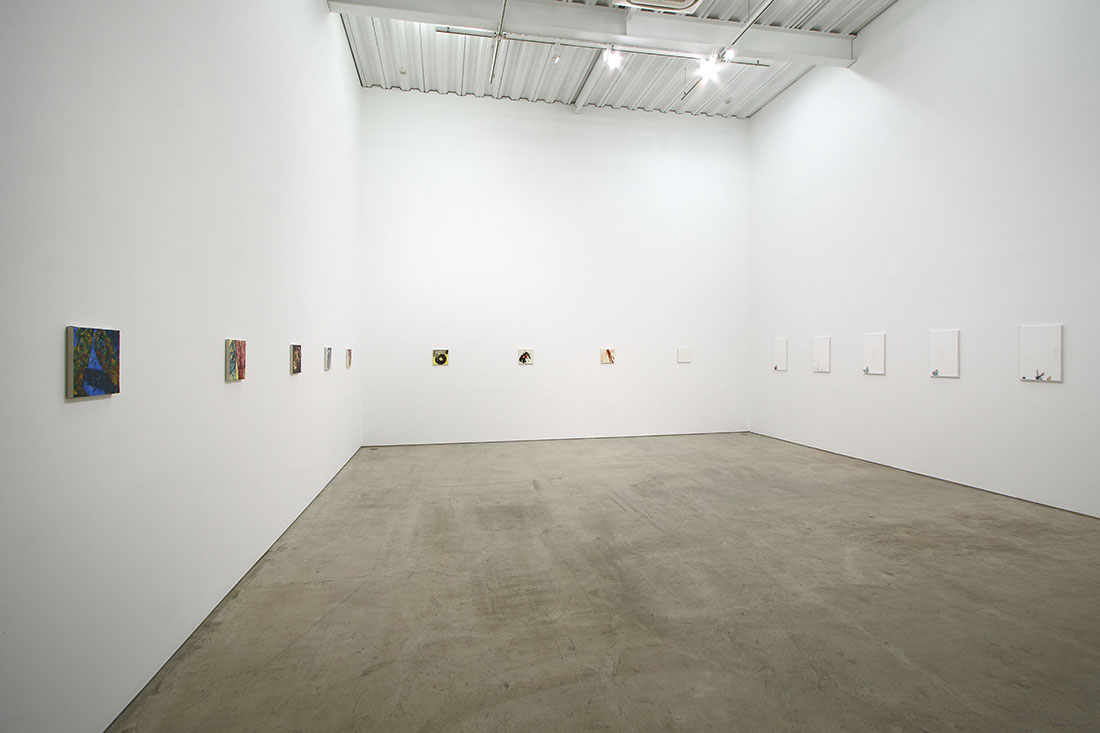 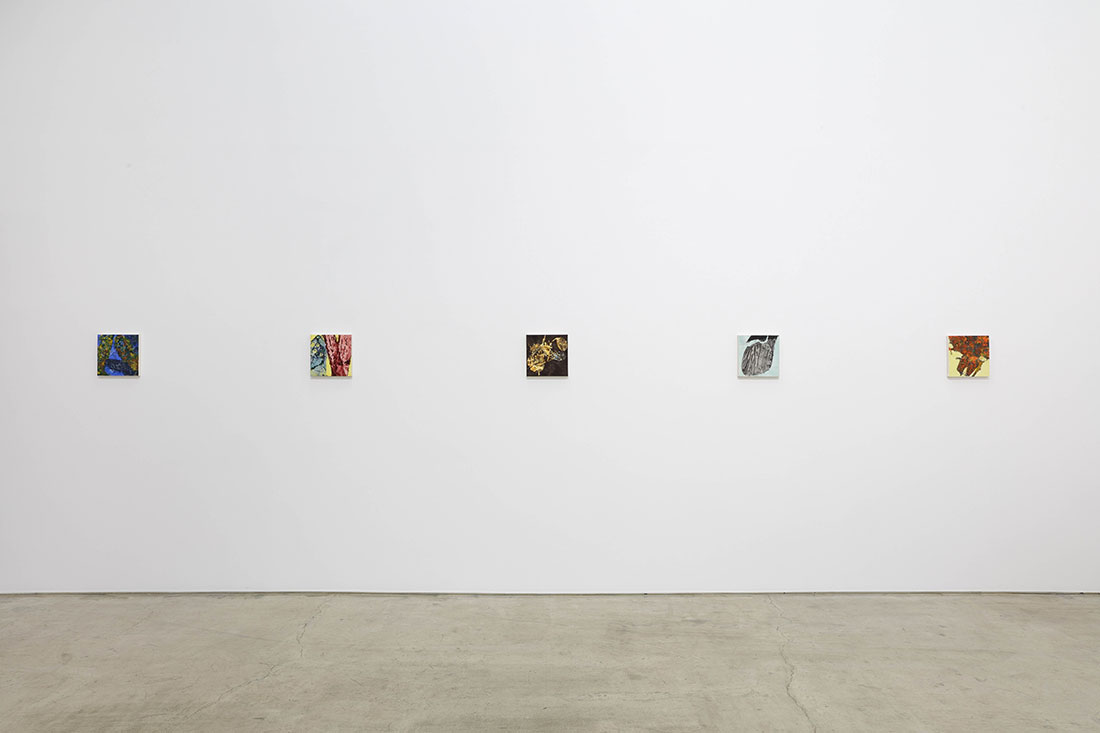 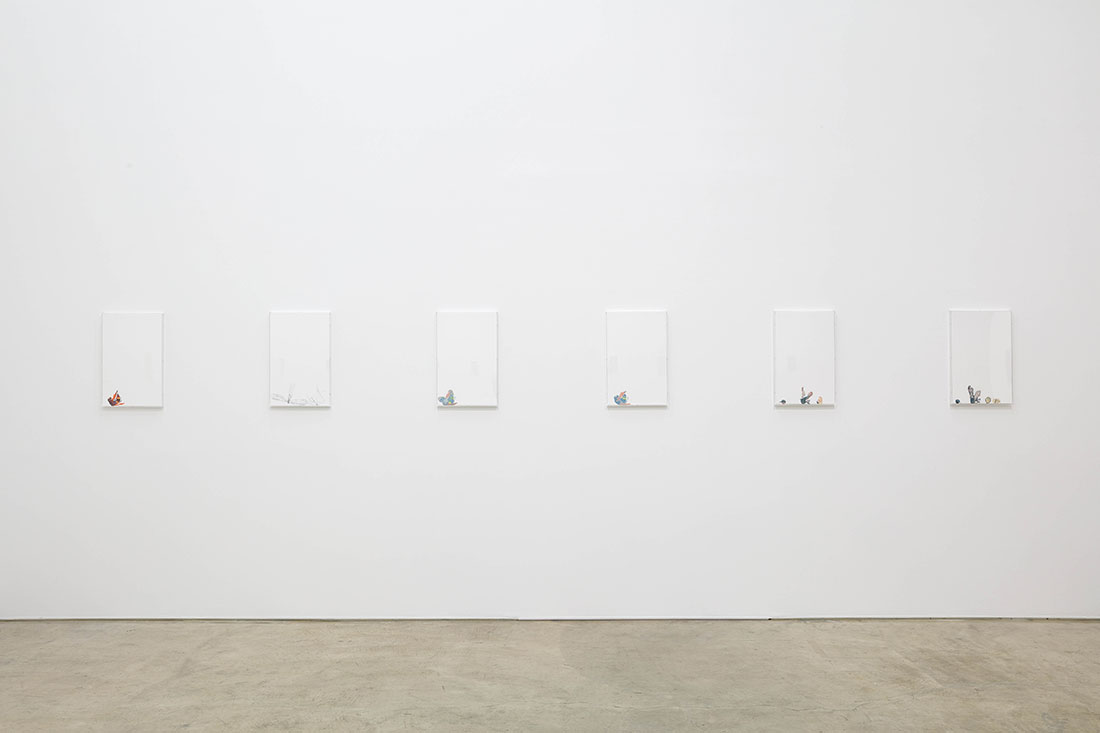 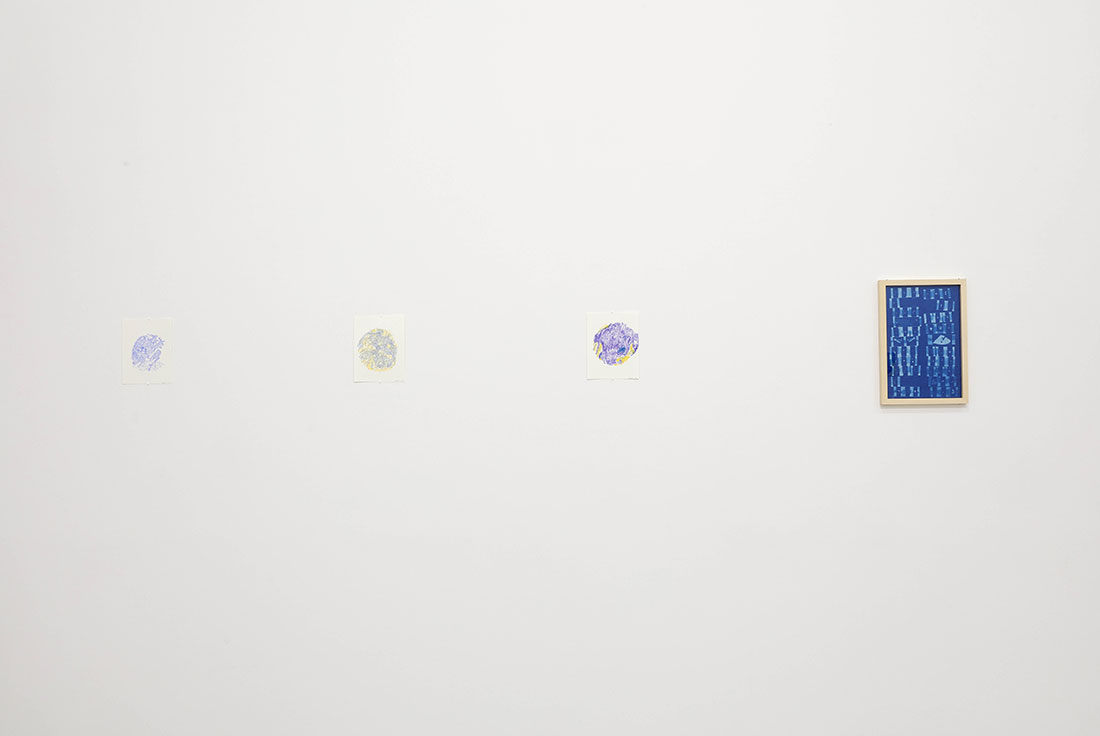 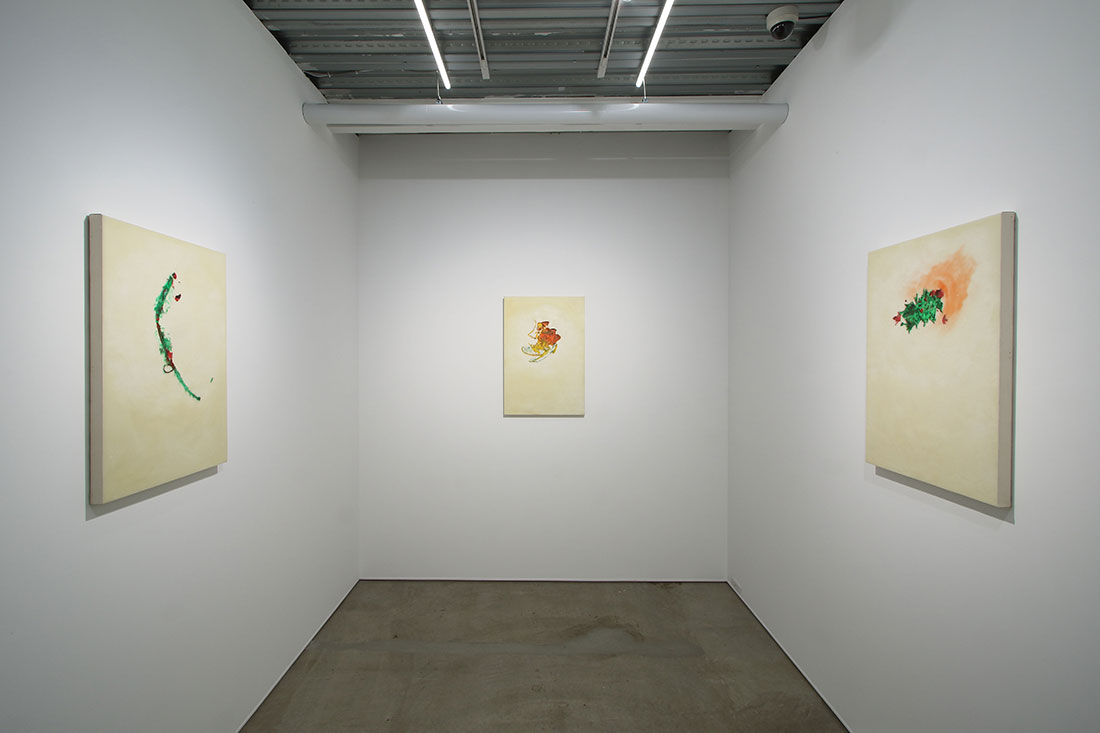 Mizuma Art Gallery was closed for a while due to COVID-19, but we will reopen on Tuesday, 2nd June 2020.

We will extend TSUTSUI Shinsuke Exhibition until Saturday, 20th June 2020.

We accept admissions by appointments only, and maximum capacity of 6 people per 30 minutes during the exhibition, opened from 12:00 to 18:00 (last admission 17:30).

To deter spreading the infection of COVID-19, we plan to take precautions. Please visit our website below, to see the guideline before your visit.

Thank you so much for your understanding.

Tsutsui Shinsuke is an artist who consistently used wax, to produce artworks using motif of insects collected around him. In addition to artworks that were painted during his stay in Indonesia, this exhibition is composed of recent works that have not yet been displayed, as well as new works created especially for this exhibition.

In the summer of 2017, Tsutsui participated in residency program at Yogyakarta, Indonesia. His very first sojourn abroad became not only about cultural exchange with the locals, but also about having a major encounter with his own work. Tsutsui who realized that Indonesia’s Batik (wax dyeing) and his work had much in common in terms of technique and imagery, began to pay attention to a tool called Canting used for Batik. Canting is a drawing utensil made of copper with a thin metal spout, that holds a heated liquid wax for drawing patterns. Up until this time, Tsutsui’s works had been based on using patterned paper with motifs drawn on it which are cut up into pieces like scattered puzzles and then placed back together on the canvas. Afterwards, each of the puzzle pieces are removed and then wax poured over one at a time to form the surface of the work. However, by using Canting alongside the previous method of using patterned paper, he was able to draw a line of wax directly onto the canvas itself.

For Tsutsui, who was now able to form his work with lines, instead of colored planes, thereupon began to have greater awareness of the flatness, and this awareness can be seen appearing in his new drawings. The deceased insects that seem to have fallen to the ground from gravity is laid out at the bottom edge of the paper, leaving behind a large portion of blank space, and urges a sense of Tsutsui’s intense curiosity, in his deep awareness to composition and flatness of the painting.

To take up motifs of insects that are too small to arrange by hand, or to flatten these insects to lose as much thickness as possible, as well as the process of using a projector to create a patterned paper; all of these methods were used to remove his unconscious manipulation. Tsutsui who had intentionally chosen neutral compositions and colors to truthfully depict “what really exists” onto his artworks, began to find it impossible to completely take away his subjectivity and any trace of it, and as he began to think of the methods unnecessary during the creation of works in recent years, these works began to be more figurative and possess bolder colors. When asking Tsutsui of the colorings applied to his new drawings, he replied “The color makes it just almost fly.” Perhaps he was seeing the life of the motionless insect fly freely through the vast white space.

As the exhibition was close at hand, Tsutsui Shinsuke passed away on the 24th of February 2020. Since having diagnosed with esophageal cancer in April of last year, he had been visiting the hospital for treatments. Despite being at a mercy of the waves of faltering conditions, he gathered up his strength till the last moment, to spend his remaining precious time for production to prepare the new works for the exhibition.

The layout of the gallery space, the framing of the works, and choosing of images used for direct mails and PR; everything linked to this exhibition were made accordingly close to the artist’s intentions. It is our only hope that a great many people will come to see the new works in this exhibition, where despite using the same motifs and painting materials, will reveal Tsutsui Shinsuke’s pursuit for immeasurable expressions as a painter.