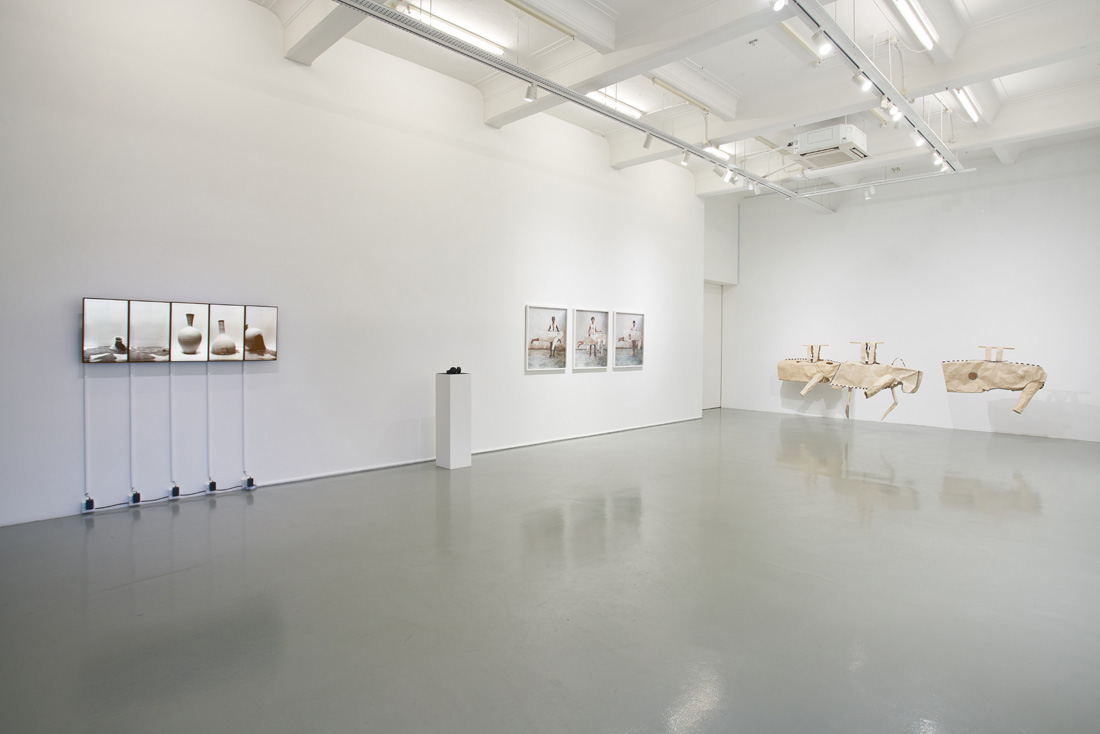 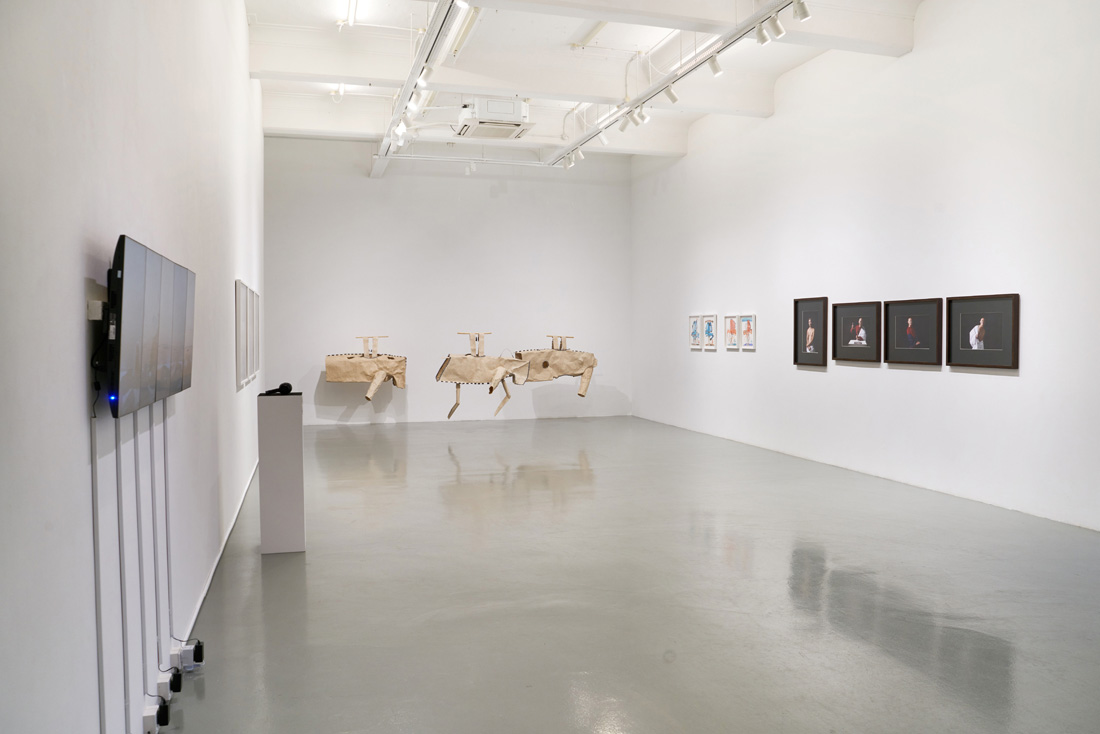 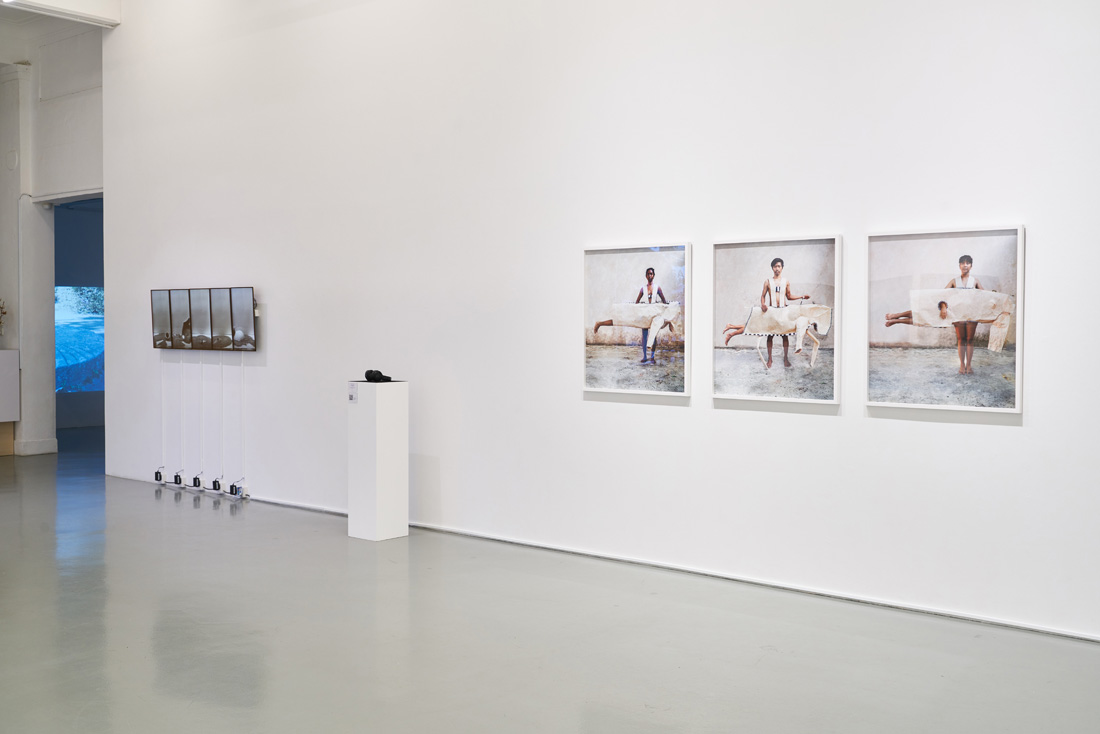 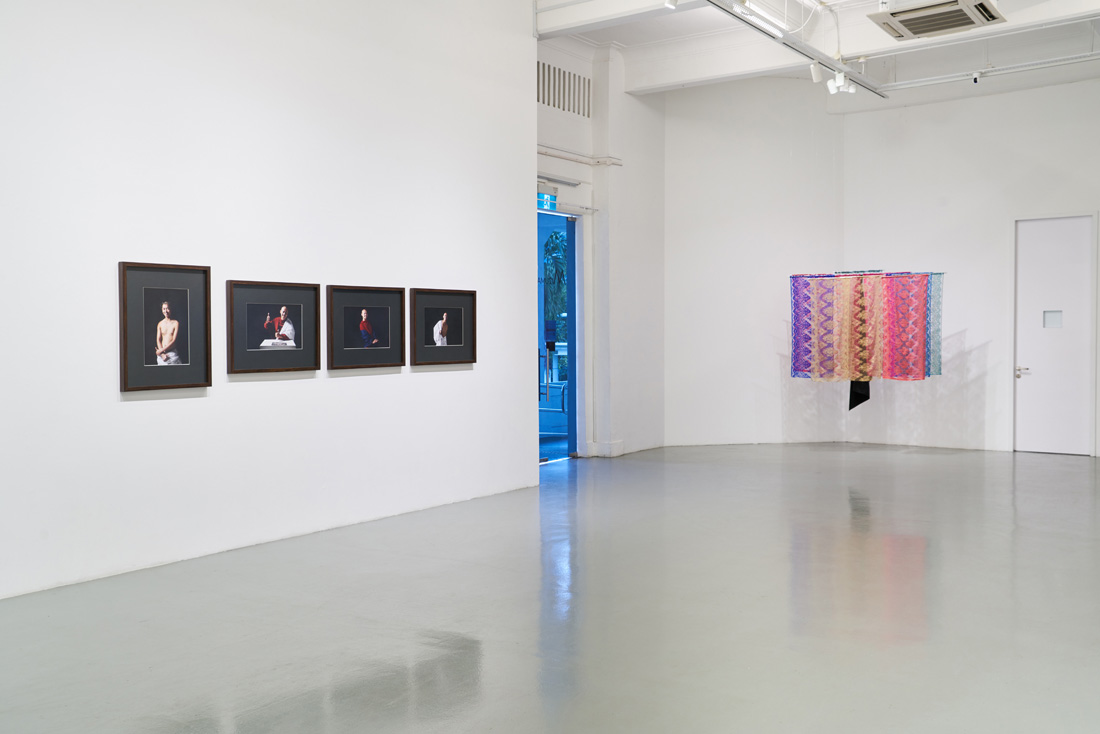 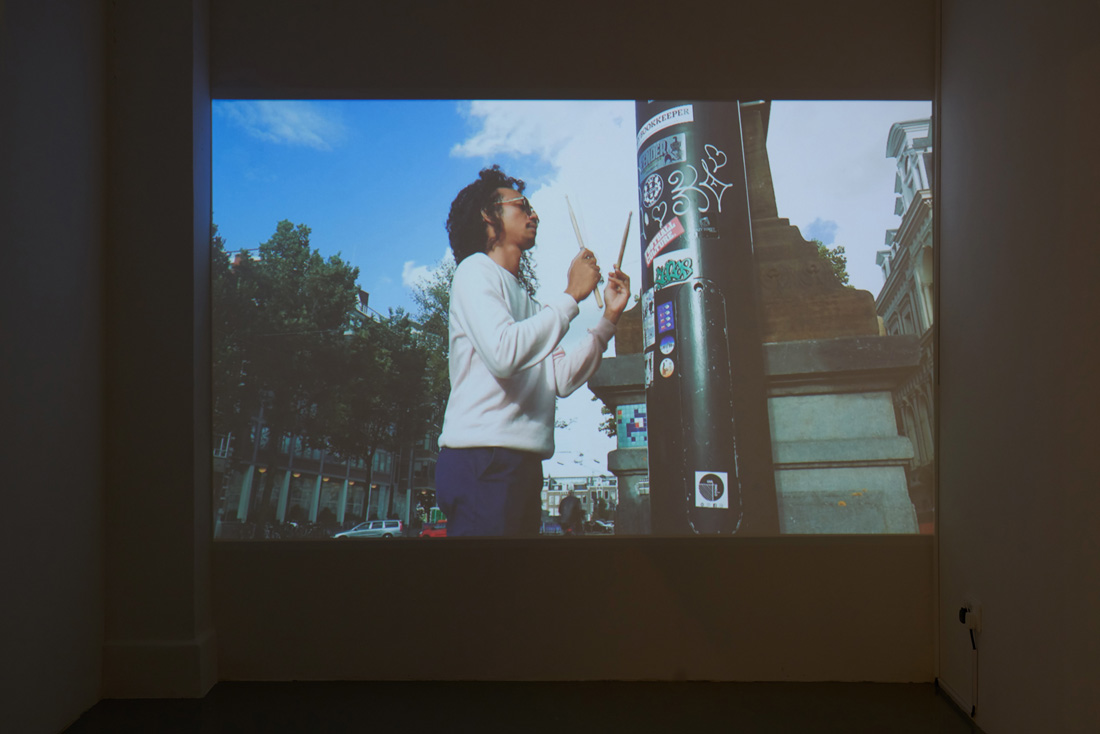 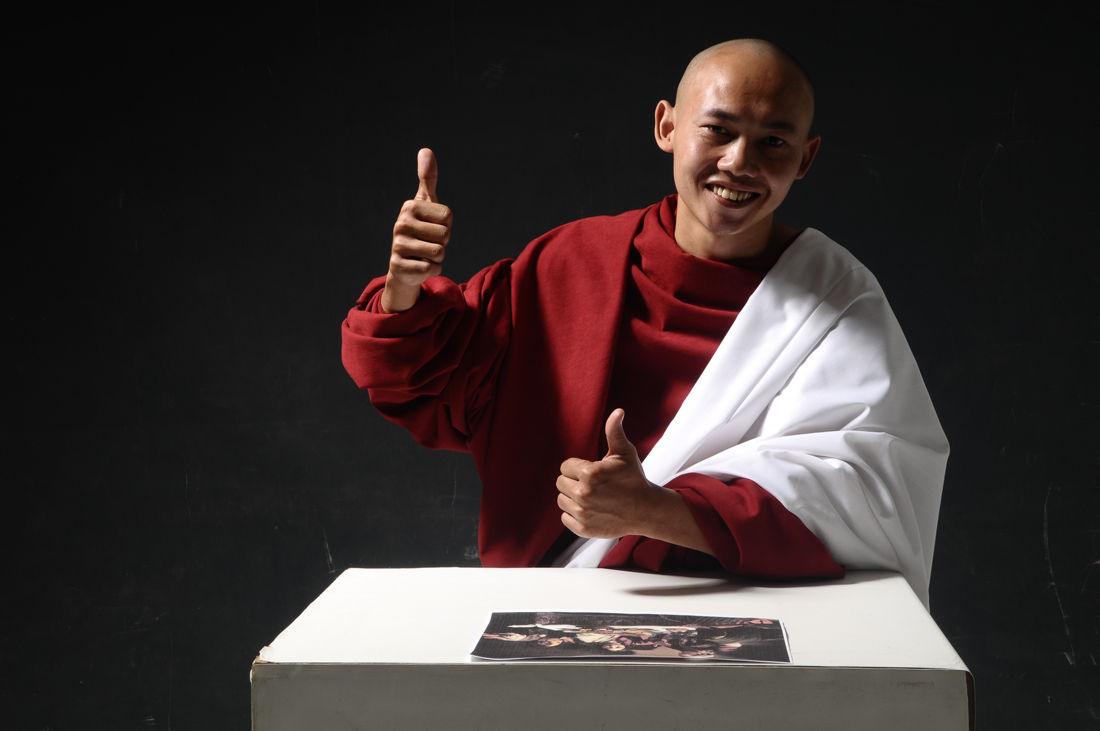 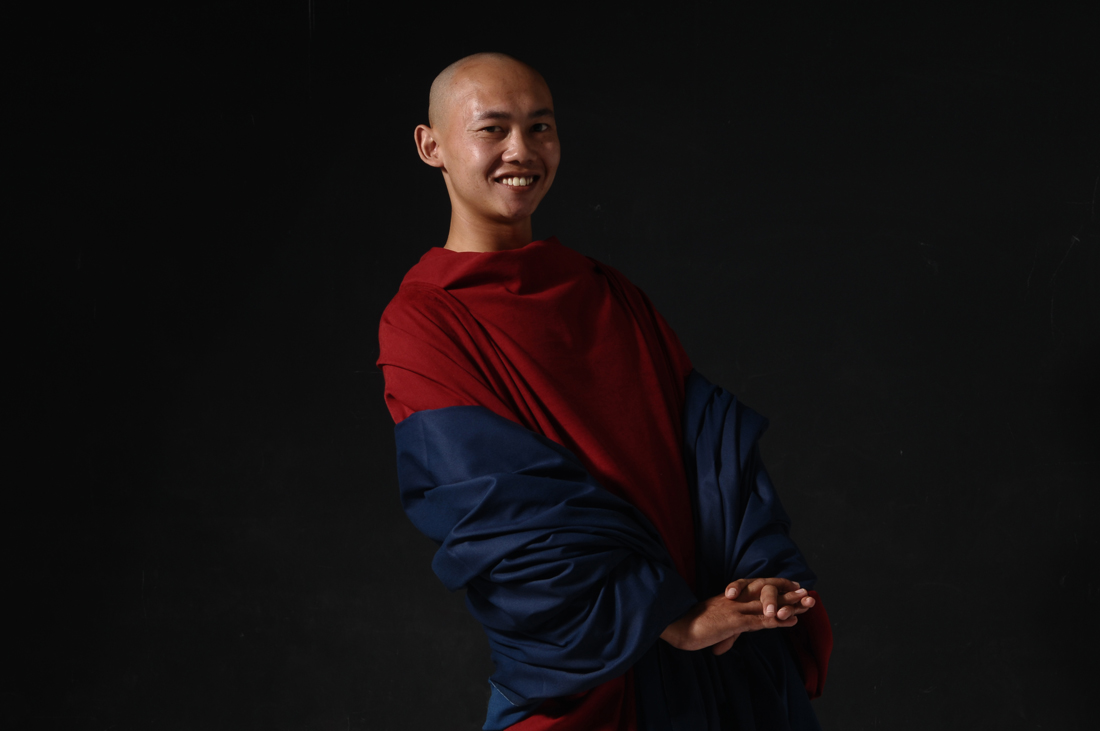 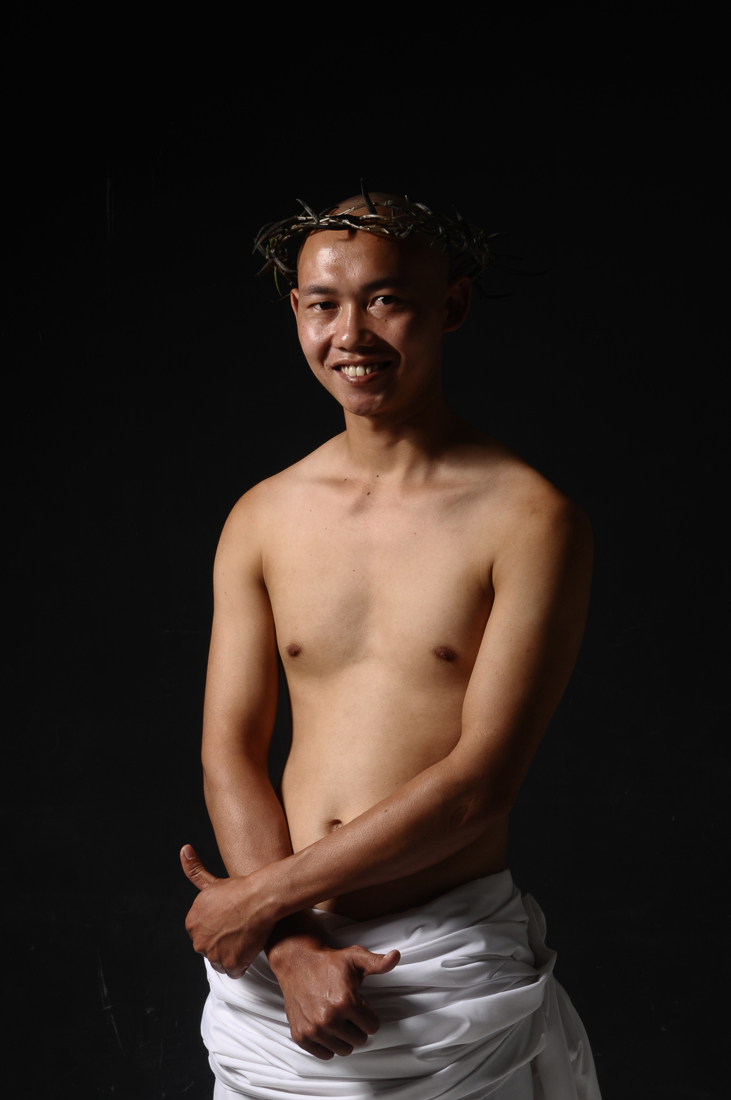 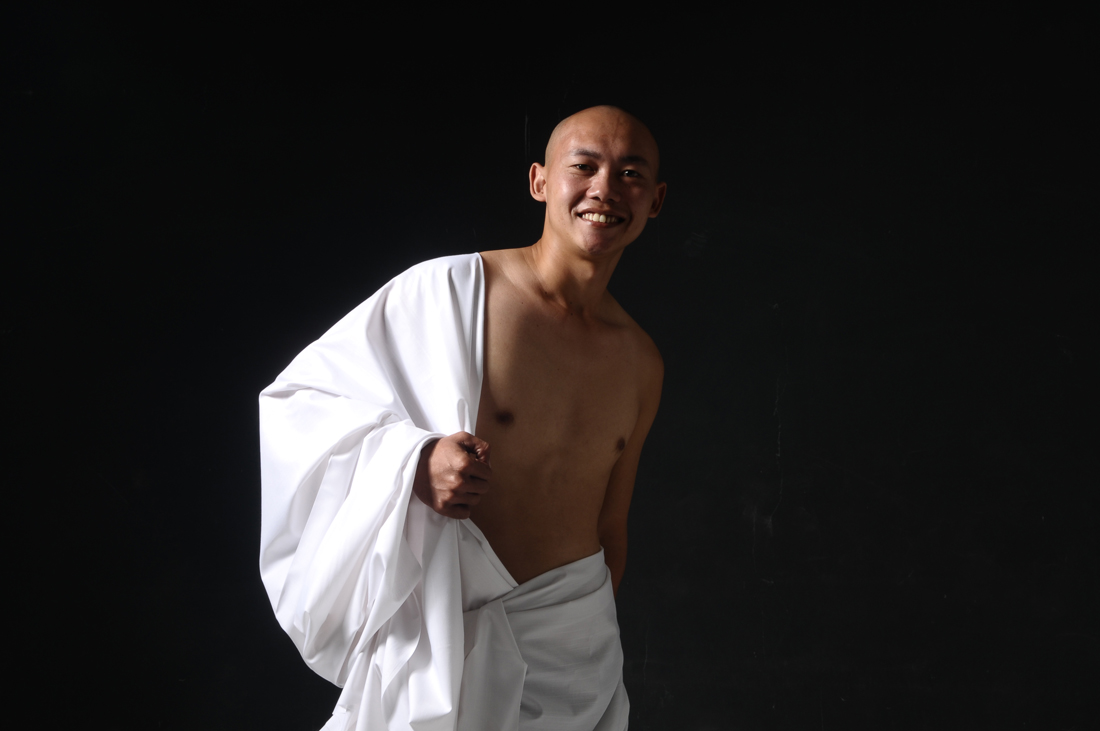 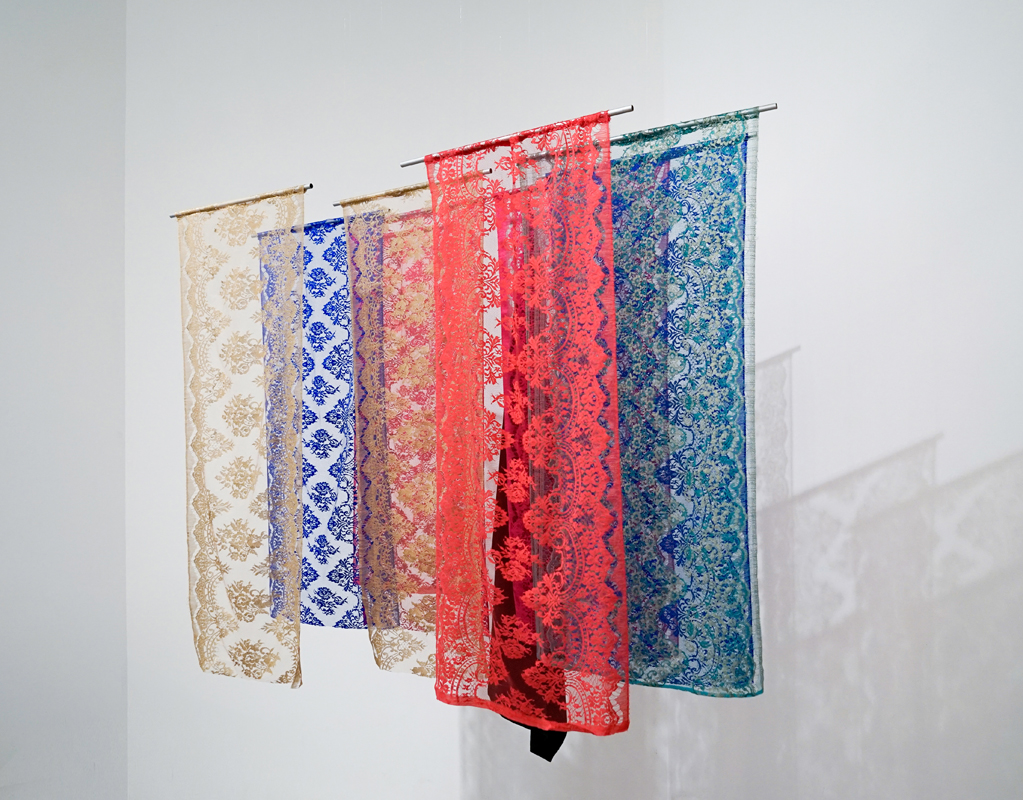 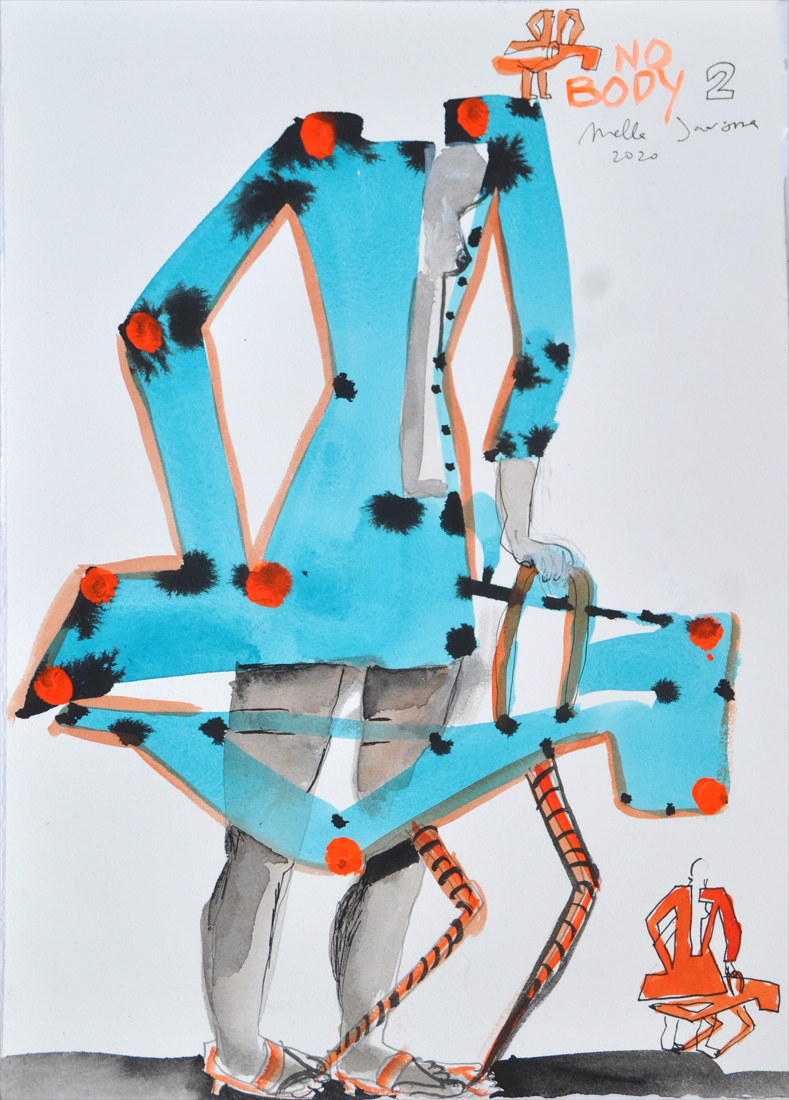 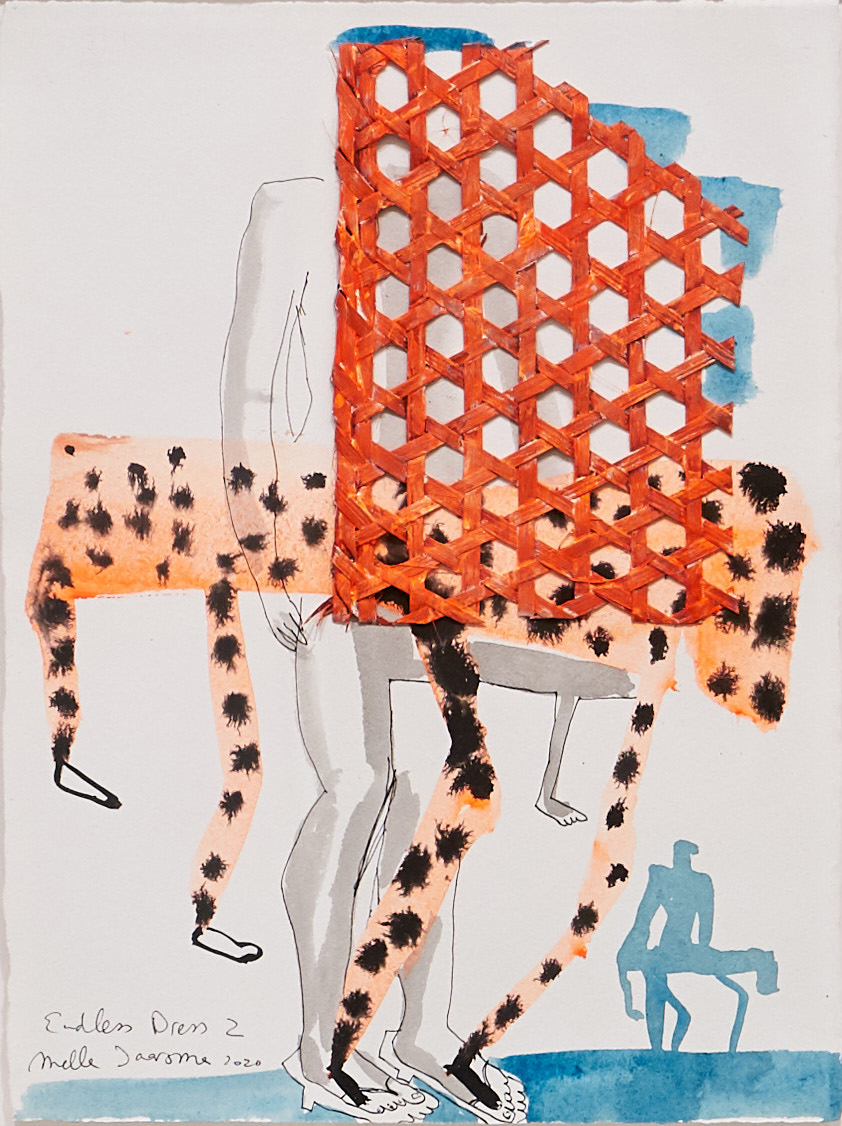 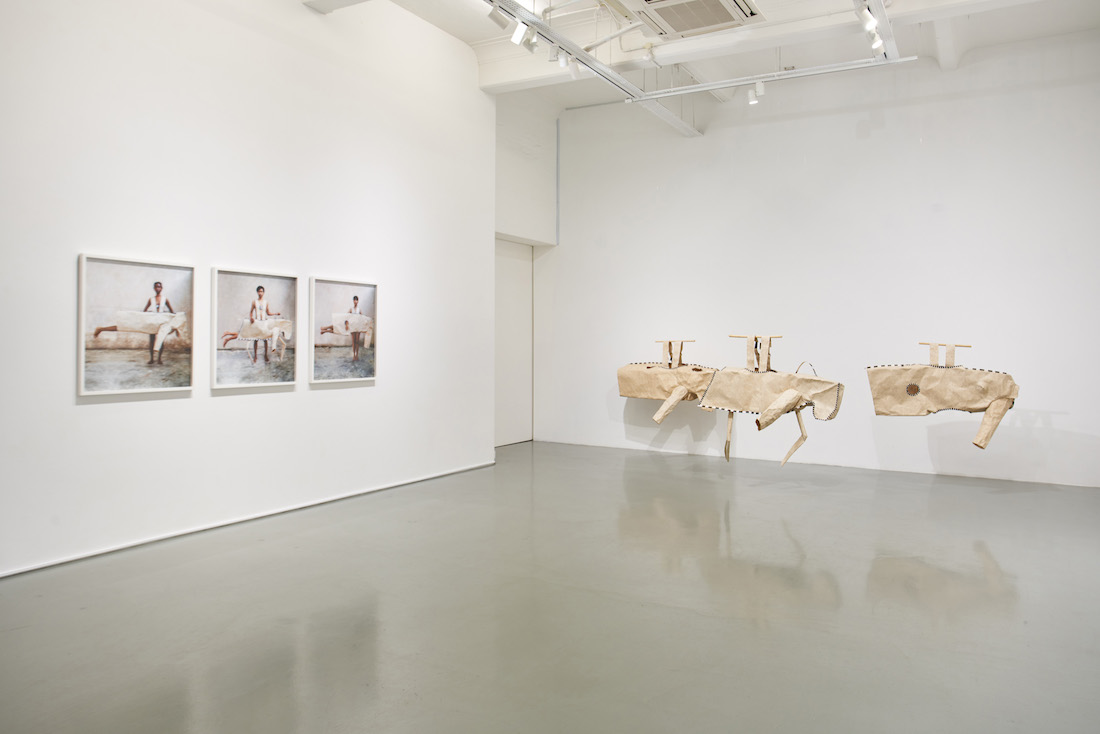 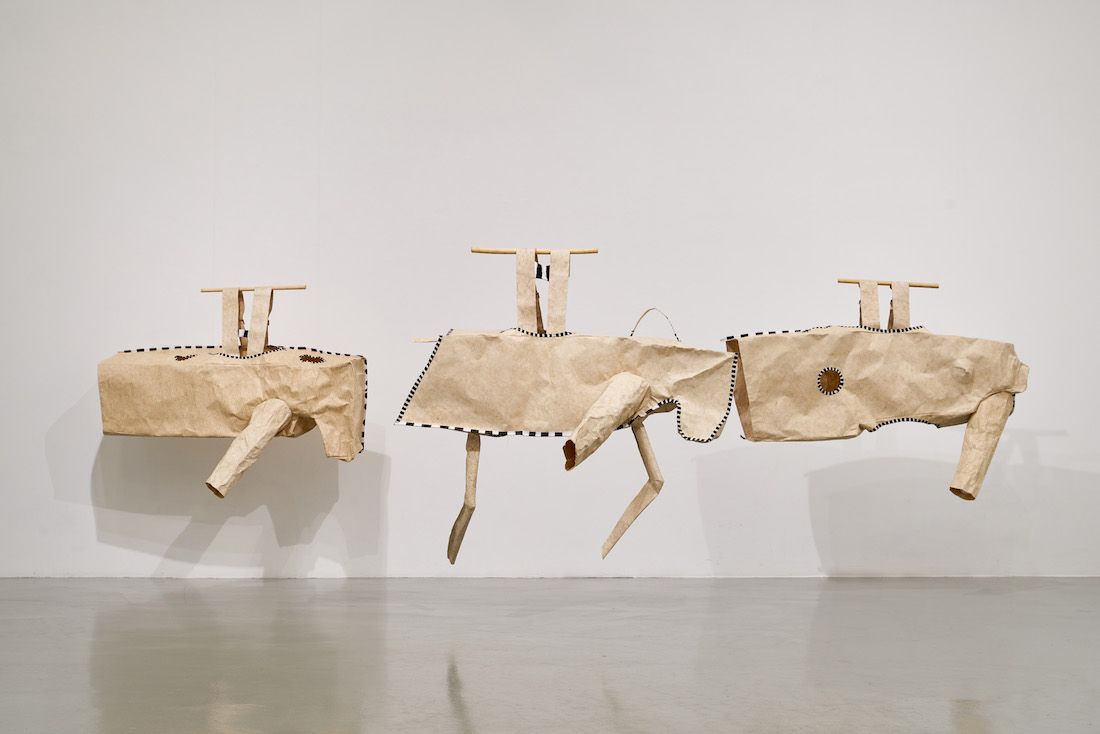 The issue of an artwork’s completion is a perennial one that will incessantly linger in an artist’s mind until he or she claims that it is decidedly finished. Or alternatively, until the artwork reaches the sight of its first public audience, customarily at an exhibition’s vernissage. In fact, in the 19th century, the word vernissage (originally French for “varnishing”) refers to the day before an exhibition’s opening, when artists were invited to varnish and put finishing touches to their paintings, in situ, consequently celebrating the completion of their artworks.

Since then, we have attended vernissages more often as private views, where it is inevitably understood that the artworks presented are finished unless stated otherwise. But what does completion entail in an artwork, are there any observable properties in its assessment? How does one decide to refrain from making significant changes and choose to cease the cycle of making and unmaking? There are so many pluralities regarding states of completion, the process towards it can even be shown simultaneously in completed works. It is also probable for artworks to display perpetual states of completion and incompletion.

The punctuation mark “‽” on this exhibition’s title signifies a question that is also an exclamation — to represent the thin transitional states of completion/incompletion before an artwork’s genesis. This group exhibition aims to survey works of artists of an array of mediums, studio practices, and ways of looking, as well as their thoughts on the process of completing a work. Through the works of Agan Harahap, Albert Yonathan Setyawan, Julian Abraham “Togar”, Melati Suryodarmo, and Mella Jaarsma, It’s done‽ will attempt to provide us with further understanding of the range of possibilities, considerations, and approaches concerning the finishing of an artwork. Agan Harahap (b. 1980, Jakarta, Indonesia) graduated with a BA in Graphic Design from the Indonesian Design School (STDI), Bandung, Indonesia in 2005, after which he moved to Jakarta and worked as a senior photographer for Trax Magazine. Since his first solo exhibition SAFARI at RUANGMES56, Yogyakarta in 2009, his works have been featured in a range of exhibitions, including: Apa Kabar? at Showroom MAMA, Rotterdam, The Netherlands (2019); Hello World. Revising a Collection at Hamburger Bahnhof – Museum für Gegenwart, Berlin, Germany (2018); Traces of the Future: Contemporary Southeast Asia at Mizuma Art Gallery, Tokyo, Japan (2017); and The Social Realism of Agan Harahap at Mizuma Gallery, Singapore (solo, 2017). In his studio practice, he has maintained a fascination with the art of photo manipulation often combining satire or parody with social commentaries. Harahap lives and works in Yogyakarta, Indonesia. Albert Yonathan Setyawan (b. 1983, Bandung, Indonesia) graduated with a PhD in Ceramic Art from Kyoto Seika University, Kyoto, Japan in 2020 and a MFA in Ceramics from Bandung Institute of Technology, Bandung, Indonesia in 2012. His ceramic works incorporate different mediums such as drawing, video, installation and performance art. He has exhibited inside and outside Japan including: Contemporary Worlds: Indonesia at the National Gallery of Australia, Canberra, Australia (2019); SUNSHOWER: Contemporary Art from Southeast Asia 1980s to Now at Mori Art Museum, Tokyo, Japan (2017) and the Kaohsiung Museum of Fine Arts, Kaohsiung, Taiwan (2019); TERRENE at POLA Museum Annex, Tokyo, Japan (solo, 2017). He was one of five artists exhibited in the Indonesian Pavilion with the theme Sakti, a concept taken from Indonesia’s rich cultural heritage at the 55th Venice Biennale in 2013. Setyawan has undertaken artist residencies at Canberra’s Strathnairn Arts Association, Australia (2016); and The Japan Foundation at Shigaraki Ceramics Cultural Park, Shigaraki, Japan (2009). Albert Yonathan Setyawan lives and works in Tokyo, Japan. 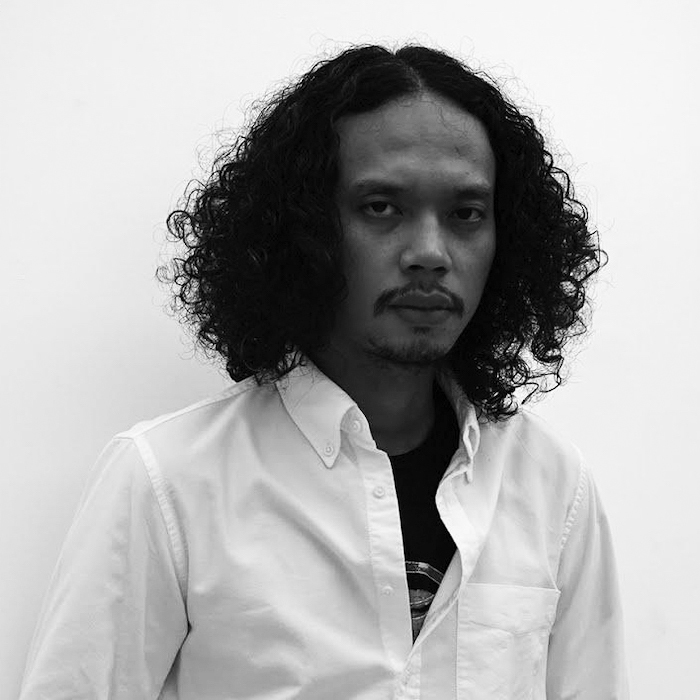 Julian Abraham “Togar” (b. 1987, Medan, Indonesia) studied Broadcast R-TV & Film at the Indonesian Communication Academy (2005-2011) and Electronics at the Medan Institute of Technology (2013-2015). He is a drummer, musician, and a professional jammer. Togar is concerned with the relationships and connections between art, the environment, science and technology. His works have been presented in exhibitions in Indonesia and abroad, including: ONLINE: Viral Self-Portraits at MG+MSUM – Moderna Galerija/Museum of Modern Art + Museum of Contemporary Art Metelkova, Ljubljana, Slovenia (2020); Unorganised Response at Auto Italia South East, London, England (2019); Diabethanol, for the 21st Sydney Biennale, Cockatoo Island, Sydney, Australia (2018); Ulah Tanah at RUCI Art Space, Jakarta, Indonesia (solo, 2019); Bodies of Power/Power for Bodies at Cemeti Institute for Art and Society, Yogyakarta, Indonesia (2018); Manifesto 6.0 Multipolar at the National Gallery of Indonesia, Jakarta, Indonesia (2018). Togar currently lives and works in Amsterdam, Netherland, as a resident artist of Rijksakademie Van Beeldende Kunsten (2020-). 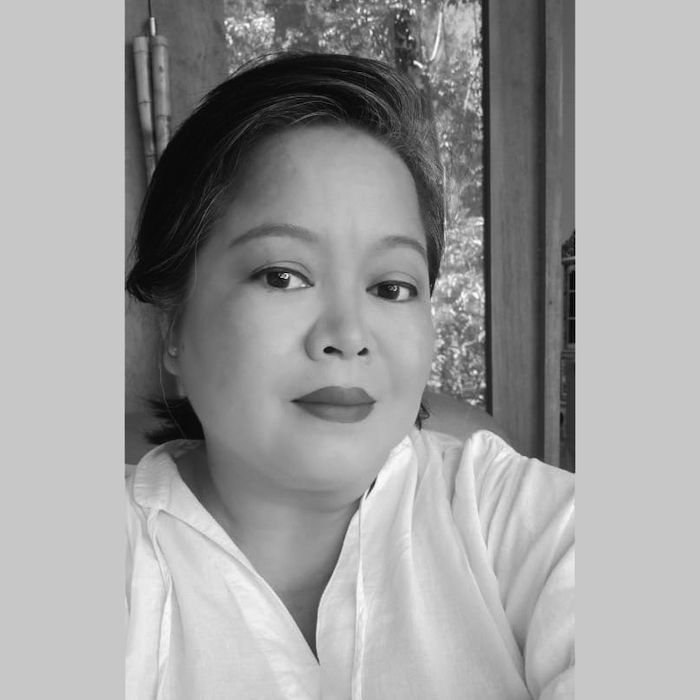 Melati Suryodarmo (b. 1969, Surakarta, Indonesia) graduated from Padjajaran University, Bandung, Indonesia and the Braunschweig University of Art, Braunschweig, Germany with a degree in Fine Art (1994-2001) where she was under the tutelage of Anzu Furukawa and Marina Abramović. In 2002, she completed a Postgraduate Program (Meisterschule) in Performance Art at the Braunschweig University of Art, Braunschweig, Germany. Her performances deal with the identity and relationship between the human body and the environment surrounding it exploring cultural, social, and political aspects. She has exhibited and performed around the world since 1996, including: Bangkok Art Biennale 2020: Escape Routes, Bangkok, Thailand (2020), Why Let the Chicken Run? at Museum MACAN, Jakarta, Indonesia (solo, 2020); Memento Mori at Singapore Tyler Print Institute, Singapore (solo, 2019), SUNSHOWER: Contemporary Art from Southeast Asia 1980s to Now at Mori Art Museum, Tokyo, Japan (2017). She has undertaken residencies at the Watermill Center, New York, USA (2012) and Manila Contemporary, Manila, the Philippines (2011) to name a few. Since 2007, she has been organizing Undisclosed Territory, an annual performance art event at Padepokan Lemah Putih, Surakarta, Indonesia. Melati Suryodarmo lives between Indonesia and Germany. Mella Jaarsma (b. 1960, Emmeloord, The Netherlands) studied at Minerva Academy in Groningen (1978-1984), Art Institute of Jakarta (IKJ) in 1984 and the Indonesian Institute of the Arts (ISI) in Yogyakarta, Indonesia (1985-1986). Known for her intricate costume installations and focus on forms of cultural and racial diversity embedded within them, her works have been exhibited worldwide including: ARTJOG: Resilience at Jogja National Museum, Yogyakarta, Indonesia (2020); In Ravel Out at ResArtist Project Space, Melbourne, Australia (solo, 2019); Dunia Dalam Berita at Museum Macan, Jakarta (2019); Setouchi Triennale, Japan (2019), Thailand Biennale, Krabi, Thailand (2018); 20th Sydney Biennale (2016) at the Gallery of New South Wales, Sydney, Australia (2016); GSK Contemporary – Aware: Art Fashion Identity at the Royal Academy of Arts, London, UK (2010) and many others. Mella Jaarsma lives and works in Yogyakarta, Indonesia, where she co-founded Cemeti Gallery (then Cemeti Art House, now Cemeti Institute for Art and Society) with Nindityo Adipurnomo, organizing exhibitions, projects and residencies while being an active board member of the Indonesia Visual Art Archive (IVAA).